Wovensound and Ihasamic! take collaboration to an entirely new level with their new single “End Simulation

Wovensound and Ihasamic! take collaboration to an entirely new level with their new single “End Simulation 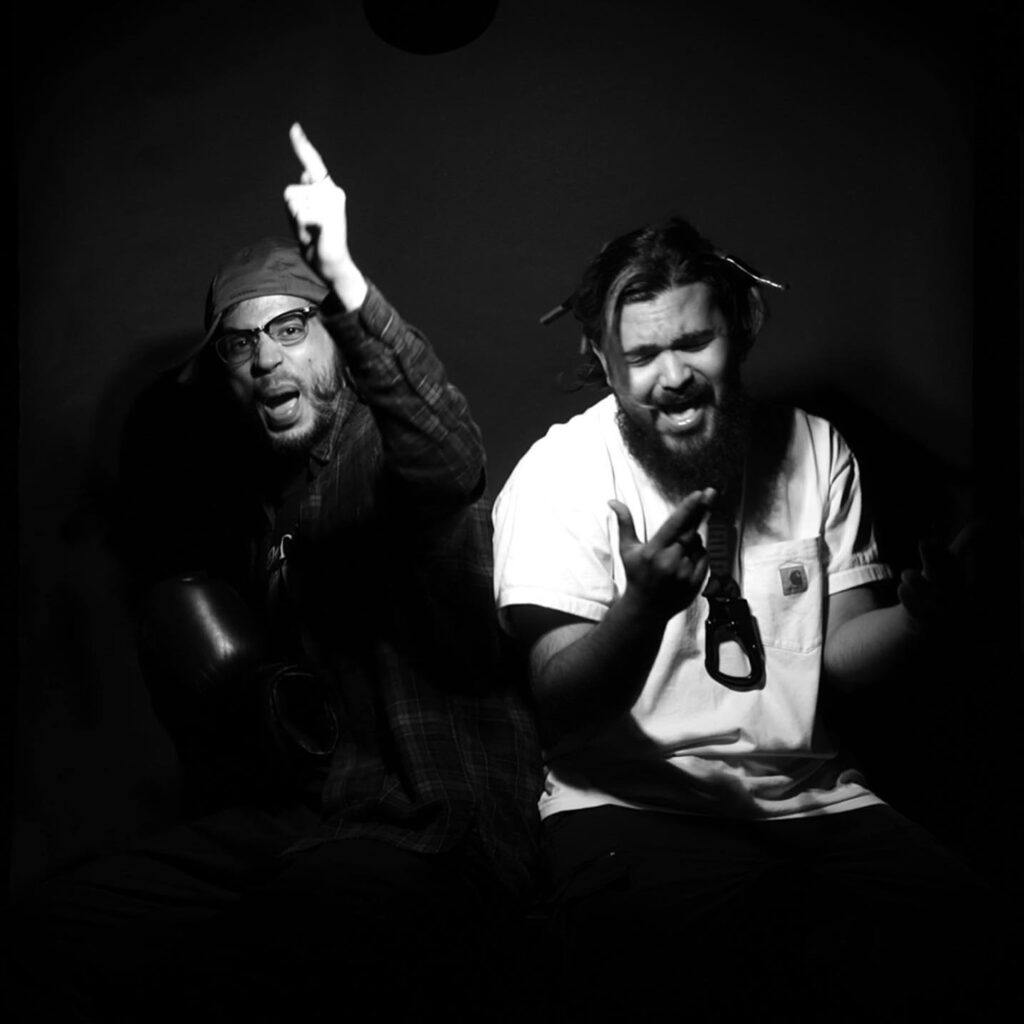 Exploring the outer limits of their signature sound with sprawling instrumentation, both artists took their love for drum n’ bass-influenced rap-rock and turned it into a colossal anthem that is palatable for the modern audience.

“The song feels like lightspeed travel,” describes Ihasamic. “It’s smooth yet heavy-hitting. The subtle and not so subtle switchups in the instrumentation make you feel the journey as if there’s wind in your face while you’re racing through the void of space.”

With its skittery beats and stadium-sized ambitions, “End Simulation” brings to mind Linkin Park’s Hybrid Theory with drum n’ bass flavor or a hip-hop version of Nine Inch Nails’ Hesitation Marks. But instead of screaming into the abyss, “End Simulation” openly shares the feeling of constantly racing on unstable ground, “disillusioned with the idea that everything is going to be okay.”

“This song is a tribute to two great things that I love: Linkin Park and sci-fi shows like The Matrix, Blade Runner, and more,” Wovensound says in a statement. “It’s a heavier turn apart from the other tracks on the EP, with some heavy guitars included in the mix. This is also a collaboration with a long-time friend, Yello Dicaprio.”

The multi-talented producer had Mt. Eden in mind when making the first chorus, resorting with the slow, half-time groove before switching to a more abrasive, industrial-sounding banger.  Wovensound adds, “then when the groove switched up, we went into a Meteora vibe, which is one of the albums close to my heart. We decided to incorporate heavy guitars during Ihasamic!’s rap verses for a more aggressive feel.”