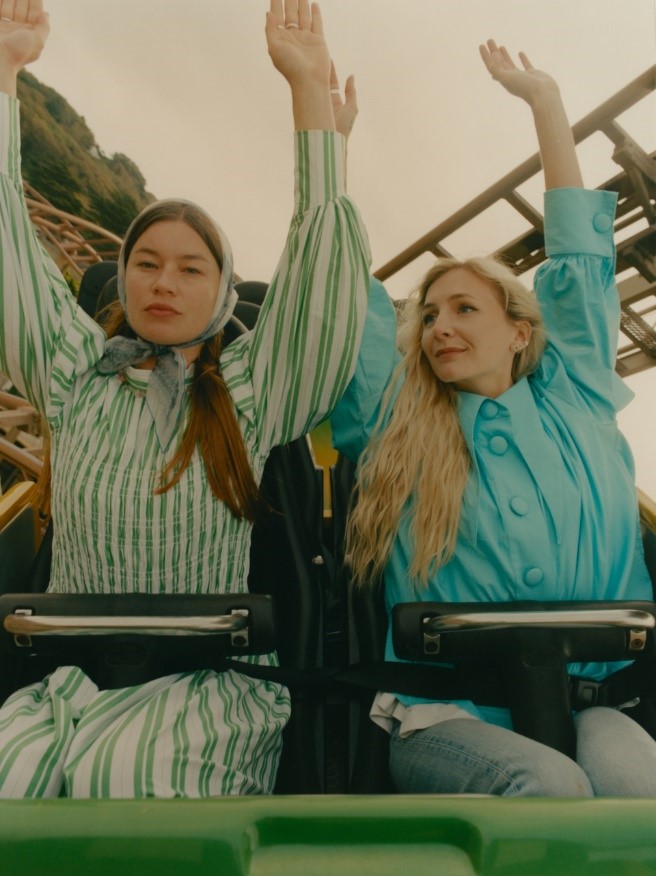 With the release of Wet Leg’s self-titled debut album just over a month away (due April 8th), the Isle of Wight duo (Rhian Teasdale and Hester Chambers) are pleased to unveil their new single “Angelica”.

Named after Rhian’s oldest friend, “Angelica” was recorded in Hester’s living room, by bandmate Joshua Mobaraki. A mixture of the absurd (“She brought lasagne to the party”), the sardonic (“I don’t wanna listen to your band”) and social angst (“I look at my feet then I look for the door”), it’s a trippy, synth-kissed journey through parties and regrets. “It’s laced with disenchantment,” Rhian says. “Even though the chorus is ‘good times, all the time’. That’s just impossible, isn’t it?”

The video – self-directed by the band – was shot on the island and is an unbridled record of Rhian and Hester’s friendship complete with high-kicks, fisticuffs, kiss-and-make ups, vast amounts of hair and even more dancing.

Watch the video for “Angelica” here.

Additionally, the sold out “Chaise Longue” 7” from last year is getting a repress and is available to buy here.

Several of the band’s US dates have been upgraded, and additional UK in-stores have been added due to demand. The band have also been announced for BBC 6 Music Festival in Cardiff. Full details can be found below.

Wet Leg is available to pre-order on exclusive clear vinyl (with a 7” of two non-album tracks) via the band’s webstore, standard vinyl, cassette, CD and digitally. A variety of merch (T-shirt, print) is available as a pre-order bundle too. Pre-order: Wet Leg Store | Digital

25th May – Berghain/Kantine, Berlin – sold out