WESTLIFE is coming back and will be bringing ‘The Wild Dreams Tour’ to Manila!

WESTLIFE is coming back and will be bringing ‘The Wild Dreams Tour’ to Manila! 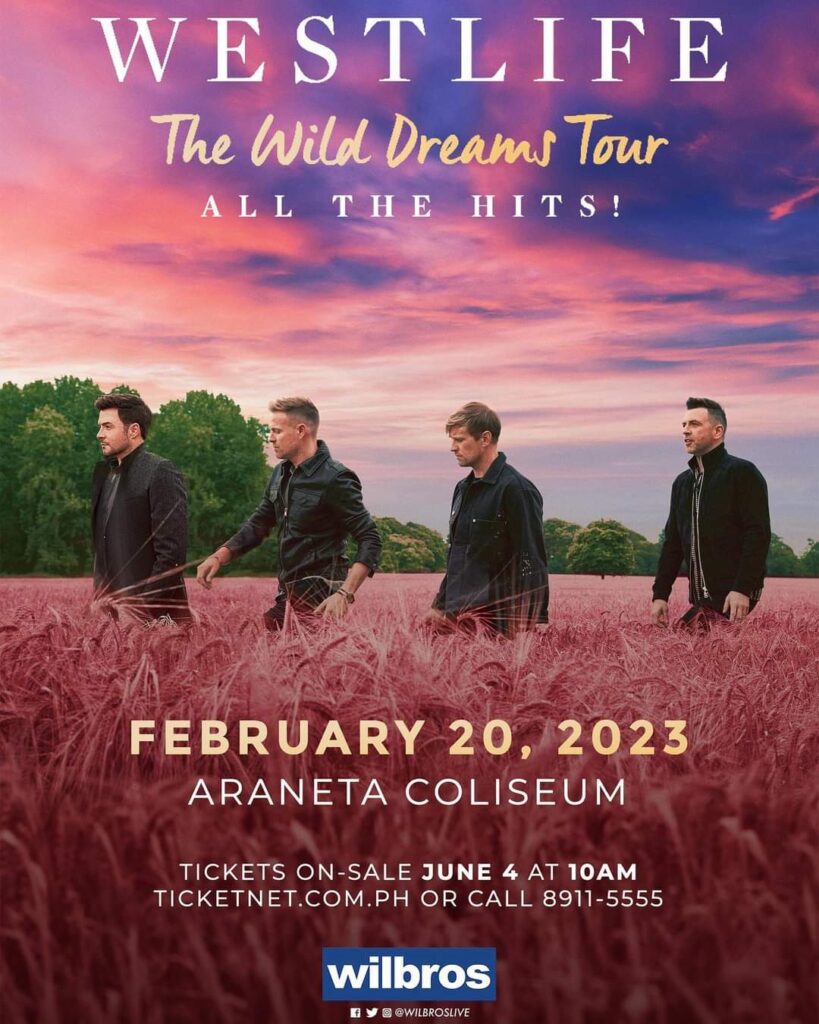 WESTLIFE is coming back and will be bringing ‘The Wild Dreams Tour’ to Manila! Supporting their latest album, Wild Dreams, and celebrating their greatest hits, the band will be performing in MANILA on February 20, 2023 at the Araneta Coliseum.

Following their record-breaking 2019 reunion tour ‘The Twenty Tour’ which saw Shane, Nicky, Mark and Kian play over 600,000 fans across 27 countries. The new tour will see the global pop kings perform songs from the new album plus all their well-loved hits including ‘Swear It Again’, ‘Flying Without Wings’, ‘If I Let You Go’, ‘My Love’, ‘Uptown Girl’, ‘A World Of Our Own’, ‘Unbreakable’, ‘Mandy’, and ‘You Raised Me Up’.

Westlife have sold over 55 million records worldwide, and are the only band to have their first 7 singles enter the UK chart at No.1. They also have the most singles of any artist to debut at No.1 in the UK. Overall the band has had an incredible 14 No.1 singles, behind only Elvis Presley and The Beatles. They have had 33 No.1 albums worldwide and as a live act have sold 5 million concert tickets worldwide.

Presented by Wilbros Live. Tickets to WESTLIFE: The Wild Dreams Tour in MANILA will be on-sale beginning June 4 at 10AM via TicketNet.com.ph and at all TicketNet outlets nationwide.