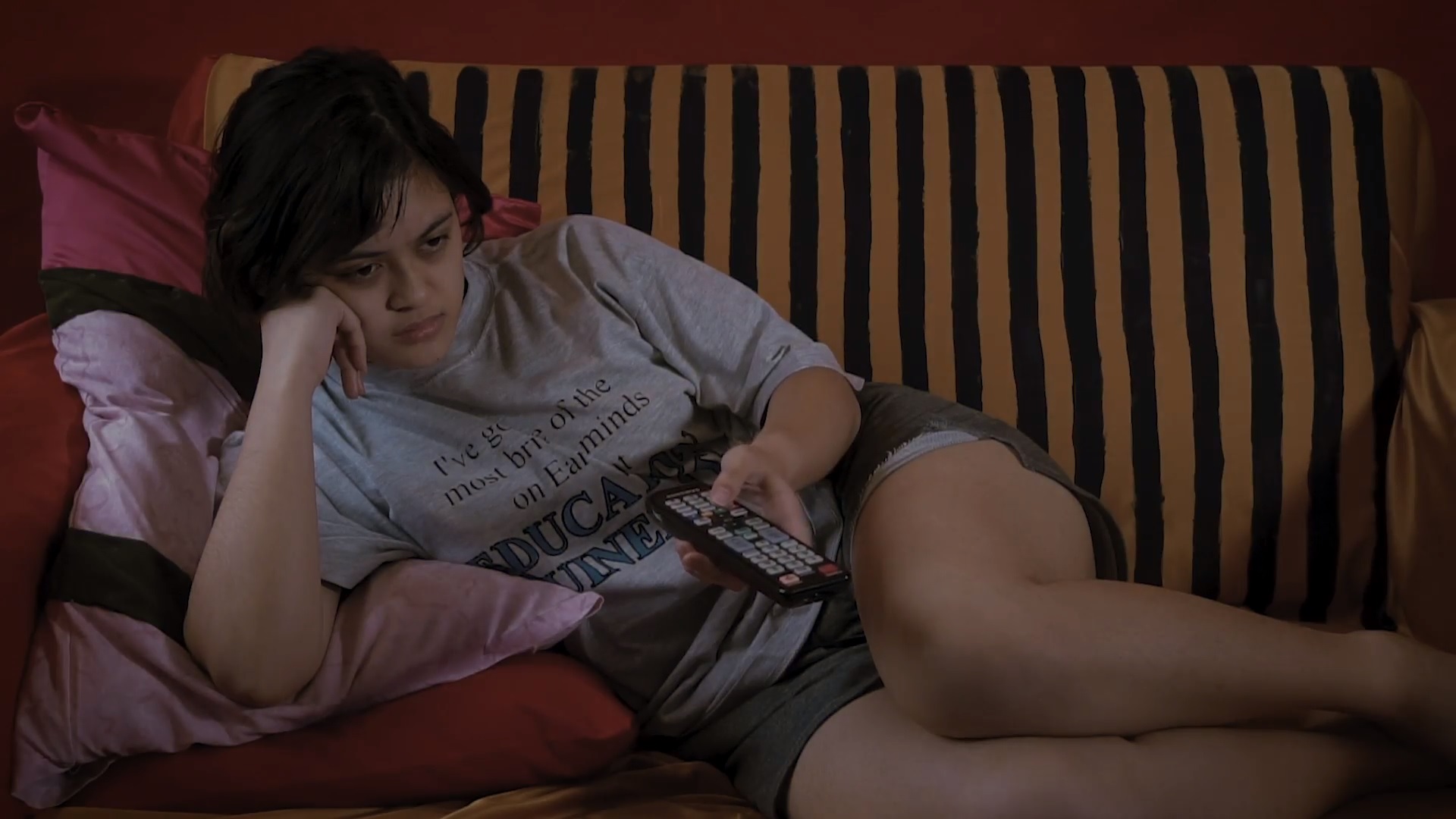 A student filmmaker from De La Salle-College of Saint Benilde bagged the Best Film award in an online film festival organized by an Ilonggo student organization as part of its mental health-related project.

Trixie Vertera’s “Gayuma” bested nine other finalists in the FilAr Peace Film Festival, one of three “interventions” presented by the Augustinian Communicators’ Guild (ACG) “to promote and raise awareness in battling the war against mental health issues.” ACG is an organization of AB Communication students from the University of San Agustin in Iloilo.

In “Gayuma,” a woman (Pau Carranza), who is suffering from a midlife crisis, falls under the spell of television commercials that claim to be the solution to her problems.

Vertera, who made the film during the pandemic as one of the requirements for her Production Design class, revealed that she was inspired by Suzanne Valadon’s painting “Woman Reclining on A Sofa.”

“People were left helpless, either trapped inside their own homes or stuck without a home with death just waiting around the corner. We are all lost in different ways. Sometimes we look for answers in the wrong places and end up being deceived, broken, and trapped in a constant battle with ourselves,” the young filmmaker explained.

“Being inside a labyrinth does not mean that there’s no way out. I want people to know that sometimes, we have to take a step back and breathe,” she added.

ACG organized FilAr, which comes from the words “film” and “art” and refers to the word “pillar,” in cooperation with the Office of the Vice President’s Angat Buhay Youth program and Teach Peace Build Peace Movement Inc. The student organization held the event from February 18 to March 25 to “change the way we see mental health and attaining inner peace, through the medium of film and art.”

The organizers aim to use the event, with the theme “Inner peace, stepping stone to societal peace,” as a foundation to raise awareness and prevention.

“Our inner peace affects how we perceive peace in a larger context. Peace always starts within ourselves, and once this peace is distracted, the society is threatened as well. Discrimination, prejudice, and hatred bloom,” ACG shared in a statement.

“Gayuma” previously won the Audience Award in the Manila Student Film Festival, an annual event managed by the International School Manila High School Film Club. It was also part of the official selection of the Sinedisipulo X Film Festival, an interschool film event organized by CINEMATA of the University of San Carlos in Cebu, from March 11 to 19 this year.