TRIPLE THREATS concert series, featuring Poppert Bernadas in “Ang Musika, ang Teatro at Ako,” will not push through on December 21, 2022

TRIPLE THREATS concert series, featuring Poppert Bernadas in “Ang Musika, ang Teatro at Ako,” will not push through on December 21, 2022 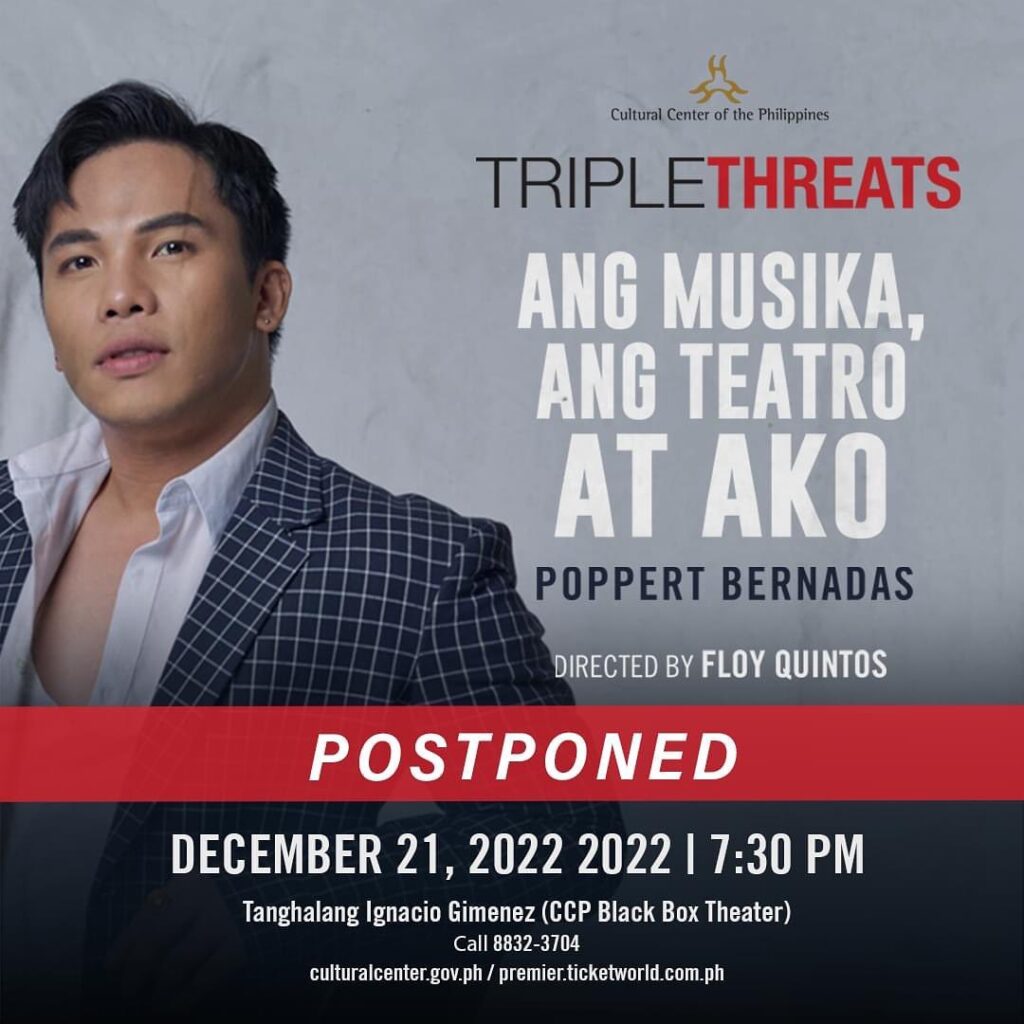 THE Cultural Center of the Philippines regrets that the third installment of the TRIPLE THREATS concert series, featuring Poppert Bernadas in “Ang Musika, ang Teatro at Ako,” will not push through on December 21, 2022 (Wednesday).  Instead, the concert will happen on January 14, 2023 (Saturday), 7:30pm, at the same venue, the Tanghalang Ignacio B. Gimenez (CCP Blackbox Theater).

The postponement is due to a viral infection (not Covid) which has affected Poppert’s vocal cords.  Although he is able to sing, pushing through would mean that his repertoire of 14 songs would have to be reduced to just 10, at most.

The artist feels strongly that this reduction would be unfair to his loyal audience.  Even if the show has been sold out, Poppert has chosen the more difficult task of healing fully and performing the full repertoire he has been rehearsing.

The CCP has always been supportive of young Filipino artists through the Triple Threats concert series.  Poppert has proven his talent, passion and dependability over the past years.  We fully understand his reasons for asking for a postponement.  We readily acquiesced to his request and provided a new date.

Tickets to the December 21 concert will be honored on the new concert date. But those who bought and would no longer be able to watch on the new date have the option to refund or exchange their tickets for another CCP show. For refunds and inquiries, please email salesandpromotions@culturalcenter.gov.ph