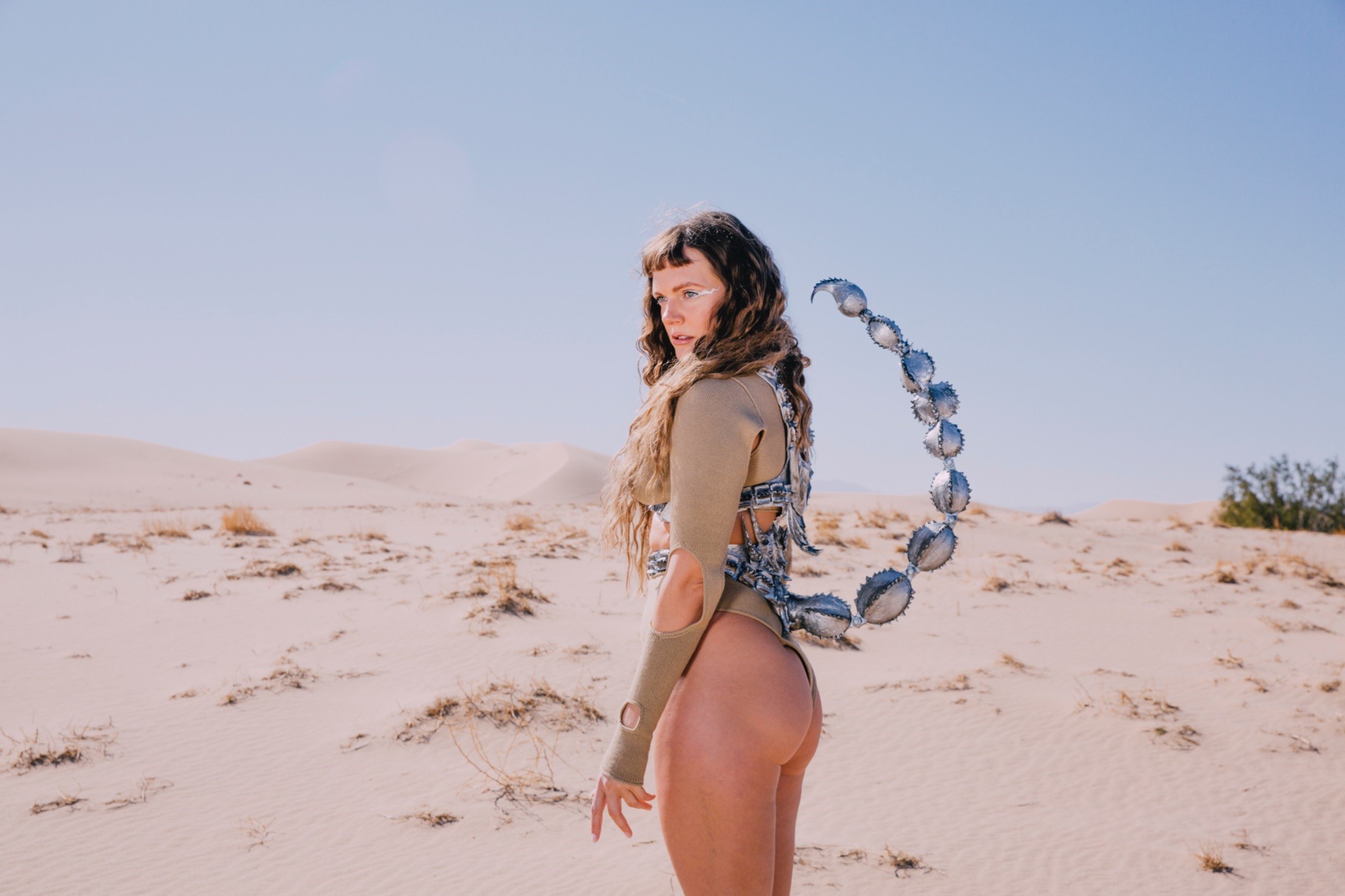 Speaking on her highly anticipated forthcoming full-length, the Swedish superstar shared: “Dirt Femme is about me and my relationship with my femininity. When I started out as a writer and an artist, I used to view my feminine traits as weaker and would enhance my masculine traits to get ahead in life. I feel a big energy shift in my environment since then and this album reflects the various ways my feminine side has both helped and hurt me.” She continues “I’m a pansexual woman married to a straight man. I believe masculine and feminine lives on a spectrum in all humans. There are so many more interesting nuances than most people want to accept. Songs on this album will contradict each other, will probably upset some of you, will make you want to dance, cry, fuck and drive your car really, really, fast. It’s extremely personal as always which is why it’s so hard to describe in just a few words. It’s all my feelings, thoughts and questions put together in under 50 minutes with no answers. But I know that I always feel relief and connection when a song just speaks to my emotions without telling me what to do about them. I hope this album reaches that little secret pocket in your heart where all the real stuff is hiding.”

‘True Romance’, written with and produced by Timfromthehouse, is the second song to be released from this new, exciting, and introspective era, what is now also revealed to be from a larger body of work. “Take a life for me. You know I’d do it instantly. In danger of a true romance. We are meant to be. I’d die for love and loyalty,” she sings. “I don’t like the real world. It’s tough out in the real world. Let’s go back to our world.” Speaking about the collaboration and how the track came together, Tove explains, “We both had a need to write something different and dramatic. It took me three days to get the lyrics right, but I recorded it in one take. The lyrics are based on the movie True Romance, destructive love at its best and worst.”

Setting the scene for the track is the accompanying visualizer, filmed in the desert outside of Los Angeles earlier this year. The Kenny Laubbacher directed clip “captures the emotional journey of the song perfectly,” according to Tove.

Watch the official music video to “No One Dies From Love” HERE.

Tove Lo is currently on tour this summer and fall, making stops across North America, Australia, Europe and the United Kingdom. She recently wowed crowds at Governors Ball in New York City, Bonnaroo in Tennessee and will be returning to the North American festival circuit on July 28, at this year’s Lollapalooza Festival in Chicago. For a full list of tour dates, go to: https://www.tove-lo.com/tour

Tove Lo has also announced the launch of her own record label Pretty Swede Records with mtheory, creating an independent platform for her artistry. “It’s amazing,” she smiles. “I have a lot of freedom, and it’s been fun to work with mtheory. This will be the first release under my label. I’m a pop girl, but I like to make things weird and be in full control of the whole vision. This is the perfect way to put out exactly what I want.”