This September and October, THE IKARUS THEATER COLLABORATIVE together with THE LANGGAM PERFORMANCE TROUPE, DEUS SEX MACHINA and PRAXIS LITERARY COLLECTIVE invites you to THEATER BYTES, a festival of plays that tells our stories, a peek into the hearts of six inspired auteurs, with three daring theater companies at the helm. 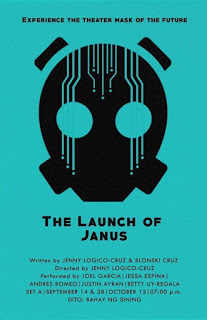 THE LAUNCH OF JANUS explores the idea of ‘advancing’ the creative process, specifically what would happen if technological intervention eventually replaces the very tools that we hold dear as artists, which are human imagination and effort.

THE LAUNCH OF JANUS is written and directed by Jenny Logico-Cruz and Blonski Cruz, and performed by THE LANGGAM PERFORMANCE TROUPE starring Joel Garcia, Betty Uy-Regala, Andres Romeo, Jessa Espina, and Justin Ayran. 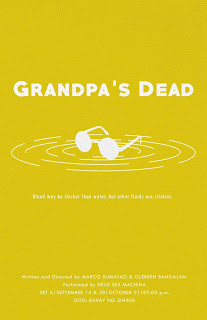 An embarrassing conversation about sex, identity, family politics, relationships, and inappropriately-timed propositions ensues when Oscar spots Tom and moves to the back pew. Things get even more awkward when Margaret joins them and confesses to killing Elroy.

GRANDPA’S DEAD is co-directed by Marco Sumayao and Glerren Bangalan and performed by DEUS SEX MACHINA. 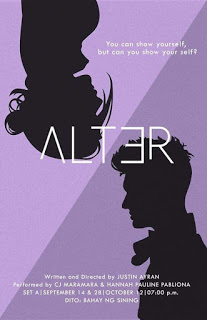 When it comes to questions of intimacy and identity, are we able to become who we truly are in this alternate world? 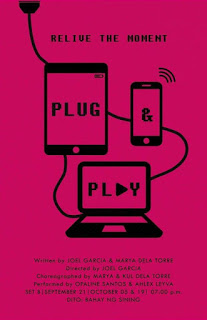 Ever wonder how it all started? Experience the fun and exciting moment as we use the first PLUG & PLAY for Ikarus’ very first home at DITO: Bahay ng Sining

PLUG AND PLAY is written by Joel Garcia and Marya Dela Torre, and performed by Ahlex Leyva and Opaline Santos. 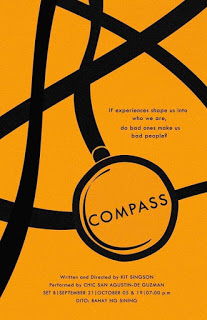 Many events in our lives can now be preserved through technology like web messaging and voice recordings in everyday depositories of permanence like phones and computers. This gives us the opportunity to look back on, and probe into our experiences more objectively and more specifically to answer the vague but truly human question of “Why am I?”

COMPASS is written and directed by Kit Singson and performed by Chic San Agustin-de Guzman. 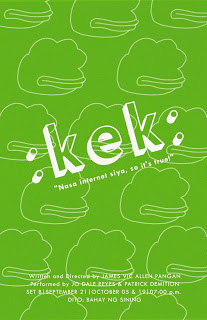 :kek: is written and directed by James Vic Allen Pangan and performed by Jo Dale Reyes and Patrick Demition.

For tickets and inquiries, please message Jay at 0956.052.6896. or visit their Facebook page: https://m.facebook.com/ikarustheatreco/