The Japan Foundation, Manila (JFM) continues its legacy of bringing in riveting films that depict the Japanese ways and culture at different times

The Japan Foundation, Manila (JFM) continues its legacy of bringing in riveting films that depict the Japanese ways and culture at different times 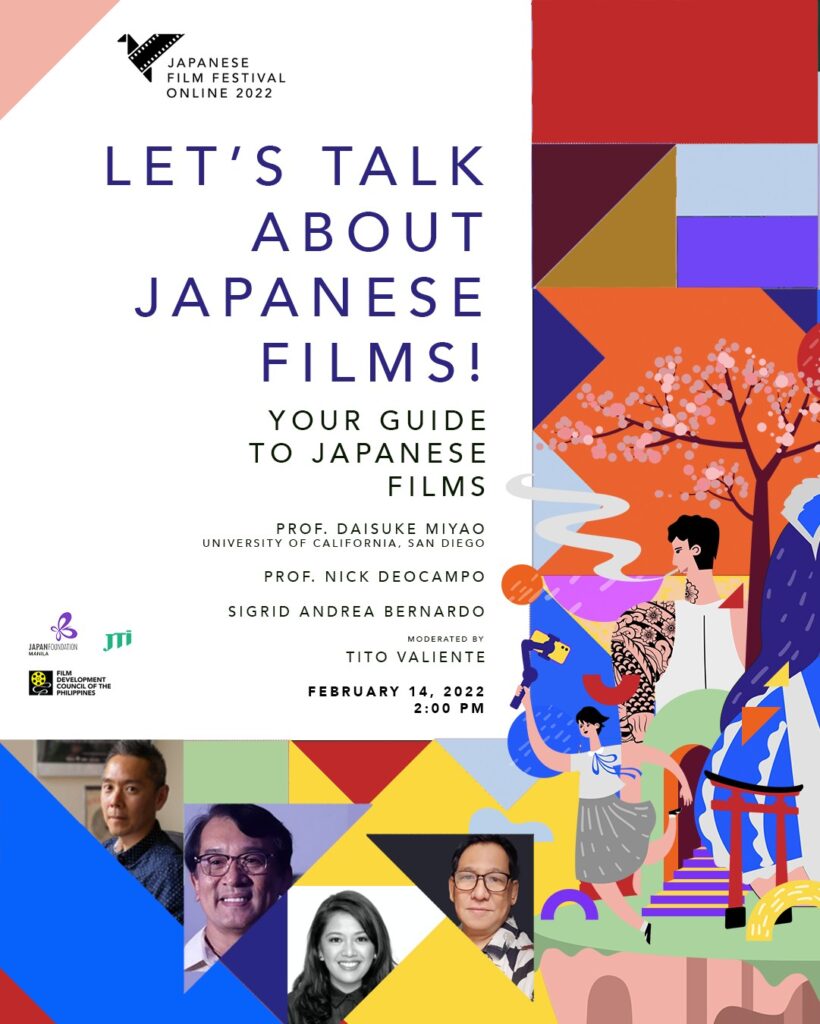 The Japan Foundation, Manila (JFM) continues its legacy of bringing in riveting films that depict the Japanese ways and culture at different times. Building from the success of the Japanese Film Festival Online in 2020, this year’s virtual edition features 20 impressive and diverse films that viewers can watch at the comfort of their homes from Feb. 14 to 27.

“Films have intangible impacts on our society. We watch films to be entertained, to be educated, to escape from the humdrums of daily life, and to travel beyond space and time. This is at the heart of the Japanese Film Festival – to share glimpses of Japanese culture to the world, one cinematic experience at a time,” says JFM Director Mr. SUZUKI Ben.

From bittersweet coming-of-age stories to thriller, sci-fi, comedy, documentaries, animation, and heartbreaking ones, these films promise to leave viewers something memorable.

In addition to online film screenings, the Japan Foundation, Manila prepared “Let’s Talk about Japanese Films!” a 2-part free online talk event and will be available to interested participants even outside the Philippines. Join in the discussion with prominent and young up-and-coming film professionals as they casually talk about the influences of Japanese cinema in the Philippines and the world and tips to watch Japanese films. Additionally, there will be online campaigns throughout the festival where viewers will get the chance to win exclusive JFF freebies!

The films will be screened via the JFF Online website:  https://watch.jff.jpf.go.jp/. Viewers can access the portal and watch the films through their smart TV, computer, mobile phone or similar gadget with access to the Internet.