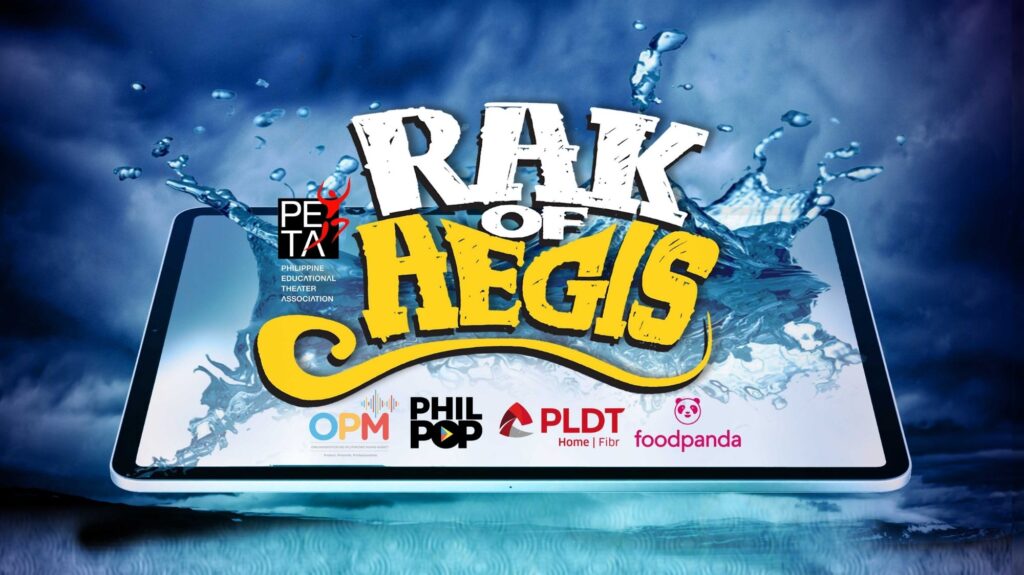 A treat for theater fans and OPM lovers! Philippine Educational Theater Association (PETA) together with Organisasyon ng Pilipinong Mang–Aawit (OPM), The Philpop Musicfest Foundation (Philpop), PLDT Home Fibr, and Foodpanda, are proud to present the pay-per-view streaming of the jukebox musical Rak of Aegis on July 31, August 1, 7, 8, 2021 via www.ticket2me.net.

The Rak of Aegis online streaming is part of the Linggo ng Musikang Pilipino (LMP) 2021 celebration, and the banner project of the #TakePETAbeyondCOVID campaign, a fundraising drive that aims to help PETA survive this unprecedented time.

“As a non-profit organization that operates with the narrowest of margins, PETA has been heavily impacted by the COVID-19 pandemic. Our lack of a steady income source for a year now has had some devastating effects on our company and our people,” shares PETA President Cecilia B. Garrucho.

It is certainly not an easy time for many artists and cultural institutions like PETA. Garrucho adds: “Despite our best efforts, we had to let go of 20% of our staff, while implementing across the board pay cuts for over a year. While we are proud that we have been able to keep going, we are painfully aware that there are over a hundred people –  our community of artists, production staff and crew, who have lost so much work during the pandemic, because of all our cancelled workshops, events, and shows.” 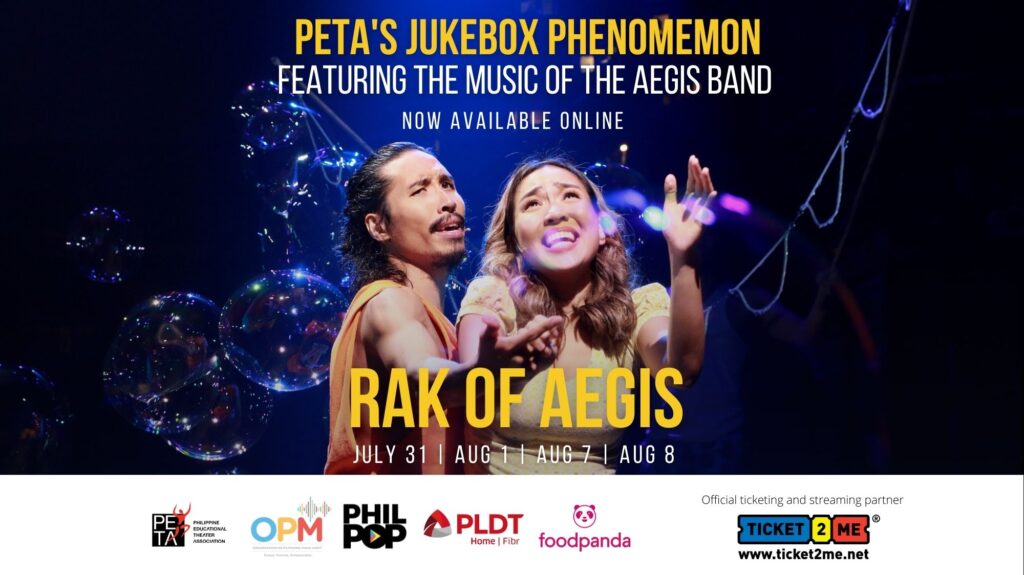 The streaming is also PETA’s way of showcasing and celebrating Original Pilipino Music and Filipino talent, while providing a much-needed message of hope to Filipinos all over the world. Featuring songs from the popular 90’s band Aegis, the jukebox musical tells the story of impoverished community Barangay Venezia, which has been submerged in floodwater for two months.

Since 2014, Rak of Aegis has captured the hearts of audiences with its humor, music, and messages of resiliency, family, and community. Now, finally, Villa Venezia and its well-loved residents will grace screens, with a newfound relevance to the show’s message.

This streaming of Rak is a testament that the resilience of those in Villa Venezia exists not only in the play, but also in the Filipinos trying to navigate through the COVID-19 pandemic, and in the artists who have strived to survive and thrive despite the crisis currently faced by the local theater industry.

“Getting our company, and industry, back up and running is critical for the future vitality of the arts and culture sector in general,” says Garrucho.

“We need the help of each of you, members of our community, to bridge our financial gap until the curtain can rise again, so that we can continue to enrich the lives of as many Filipino people through theater,” Garrucho appeals. 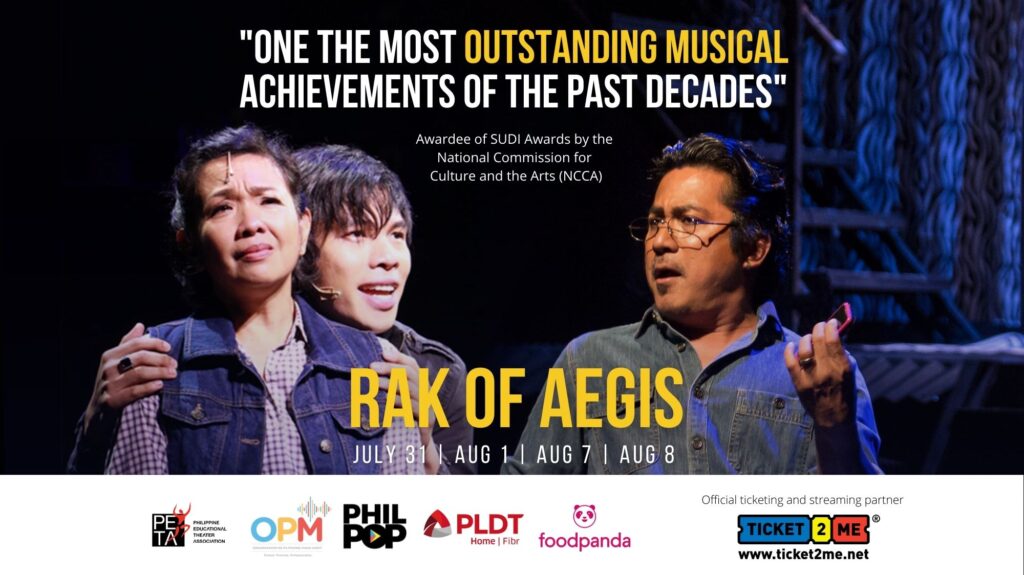 Rak of Aegis is written by Liza Magtoto and directed by Maribel Legarda, with musical direction and arrangement by Myke Salomon, choreography by Gio Gahol, set design by Mio Infante, lights design by Jonjon Villareal, costume design by Carlo Pagunaling, and shoe design by Maco Custodio.

Tickets are on sale starting May 7, 2021 via www.bit.ly/rakofaegisstreaming

Audiences can choose from the following viewing options:

Those looking to make even more of an impact can make an additional donation to PETA through www.ticket2me.net (for donations 500 and up), or through PETA’s Gcash account.