Before I begin with the topic for this article, I would like to make a disclaimer that everything that is written on this article does not represent Teatro Pinas as a whole. This article might contain personal views and opinion about how I feel and observed in other performances in the past. Art as a whole gives liberty to the artist to share and tell his or her stories, ideas, message and other important details that he or she would want to send across to the audiences. 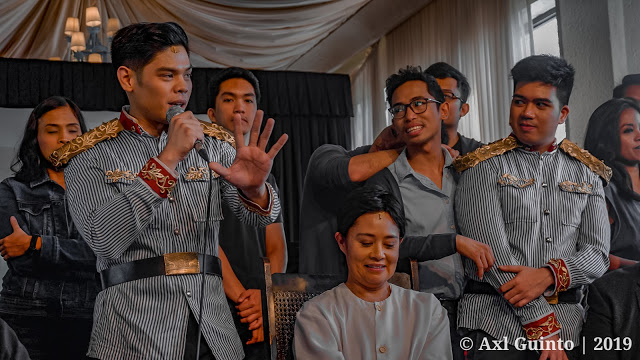 Theatre or performing arts a whole is a safe ground for everyone to share their stories, so as the writers. In writing we find freedom in sharing our views, opinions and stories that we feel that we needs to be shared to people. I know that I’m new in the writing industry, but as a young writer it took a lot of courage for me to ask this specific question that has been echoing in my head during the presscon of Tanghalang Pilinipino’s Mabining Madirigma a Steampunk Musical. Since I feel safe whenever I’m with any Theatre company and as an artist myself, I have this understanding that we all share the same level of consciousness and awareness, so I dropped the question anyway.

At the back of my head, I was thinking whether I asked the right question or not, but I personally stand for my truth so as the other artist who fights for the same truth. We all born free and we are all free to seek for the truth and the question to the same pool of people that had the same idea. Whilst listening closely, my heart was actually pounding. My intention was not to insult anyone, but rather to seek clarity whether my judgment is wrong or not. 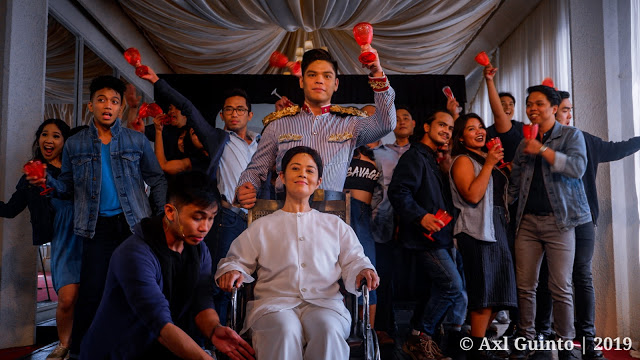 The stage actor Phi Palmos, who will play the role of Pule and an ensemble shared his insights and his judgment regarding the question, he said:

“It is good that we can create a discourse on what really happened there,

“It is important that we also cultivate that kind of understanding of finding your truth,

“It’s important that we try to look into something and then cultivate our own truth from the facts that had been presented.”

“Theatre after all is always an experience, what is it that you’ve experienced and then create your own world and then share it to other people.”

Meanwhile, Meynard Peñalosa who will play the role of Benito Legarda and Mark Twain who will give a big surprise on stage also shared his insights. Meynard also played a role in the recent stage performance by Repertory Philippines that featured the life of Emilio Aguinaldo, the President of the Philippines’ first Republic. He said, “Ito po ang importante, ang mga dayuhan, at hindi natin pagkakaisa ay iyon ang puno’t dulo kung bakit tayo nag-struggle as a nation.”

At this point, I think he is right. It’s not a matter of who is wrong and who is right, what we need is to be united instead of fighting with our fellow countrymen. Yes, there’s nothing wrong in presenting each sides of the story, but what we need is to learn from it and acknowledge the mistakes of the past and plan for better future rather than holding grudges about what has been done in the past. 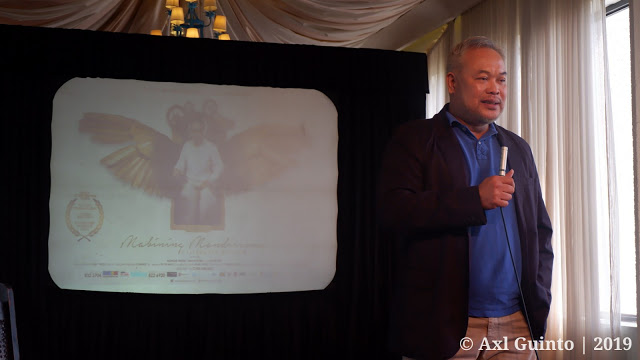 The director of Mabining Mandirigma a Steampunk Musical, Chris Millado also responded to the question. He actually acknowledges and mentioned the performance that I’m pertaining. Of course theatre is not for closed-minded individuals, everyone takes every details seriously and analyze it. The director said, “Yung musical ng Miong at musical ng Mabining Mandirigma, I think is a very important development in terms of how we do musical theatre productions in the Philippines.”

“I think there’s no better way to discuss history that through musical theatre productions. Better than going through online, and just like cursing each other and being anti-intellectual. I think we should give kudos to Repertory Philippines and Tanghalang Pilipino for tackling this kind of issue in a very serious, studious, creative, if not celebratory way. I think there’s no other way to do discourse than that.”

I absolutely agreed to his point, that the Philippine Theatre industry is actually getting progressive and not being biased on one side that many of us believed is right. 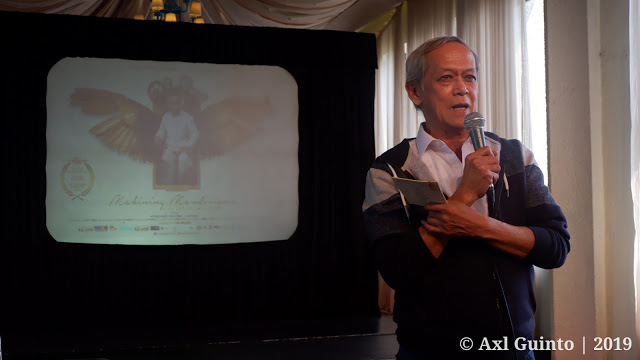 Lastly, the strong words from the Artistic Director of Tanghalang Pilipino himself, Nanding Josef.

How I see things during the presscon, everything was purely coincidence, but not just a simple coincidence, it was a good one. At least the youth will be able to see the two sides of the story and not just believe in the hearsay. It is also good that people would have the liberty to analyze and contemplate about their own truth. It is not being divided but it’s more of being free to think and hold on to your own truth. Another thing that also have an impact was the release of “Ang Babae sa Septic Tank 3” which also tackles about historical revisionism. It the series, there are two significant lines that linger in my kind first “If it’s not written, it did not happened.” while the other one “Hindi dahil may kapangyarihan ka, kaya mo nang palitan ang kasaysayan.” Which made a great impact in all forms of art and media.

For me personally, there’s nothing wrong in discussing the past or the history. What’s more important is for us to plan ahead and learn from the mistakes of the past and never do it again in the future. Time may pass by but if we will not learn from the history the same cycle will repeat itself or worst harm us.