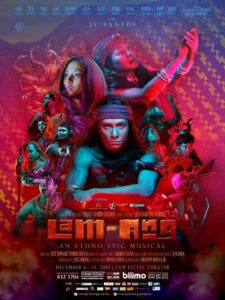 Are you ready to see the biggest Ethno-Epic Musical of the year?

The oldest among the folk epics in Luzon, get ready to witness “Lam-ang,” an Ethno-Epic Musical with this amazing cast and artistic team:

and the Tanghalang Pilipino Actors Company

Tickets at PHP 1000 | PHP 1500
Available at the CCP Box Office, Ticketworld, Ticket 2 Me, Blimo and the Tanghalang Pilipino office.