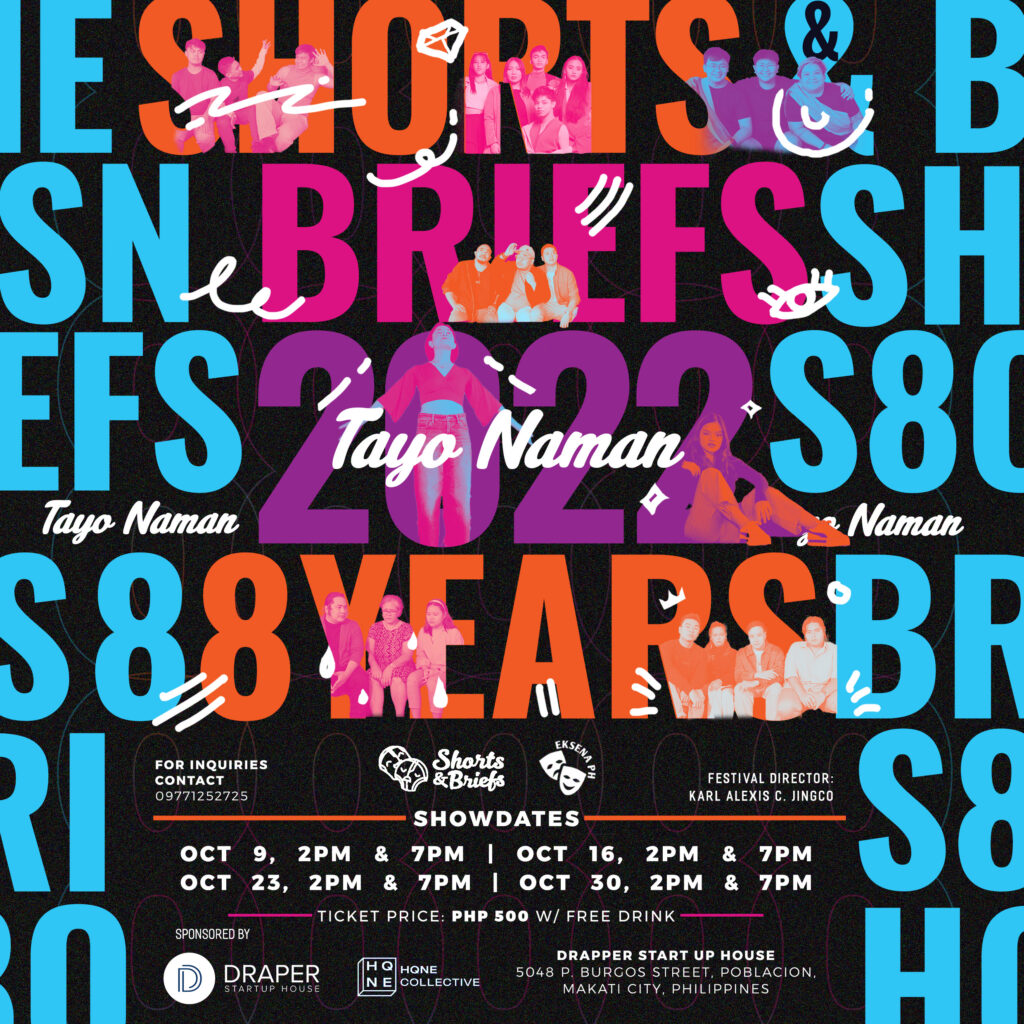 This year the THEME is “CHILDRENS BOOK but make it ART”. Featuring Filipino Children’s book specifically chosen by the Directors to play and reimagine for the stage to serve as a unique way of storytelling. 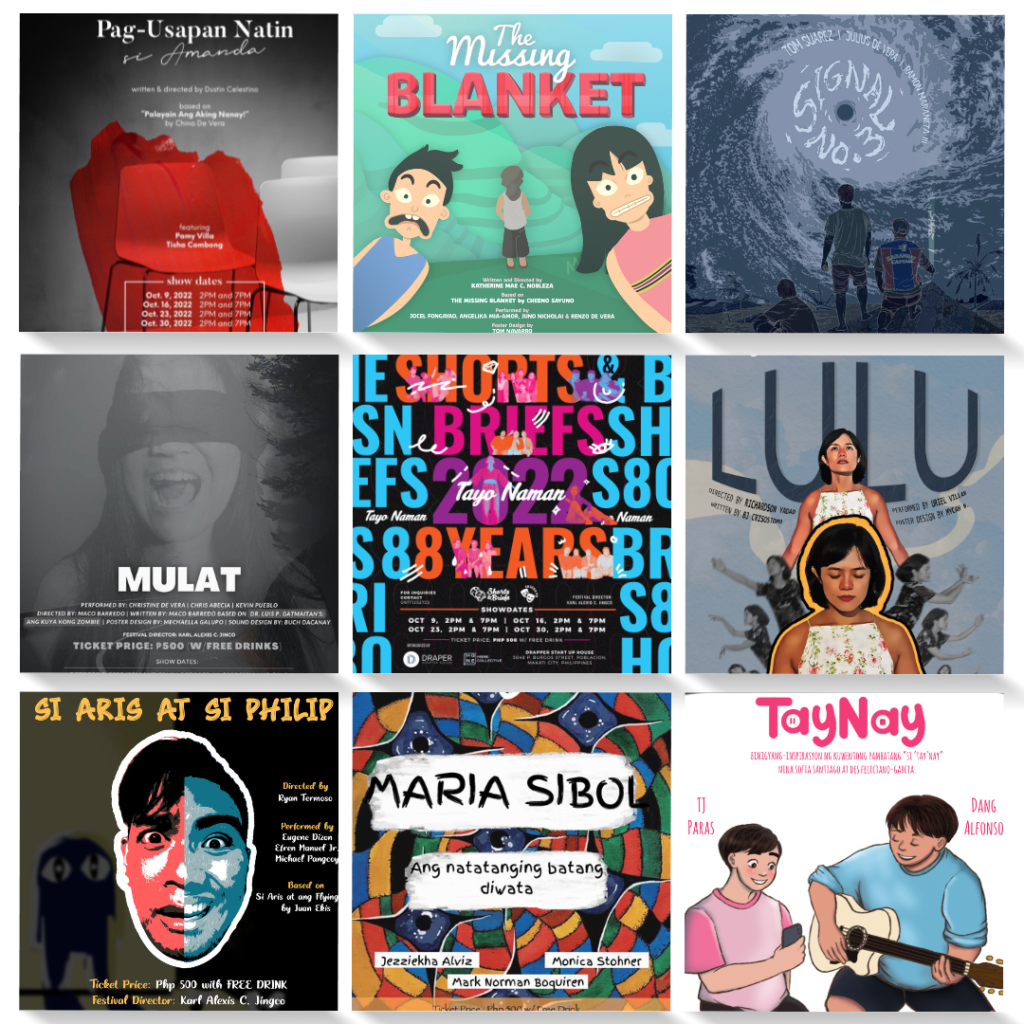 The plays are as follows:

BJ Crisostomo’s “LULU” (unpublished), about a little girl and struggles of life to be Directed by Richardson Yadao, current Dancer and Choreographer of ALICE REYES DANCE PHILIPPINES, now exploring the world of storytelling through movement;

Sofia Santiago’s “SI TAY NAY”, discusses the beauty and struggles of a Single Parent to be Directed by EC who is a storyteller and an LGBTQ+ advocate;

Dr. Luis Gatmaitan’s SIGNAL No. 3” is about Typhoon preparations and chaos to be Directed by ER Alviz, a Film maker from the music and advertising world trying his storytelling using Live Theatre;

Dr. Luis Gatmaitan’s “ANG KUYA KONG ZOMBIE”, about the effects of staying late nights and darkness which was reimagined into a new play called “MULAT” to be Directed by Maco Barredo, a returning thespian from the corporate world;

China de Vera’s “Palayain ang Aking Inay” is about a child whose mother is a political prisoner, adapted for stage with its new stage title “Pagusapan natin si Amanda” written and to be directed by Dustin Celestino, who is a veteran featured playwright for the virginlabfest and now making its debut as a Stage Director;

Juan Ekis’ “SI ARIES AT ANG FLYING IPIS” (unplublished) is about a friendship between Aries and the Ipis to be Directed by a Young Film Maker from Laguna Ryan Termoso whose background in film making trace to his exposure on church services;

Mark Boquiren’s “Maria Sibol” (soon to be published) is about a naughty fairy and and her adventure to be directed by Jezziekha Alviz, a young mom/ film maker/ student of MINT College who wants to create and tell stories.

Shorts & Briefs started in 2015 to have a safe space for 1st timers and aspiring creators to collaborate and just create.  An initiative of Festival Director Karl Alexis C. Jingco, a theatre Practioner whose works revolves around IMPROV and INCLUSIVE theatre, recently directed this years revisited play for the Virgin Labfest “Nay my Dala akong Pancit”. Since then S&B has been expanded to serve the larger theater community.

All 8 Shows of Shorts and Brief 8: TAYO NAMAN will have (FSL) Filipino Sign Language Interpreters.

For more information about the festival please follow them on their socials. “EKSENA PH” on Facebook and TIKTOK.

For tickets and other inquiries, please contact 09771252725 or message them on their social media.

It will be staged at DRAPER STARTUP HOUSE in Poblacion Makati, All Sundays of October starting October 09-30.

Showtime is at 2pm and 7pm every Sunday. DRAPER is a 90-seater venue, located at 5048 P. Burgos Street, Poblacion, Makati, Philippines.