The overall experience of watching Mabining Mandirigma a Steampunk Musical was absolutely entertaining and fun. The musical and it’s direction was honest, straight to the point and informative. It allowed its audiences to decide about the truth that happened in our history. The choreography and song numbers are all fine, same goes with the delivery of message and the intensity of emotions in every scene. 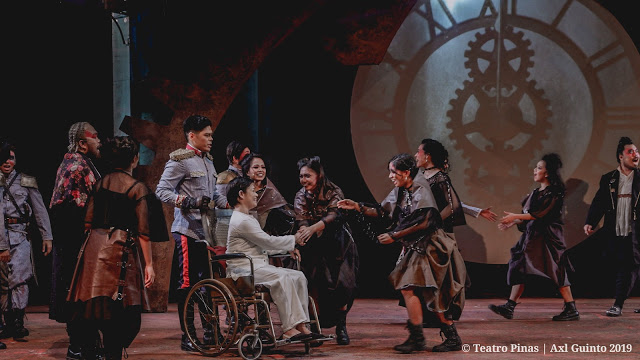 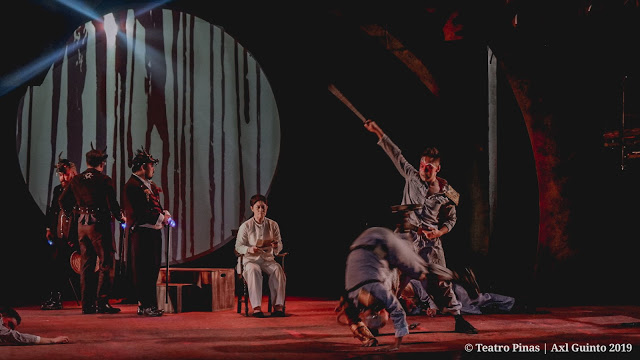 The overall visual and aesthetic of the stage was done with perfection, from the props, set design, projection, lights and costumes it was absolutely stunning. Although, there were scenes that could have been given a better blocking to emphasise the scene. For example the death of Juan Luna could have been blocked at the centre to emphasis the scene instead of Mabini being at the centre of the stage, but the careful use of projection to depict the death of Juan Luna made it more tasteful and artistic. Another highlight that could have been given more emphasis was, the formation of the first constitution. It could have been more intense and full of emotions to show how the Illustrados took advantage of the situation. 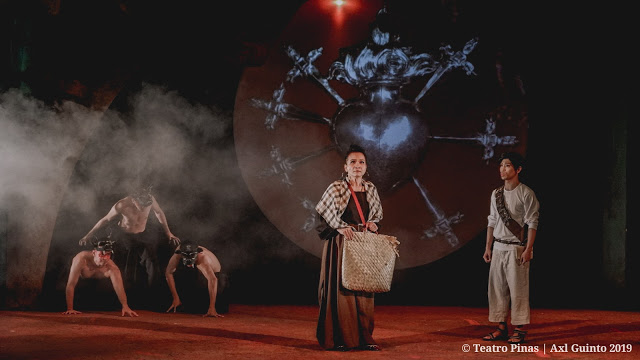 On her first appearance it feels like she’s just an ordinary actor among the crowd on stage, but during the second time that she appeared, it was completely different. Her energy and her performance level was from ordinary to beyond extraordinary, Mia Bolaños as Dionisia the mother of Apolinario Mabini. Her heartfelt appearance was quite impressive. She doesn’t need to stay long to create such massive impact to the whole development and buildup of the story. She delivered her lines so well that she touches my heart and consciousness. She dominated the whole scene whilst she was on stage. I feel like there’s no word would be enough to praise her. She’s truly remarkable. 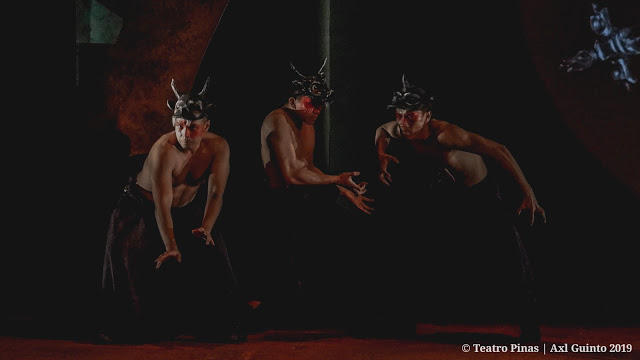 The three dancers who set the mood for some selected scenes were all versatile when it come to the changes of the choreography. Despite of being male they come on stage as genderless. They did what they must have to do, no doubts, no hesitation. 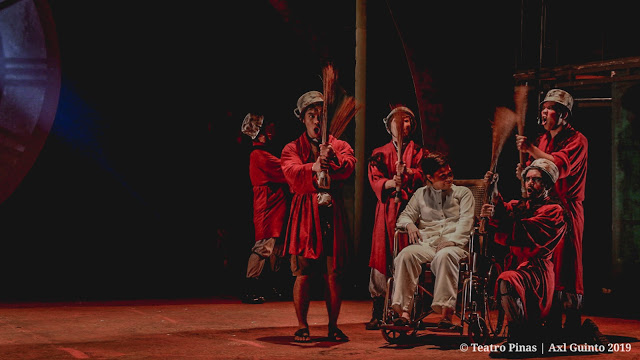 Paw Castillo as Pepe, has one of the best character development in the story. From a young innocent boy who have learned a lot during his whole journey, to an educated man. He gave justice to his character. Plus, his song number was so clear despite of the style. His character was underrated, but definitely would inspire many. 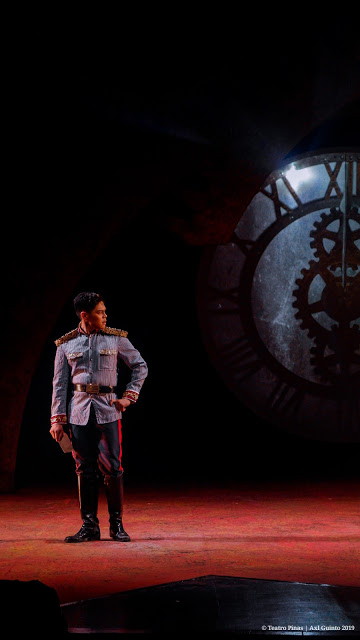 Arman Ferrer as Gen. Emilio Aguinaldo, he is the strongest beast in the jungle. That’s how powerful his performance was. There’s no sign of difficulties whenever he sing his songs, he made me feel that everything was so easy. The use of head voices were all clean, smooth and clear. He delivered his lines so well along with emotions needed for every scene. He gave emphasis on the human side of Gen. Aguinaldo, who has been situated between two grinding stones and how he fell into the bait of the rich and the powerful. His approach to his character was well choreographed and yet it appeared so natural. 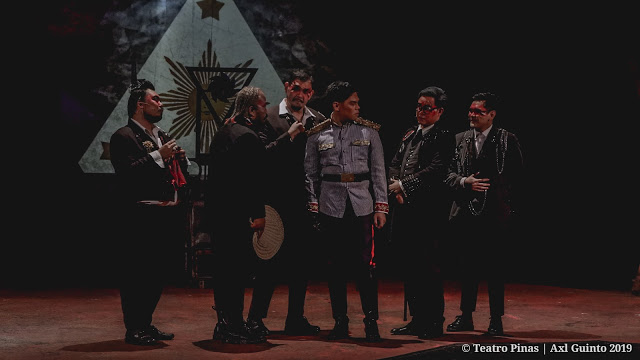 The Illustrados, yes they are rich and powerful at the time it is true that the Indios looked at them as a laughingstock. Which has been accurately depicted in the musical. It only proves that the cycle has been on and on since then. They are rich and powerful and we laugh at them but in reality we never get out of the cycle. They are the reminder and the musical reminds us that we have never learned from the same mistake in the past. We are moving towards modernisation but problems still exists. It was hilarious and yet sickening at the same time. 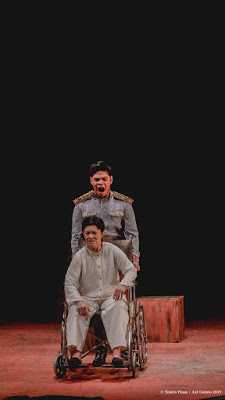 Monique Wilson as Apolinario Mabini, there are some arrangements that was not suitable for the phasing of how she must sing some songs. Considering the choices of words of it’s libretto for her to be able to clearly deliver the message of some scenes. There were times that there’s a disconnection between her voice and the phasing of the music. It feels like her voice needs to blast but the arrangement doesn’t suit her voice which I feel like she’s being limited on how she really needs to sing the song. She sounds suppressed same as her character. There are times that the sounds was low and slow for her voice in some parts during the first half. Musicality wise I can feel that she wanted to do more but the language could have been really challenging for her.

However, when it comes to the consistency of her emotions and her presence, she knows how to be felt by her audiences. She has this strong connection to her audiences. She doesn’t need to exaggerate everything to be felt. Her acting was so intense and she’s a good storyteller. Monique’s style of narrating is beyond her voice, that you would understand what she wanted to say as she speaks her heart out. You can clearly see and feel her emotions on stage.

To sum up the review, everyone did a great job on stage maybe a single article would not be enough to share how exciting this musical is. The review only focuses on some important notes during the performance.