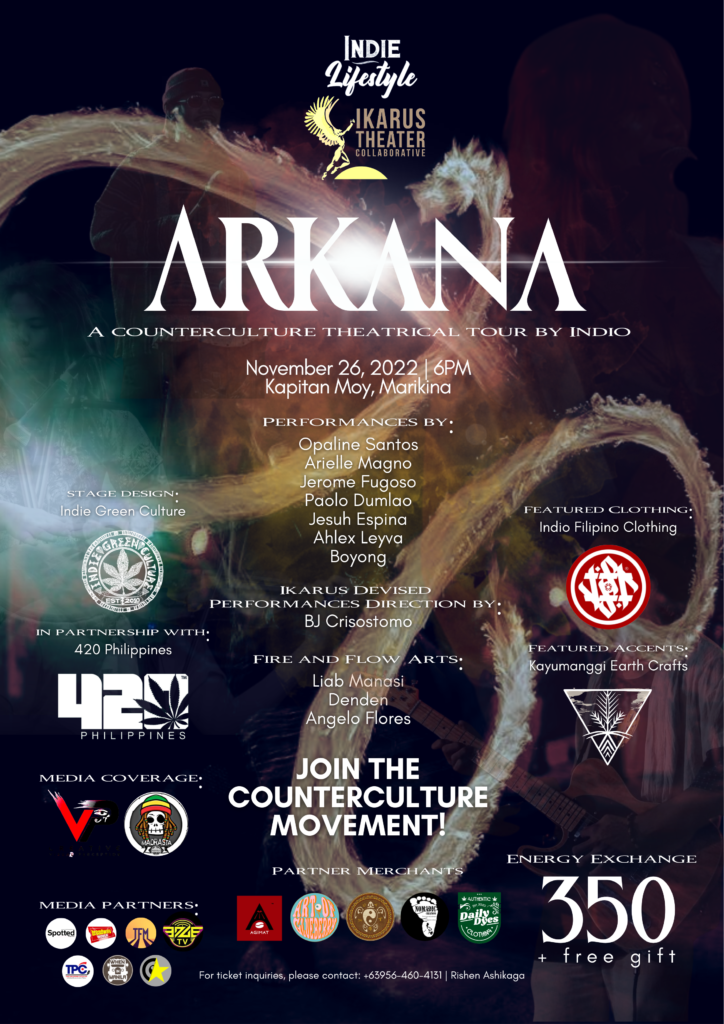 Contrary to typical band performers, Ind!o, a countercultural theatrical band is breaking the cultural norm through a theatrical tour of mystic and indie tribal performance.

While Ind!o band is known for their acts which feature spectacle, modern-ethnic fashion, and Bohemian principles, they are also recognized for their style of showcasing a performance with narrative lyrics and alluring instrumentals and accompaniments.

Arkana is also in a relevant partnership with Indio Filipino Clothing, 420 Philippines, and Indie Green Culture, who lead the local movements of counterculture and Filipino pagan culture. This is just the beginning of one of the many shows of Arkana, as it will be touring elsewhere in the following dates to be announced. Tickets are priced at Php350 (with gift inclusion).