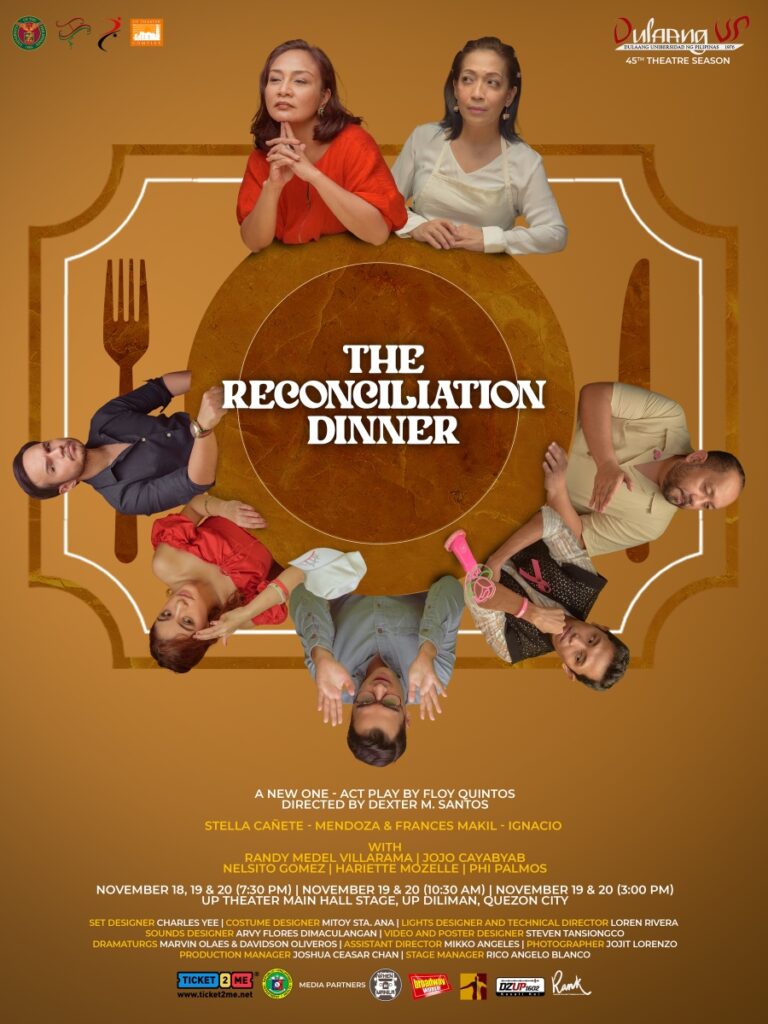 After two years, Dulaang UP raises its curtains again to welcome audiences back into the theater with its 45th Theatre Season dubbed as BALIKWAS: Tanaw. Tugon. Tindig. Season opener THE RECONCILIATION DINNER is a new one-act play by Floy Quintos, directed by Dexter M. Santos. This dark comedy headlined by Stella Cañete-Mendoza and Frances Makil-Ignacio will be available for on-site viewing at the University Theater Main Hall Stage in UP Diliman from November 18 to 20, and video-on-demand online streaming via Ticket2Me.

A gala benefit performance is slated on November 20, 7:30 PM to help jumpstart the company’s return to live performance and renovate DUP’s home theater, the Wilfrido Ma. Guerrero Theater. Proceeds will also go to efforts in institutionalizing the Antonio O. Mabesa Digital Archives of production scripts, video and photo documentation, and other theatre electronic resources. Heeding the call to remember, respond, and resist, DUP aims to preserve the legacy of its pillars and be responsive to the changes of the times.

For THE RECONCILIATION DINNER ticket inquiries and sponsorship, you may email us at dulaangup.upd@up.edu.ph or message our Facebook Page: Dulaang Unibersidad ng Pilipinas (DUP Official Page).