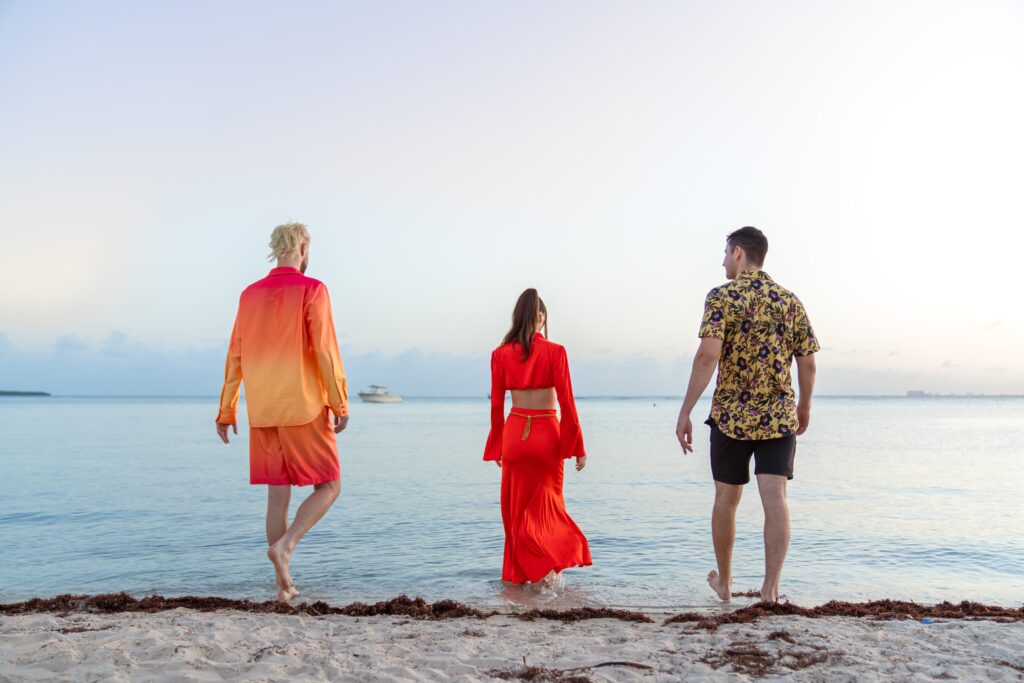 SOFI TUKKER share their new single “Sun Came Up” featuring Chicago phenom John Summit.  SOFI TUKKER’s world-centric brand of dance music has always been about bringing people together, and “Sun Came Up” is no exception. It’s a rapturous house track with intricate Spanish guitar work, made complete by Sophie’s breathy and ascendant vocals. In short, “Sun Came Up” feels like levitating.

“We made this song when we were deep in quarantine, while we were dreaming about the sun coming up, so to speak. We were dreaming about dancing with people again. It’s about being together, in darkness and in sunshine. And about being able to recall that experience over and over again in our imagination and memory. It’s both nostalgic and hopeful. Looking back and looking forward to that one perfect vignette of togetherness.”

“We’re fans of the dynamics of his music and really love what he added,” SOFI TUKKER say about the collaboration. “He’s a joy to work with–he works really hard and is a perfectionist like we are, constantly thinking about how to make the song better.”

“When SOFI TUKKER reached out to me to incorporate my club-focused sound to go along with their amazing songwriting it ended up turning into an extremely unique record that I’m so excited to be a part of. I’ve been a huge fan of them for years due to their distinctive songwriting style along with their amazing chemistry so I’m stoked we were able to create something special together.”

The pair first connected with John after they started playing his tracks during their wildly popular daily livestream DJ sets during quarantine and their friendship evolved. This month they hit #1 on the Beatport chart with John and Vintage Culture’s remix of SOFI TUKKER’s GRAMMY nominated single “Drinkee.”

SOFI TUKKER recently announced a series of live dates including Firefly, Gasparilla and Outside Lands. These will be the first in person live dates following over 300 livestreams during the pandemic.The group are also doing their first Las Vegas residency at Elia Beach Club where they’re doing monthly DJ sets, details for all live dates below. SOFI TUKKER recently did a special Safari live set to celebrate the new “Drinkee” remixes, Check it out here.