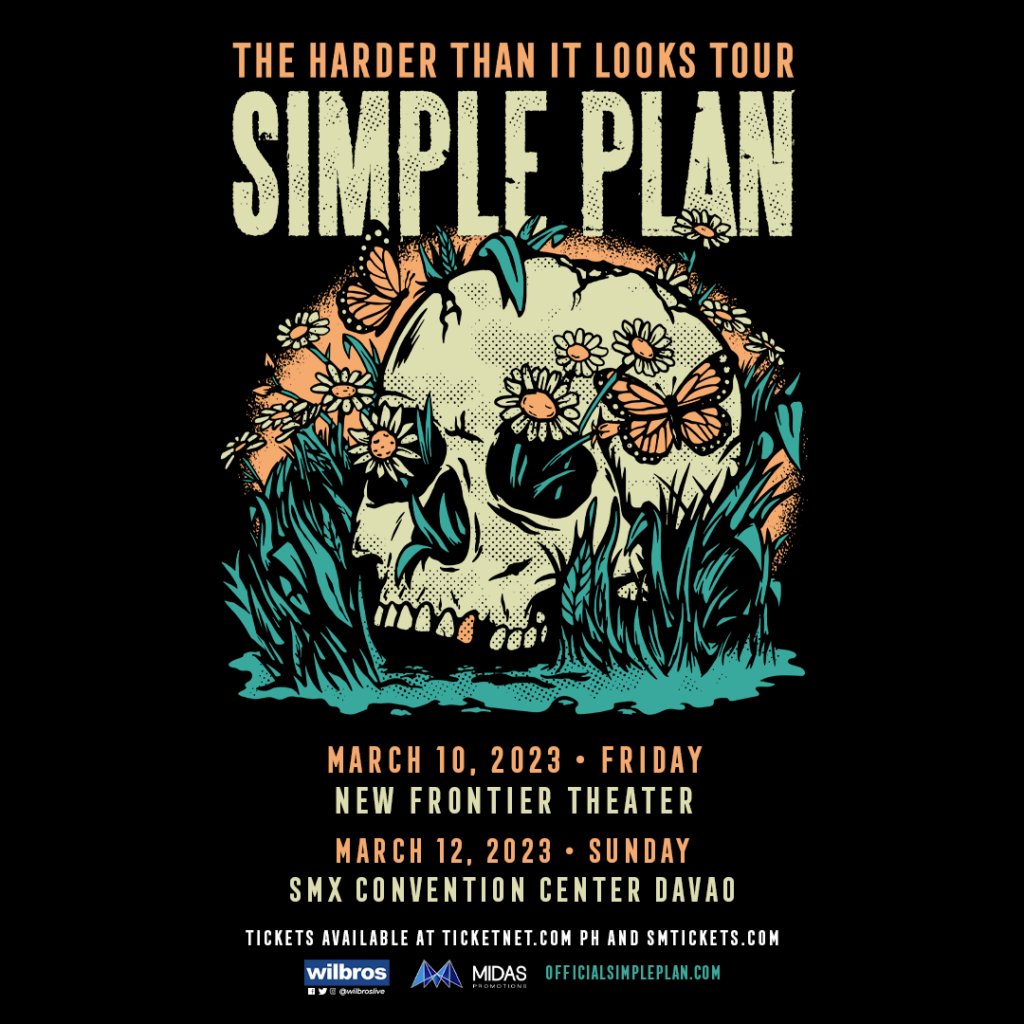 Announcement – Multi-platinum rock band SIMPLE PLAN is bringing their ‘The Harder Than It Looks Tour’ in Southeast Asia 2023 to Manila and Davao. The Canadian band will be performing in Manila on March 11, 2023 Friday at the New Frontier Theater and in Davao on March 13, 2023 Sunday at the SMX Convention Center Davao.

Simple Plan boasts worldwide sales topping 10 million, with chart-topping hits in the Philippines like “Perfect”, “I’m Just A Kid”, “Welcome To My Life”, “Jet Lag”, “Addicted”, “I’d Do Anything”, “Shut Up!” and “Untitled (How Could This Happen To Me?)”. Accolades include a 2005 Teen Choice Award, 2006 JUNO Fan Choice Award, 2012 Allan Waters Humanitarian Award, 2012 Yahoo! Canadian Impact Award, 2012 NRJ award and the 2013 Allan Slaight Humanitarian Spirit Award.

The Montreal-based band have remained an international sensation for over 20 years with worldwide sales topping 10 million and over 1 billion streams across all streaming platforms! The #ImJustAKid trend on Tik Tok has over 4.3 billion views and the #ImJustAKidChallenge hashtag has over 590.9 million views and counting. Plus, they’ve received numerous awards and accolades the world over, and to date they have performed for insatiable audiences in over 60 countries.