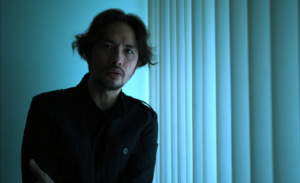 With various footage taken here and abroad, the visuals for “This Too Shall Pass” take a closer look at how the pandemic has brought the entire world to a standstill.

Given the unprecedented uncertainty and challenges that COVID-19 poses, the video doubles as a tribute to the unsung heroes and frontliners leading the fight against an invisible enemy, showing us the true meaning of bayanihan in times of crisis.
Intercut with scenes of the “new normal” from around the globe, it also depicts the alt-rock icon performing the song at the confines of his home: devoid of flashy production designs and envelope-pushing concepts, but framed with an underlying message of resilience and hope.

Positive Reception
Two weeks earlier, “This Too Shall Pass” was released on all digital and streaming platforms worldwide under Sony Music.
The massive anthem has received critical acclaim from various publications in the country. MYX Philippines praised his work for giving listeners “a sense of reassurance, something we all need given the current situation.” Bandwagon Asia called the song an “ode to the light of the human spirit in dark times,” while GMA News described it as “a perfect source of inspiration.”

An Initiative for COVID-19 Response and Relief

To help fund the collective COVID-19 response in the Philippines, Rico Blanco is waiving his artist royalties for the music video of “This Too Shall Pass,” and Sony Music Philippines will be donating 100% of the global proceeds to www.puhon.ph for the first 6 months of release.
Puhon means “hopefully” in Visayan. The site contains inspiring stories and messages of encouragement to people at the frontline of fighting the pandemic.
Using the tagline #MakeHopeViral, to date, the site has raised P4.6M for personal protective equipment (PPEs) & nutrition support for frontline healthcare workers, COVID-19 testing kits, and relief goods for daily wage workers. Other SME Philippines artists with messages of support & encouragement on the site are SB19, Zelijah, Dionela, Nathan & Mercury, Alex Bruce, Ace Banzuelo & syd hartha.