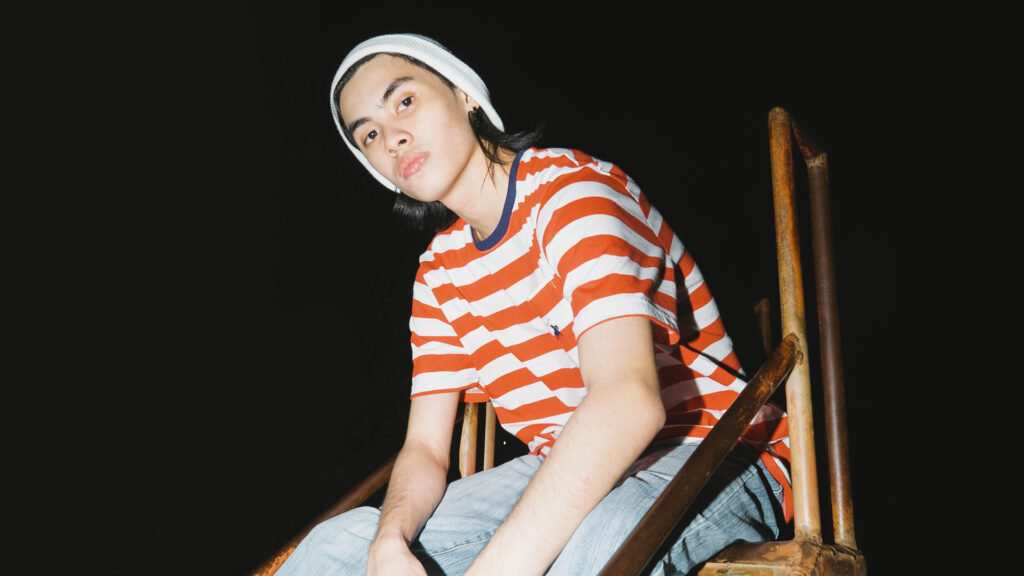 Inspired by his observations on life and its parallel sources from film, art, literature, and
pop culture, Raven makes genre-bending jams that resonate on a universal level. Aside
from writing and performing his own songs, the 21-year-old singer-songwriter also
dabbles into the production side of music-making, often blurring the lines of bedroom
pop, lo-fi rap, indie folk, and chill music to create boundless singularity that appeals to a
young generation of listeners.

On his debut single “ Paraluman ,” rising singer-songwriter, rapper, and producer Raven
captures the essence of young love. The catchy track is his first release under Sony
Music Philippines, and is available today on all digital platforms worldwide.
Written as a tribute to the muse that inspired his music journey, the up-and-coming artist
expresses his romantic admiration through a pop-rap tune that he recorded using a
smartphone. In the first few verses, he compares the girl that he used to have a crush
on, with the extraordinary muses that earned their place in the pantheon of art and
literature’s greatest, from Mona Lisa to Ophelia. Raven then proceeds to spit poetry with
a renewed sense of passion and excitement, hopping from one metaphorical reference
to another in a bid to put his creative inspiration on a pedestal.

Over stripped-down guitars and minimal flourishes, Raven taps into the zeitgeist with his
version of pop music that is steeped in bedroom aesthetic and lo-fi hip-hop influence,
distilling various music forms to create something that is palatable to the streaming
generation. His distinct sense of music style has the potential to gain foothold in
mainstream consciousness, particularly in the Gen Z demo, but what sets him apart
from his contemporaries is the unassuming earnestness in his words and music—one
that is lavishly crafted with a balance of accessibility and wallflower demeanor. It makes
sense why “Paraluman” is destined to be a future hit just by scratching the surface: it
knows how to compromise with prevailing trends while sticking to its principles by heart.
The next few months saw the song evolve into a more polished material—thanks to the
guidance and support of Rico Blanco and Balcony Entertainment, who helped Raven
realize his vision with a more defined music direction. For his part, Raven re-recorded
the song with a slightly different approach, throwing in some new techniques and
subtleties to deliver a jam that wouldn’t feel out of place on both radio charts and
obscure playlists.

“Paraluman,” his debut track, will be part of his upcoming album, Lika Na under Sony
Music Philippines. The new record is currently under production, and is slated to be
released this year.