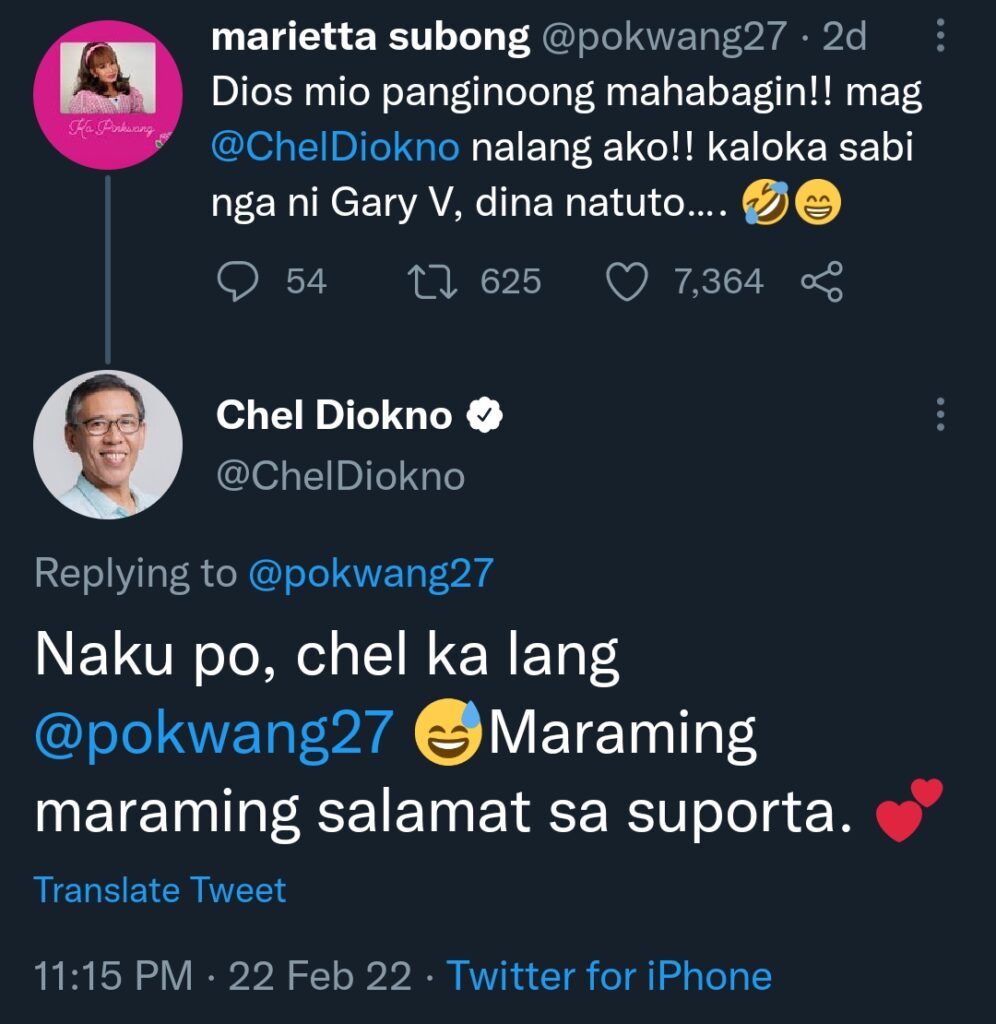 Pokwang then told Diokno that she’s a huge fan of his, to which Diokno replied “I’m also a big fan of yours! My son Pepe speaks so highly of you!”, referring to his son, award-winning director Pepe Diokno.

The human rights lawyer also rubbed elbows with other celebrity supporters during the campaign kickoff in Naga City, among them were Rivermaya, Nikki Valdez, Cherry Pie Picache, Bituin Escalante, Agot Isidro and The Company.

If elected to the Senate, Diokno committed to establish access to free legal assistance in every barrio, like the Free Legal Helpdesk that he put up on his Facebook page, to provide ordinary citizens with immediate legal help.

The human rights lawyer said he would help strengthen the country’s barangay justice system by beefing up the capability of the Lupong Tagapamayapa in dealing with legal issues among residents.

Improving the country’s barangay justice system will also help unclog the court dockets as cases can already be resolved at the barangay level.