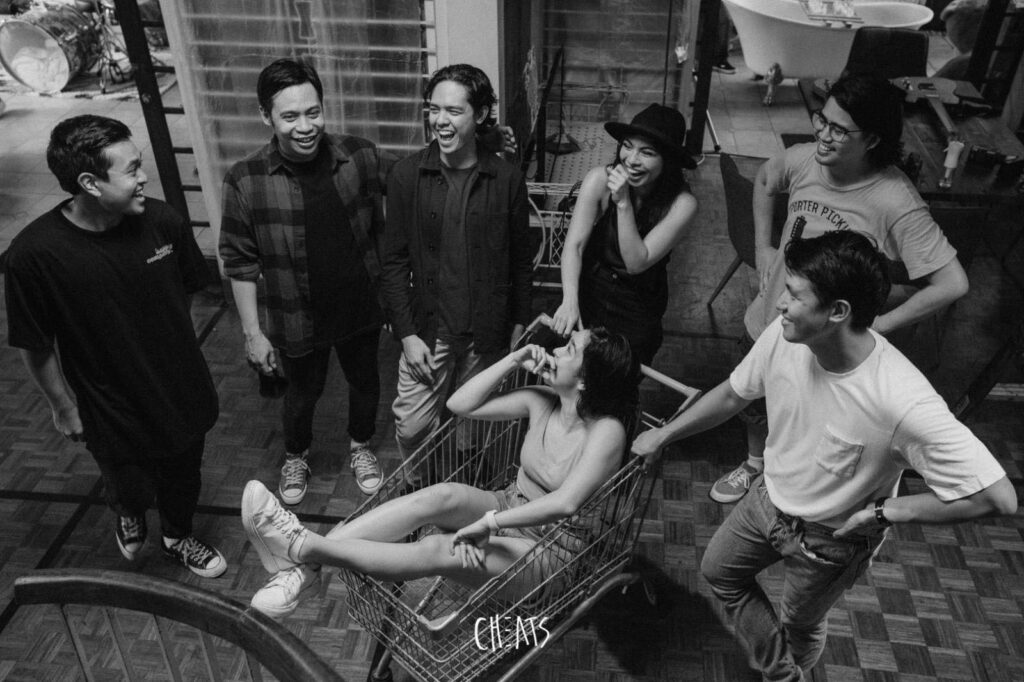 Directed by acclaimed filmmaker Quark Henares, the black and white visuals find Pascual dealing with a nervous breakdown in his own apartment, while the band members of Cheats are in the background, trying to cope with the challenging times by acting relaxed and normal.

The music video ends with the Filipino actor joining Cheats in a dance sequence choreographed by PJ Rebullida.

“I think everything about this thing happened at the perfect time,” says lead vocalist and guitarist Jim Bacarro in a statement. “I’ve always wanted to work with Quark and Piolo. We’ve been long-time fans of their work, and I’m glad that they’re game to collaborate with us on this special project.”

Written in English during the onset of the pandemic last year, “Hakbang” was originally conceived as part of Bacarro’s solo album. But plans changed along the way, and Bacarro asked his friend, Ali Sangalang of Linya-Linya to translate the song into Filipino.

“It fits because thematically, the song was meant to sound like Filipino pop bands in the ‘70s ala Cindrella,” says the Cheats frontman. “I think it finally feels right because of how we’re writing it. Ali and I have been writing a bunch of songs together in Tagalog.”

The track was recorded at Kodama Studios, with Mikey Amistoso as producer.

The music video of Cheats’ “Hakbang” is out now. Watch it here.