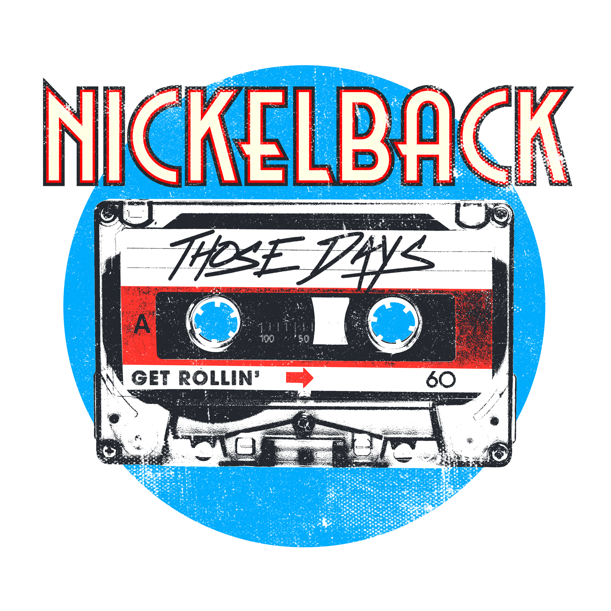 Diamond-certified multi-platinum selling rock band Nickelback debuted the second single from their highly anticipated new album Get Rollin’, which is set for release on November 18th via BMG. Set against an anthemic guitar melody, “Those Days” reminisces about youthful adventures. “The time we’d waste, cause life could wait… What we’d give to relive just a single day,” frontman Chad Kroeger sings. From staying out past curfew to falling in love for the first time, Nickelback’s newest single is a sincere and honest ode to the good times had. Stream “Those Days” HERE.

A contrast to the band’s edgier new single “San Quentin,” which is the first track from the forthcoming new album Get Rollin’, “Those Days” leans into the band’s more melodic side, as showcased on chart-topping hits like “Rockstar,” “Photograph” and “How You Remind Me.” Since its release in September, “San Quentin” has experienced tremendous momentum in radio, soaring to #1 at active rock radio in Canada in just four weeks and breaking into the top 20 at active rock radio in the U.S. With six million streams to date, the heart-thumping track has been amplified across DSPs, generating global excitement for the band’s first studio album in five years.

Nickelback’s 10th studio record Get Rollin’ and Get Rollin’ (Deluxe) will be available via digital platforms and physical CD purchase on November 18. In addition to “Those Days” and “San Quentin,” the album will feature an additional nine new songs all penned by Nickelback. The deluxe edition will add four bonus tracks – acoustic versions of “High Time,” “Just One More,” “Does Heaven Even Know You’re Missing?” and “Horizon.” Standard and exclusive versions of the album will also be released on vinyl in 2023. Pre-save/Pre-order HERE.

With Get Rollin’, Nickelback continues their legacy as one of the most important rock acts of the last two decades. Amassing hits for over two decades, Nickelback is the 11th best-selling musical act of all time, counting over 50 million units sold and over 4.7 billion career streams to date. The band has released 23 chart-topping singles, with 19 reaching the Billboard Hot 100 chart. Their undeniable success has resulted in over 26 awards including Billboard Music Awards, American Music Awards, MTV Video Music Awards, MuchMusic Video Awards, People’s Choice Awards, JUNO Awards, and more. Among their numerous accolades the band has also achieved 12 consecutive sold-out tours, with nearly 10 million tickets sold worldwide.