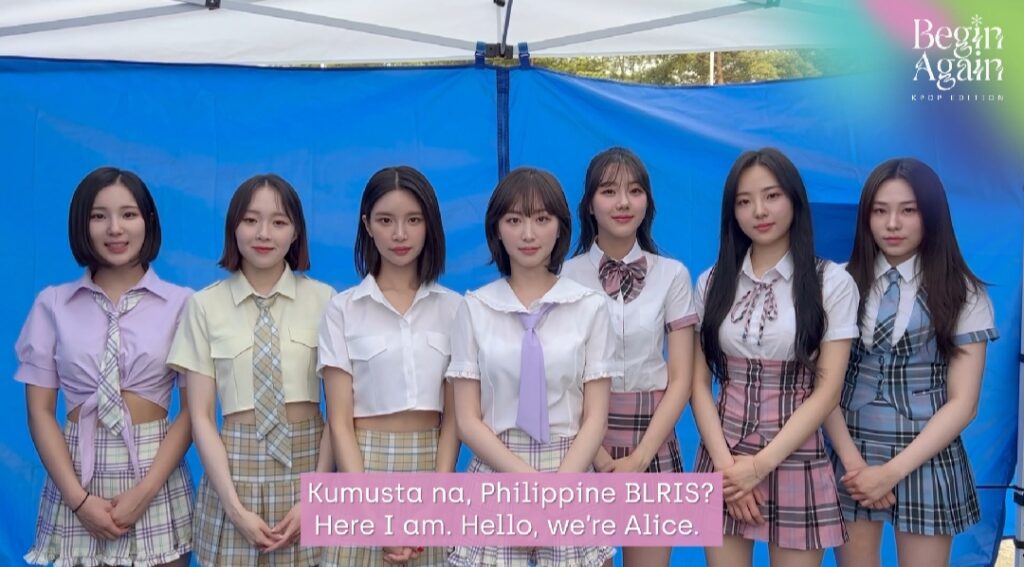 Begin Again: KPOP Edition—the country’s first live KPOP concert in two years—is less than a week away. Scheduled to take place this Sunday, May 29, fans and performers can hardly keep their excitement.

Local promoter CDM Entertainment has posted a series of videos with NCT DREAM, WEi, and ALICE greeting their fans in Korean, English, and of course, Tagalog—much to the delight of Filipinos who have longed to hear their idols speak the country’s native tongue.

In the group’s video, NCT DREAM acknowledges the beautiful meaning behind the concert and adds that it makes the members even more excited to reunite with Philippine NCTzens. In a touching gesture, lead dancer Jaemin even expresses concern for fans. In his greeting, Jaemin can be heard saying, “Sana okay lang kayo,” alluding to the difficulties of living in a pandemic.

Similarly, WEi and ALICE have expressed their desire to meet Filipino fans. This will be WEi’s first time meeting Philippine RUi, making the boys eagerly anticipate the event. Meanwhile, ALICE is thrilled to reunite with Philippine BLRIS with two new members.

SHINee’s KEY, who is also part of the line-up, hasn’t released a video greeting yet but has nonetheless been vocal about his desire to meet Philippine Shawol.

With only four days until show day, CDM Entertainment has released venue guidelines with reminders on what to do on show day. The promoter has also granted the fans’ requests for reserved seating for Upper Box (originally free seating) and an extended stage, making the event even more special. Expect more announcements to be posted on CDM Entertainment’s social media accounts.

Tickets for Begin Again: KPOP Edition are still available. Get yours via https://www.ticketnet.com.ph/events/detail/Begin-Again-KPOP-Edition.