Musica FEUROPA: The Annual Choral Festival in the Philippines

Musica FEUROPA: The Annual Choral Festival in the Philippines 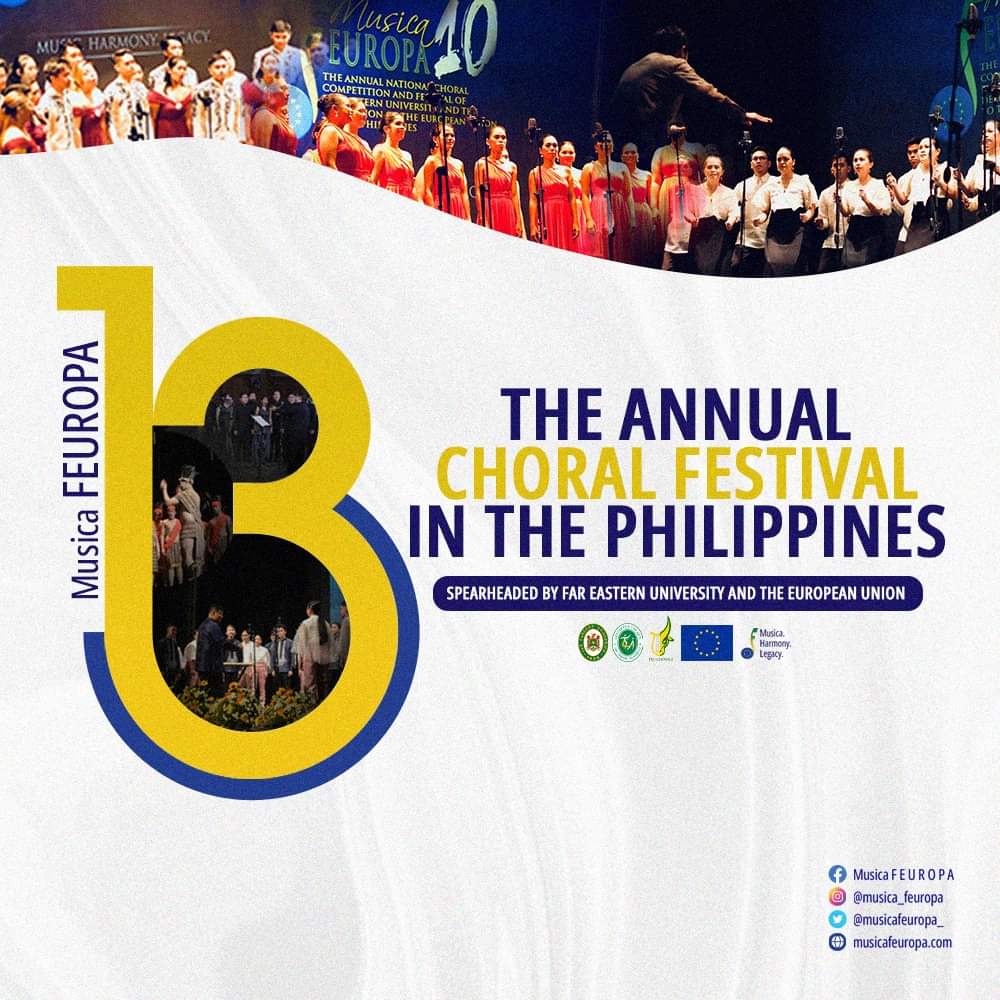 Spearheaded by Far Eastern University and the European Union

It was initially named the European Union Choral Competition in the Philippines and was later on changed into Musica FEUropa in 2011.

Now in its 13th year, Musica FEUropa continues to brave challenges and adapt to innovations, shifting temporarily from the live to the virtual performances of choirs. While certain elements remain the same, there will be some differences.

The key criterion for Musica FEUropa is that each choir has to sing two songs: one from any EU composer in an official EU language and one from the Philippines.

An important element of Musica FEUropa that choirs appreciate and seek are the critiques after their performance from esteemed choral practitioners.

One innovation of Musica FEUropa this year will be the special awards awaiting the participating choral groups. The Best in Virtual Performance and the Best in Video Production will be awarded to the choral group that manifests an exceptional level of creativity and innovation.

will serve as an avenue for choirs silenced by the pandemic to continue making music, being in harmony, and deepening their legacy.