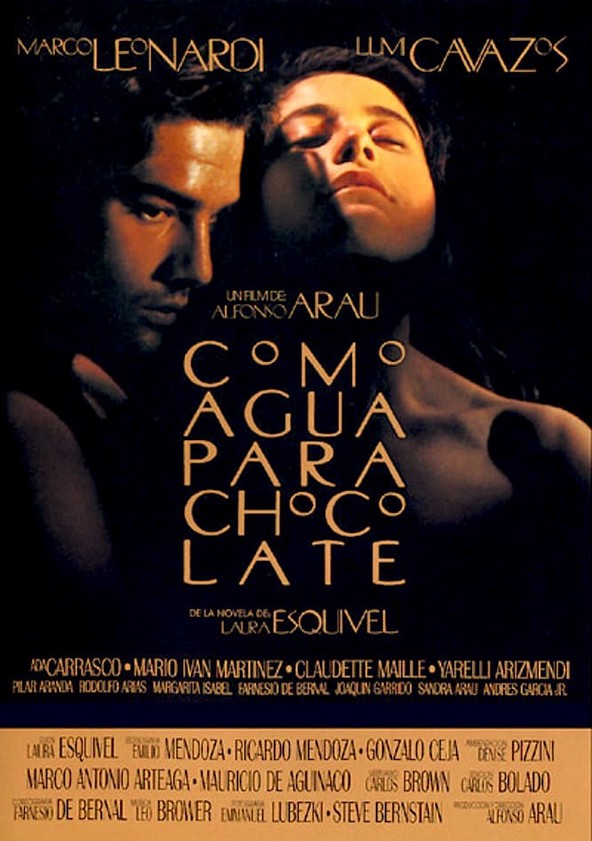 For me, Film could be considered as a universal language. Through the effective narrative of the story and portrayal of characters we all can understand the message that it wanted to send across. Como Aqua Para Chocolate is a Mexican Film, which was first screened in 1992, based on the 1989 novel of Laura Esquivel.

Como Aqua Para Chocolate has a very compelling and strong narrative, the flow of the story was simple, not too complicated and easy to understand. The phasing of the was also fast, but it will not leave asking questions. Everything was smooth and direct to the point. Despite of being fictional or having the style of magic realism, you would still feel that, some of the scenes might happen or have happened once in your life. The film was very easy-going and relatable.

The actors exhibit great value of discipline when it comes to portraying their roles, the calculation of every movements were on point. It doesn’t need to be grand and doesn’t have to look too little, as their passion speaks for themselves. The facial expressions and eye movements were all well utilized. Every scene was tastefully done, no exaggerations.

When it comes to the overall visuals of the film, it has a lot of generous frames and good symmetry of angles, it was never flat. The costumes were all carefully mixed and match in every scene making sure that it won’t look vague on screen. The music and scoring was very subtle and appropriate for every scene. The technicality of the emotions and buildups where all patterned and placed well making sure that the film would not turn out monotonous and boring. The overall experience watching the film was great, it feels like you would want to see more from them, it was simply perfect.

Meanwhile here are list of the films in the Cine Mexico film festival last September 20 to 24 at the Red Carpet in partnership with the Embassy of Mexico in Manila and the Film Development Council of the Philippines.

“Como Agua Para Chocolate” (Like Water for Chocolate) is a 1992 classic that follows a young girl named Tita. Though she is desperately in love with a man named Pedro, her mother doesn’t allow her to marry him. When Pedro weds Tita’s sister instead, she immerses herself in cooking. Through this therapeutic pastime, she discovers that she can magically infuse her emotions into her cooking.

“Qué Culpa Tiene el Niño” (Don’t Blame the Kid) is a 2016 romantic comedy about a woman who accidentally becomes pregnant but decides to marry the father of her child anyway, even though he’s immature and unemployed. The movie stars Karla Souza, one of Mexico’s most popular actresses, who is best known to international audiences for playing Laurel on the award-winning legal thriller How to Get Away with Murder.

Poignant and heartfelt, the animated film “El Angel en el Reloj” (The Angel in the Clock) centers on Amelia, a little girl with leukemia who is whisked away by an angel in an attempt to stop time. In a realm where she must navigate hundreds of floating clock-castles in the sky, she learns about the importance of living in the present.

“La Carga” (Load) is an epic romantic drama about the quest for freedom. In the late 16th century, an indigenous man and a Spanish noblewoman escape into the New World to find a better life. Along the way, they learn to resolve their differences and become more intimate with one another. La Carga bagged 7 nominations at the Ariel Awards, the Mexican equivalent of the Oscars.

In the 2015 romantic comedy “Enamorándome de Abril” (Falling in Love with Abril), two writers with nothing in common spend a night together. He’s a steely journalist who secretly publishes books under a female name, and she’s a romance writer who uses a male pseudonym. After meeting, they begin to question everything they thought they knew about love and relationships, sending each one on a hilarious identity crisis.

“La Boda de Valentina” (Valentina’s Wedding) gives audiences a new take on the wedding comedy. Valentina, a scion from the most chaotic political family in Mexico, leads a blissful life in America. Thinking she has escaped all the drama, she gets engaged to Jason, her American boyfriend. When Jason insists they go to Mexico to meet her family, Valentina is sucked into her father’s re-election campaign, her crazy family’s antics, and her possessive ex, Alex.

In the 2018 comedy “Cuando Los Hijos Regresan” (The Kids are Back), an elderly couple finally retires, happy to live a life with no more responsibilities. But out of nowhere, their grown children start moving back into the house, forcing them to become parents to a horde of adult babies.