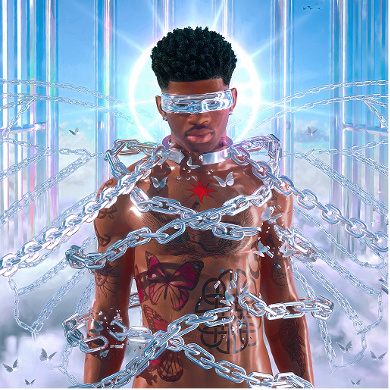 After gaining tremendous attention online with #MonteroMakeUpChallenge, a collaborative effort between Sony Music Philippines and Drag Playhouse PH in an effort to pay tribute to his song’s inclusive and overt queer iconography, Lil Nas X continues to dominate cultural conversations here and abroad with the equally controversial new song “Industry Baby.” Featuring fellow rapper and hitmaker Jack Harlow, the song is steadily climbing on various streaming charts in the country, and is currently making waves on mainstream radio in Metro Manila and beyond.

“Industry Baby” features production by Take a Daytrip and Kanye West and touches on Nas finding his confidence and proving anyone who ever doubted his staying power, wrong. The song is the latest to be released from the highly anticipated upcoming album Montero, due later this year via Columbia Records.

The accompanying visual was based on a story by Lil Nas X and directed by Christian Breslauer.

It follows Nas throughout the prison as he serves his time and tries to break free with a little help from fellow inmate Jack Harlow.

Lil Nas X has also announced that he has joined forces with The Bail Project, a national nonprofit organization on a mission to end cash bail, one of the key drivers of mass incarceration and structural racism in the U.S. criminal legal system. Through the “Bail X Fund,” he hopes to encourage other artists to join him and The Bail Project in the fight to end cash bail. Lil Nas X himself has made a starting donation, Jack Harlow is jumping in to help as well, and fans are invited to donate with them. All donations go directly into The Bail Project’s national revolving bail fund to pay people’s bails.

To date, The Bail Project has posted over $47M in free bail assistance for over 17,000 low-income people across the country. They also provide post-release support through court reminders, free transportation, and voluntary referrals for housing, substance use treatment, and other services based on a person’s needs. Lil Nas X says this isn’t just theoretical for him. “It’s personal. I know the pain that incarceration brings to a family. And I know the disproportionate impact that cash bail has on Black Americans and the LGBTQ community. Let’s bring people home & let’s fight for freedom and equality.” For more information and to donate to the Bail X Fund, please visit bailxfund.com.

“Industry Baby’ is out now on all digital music platforms worldwide via Columbia Records and Sony Music. Watch the music video here.