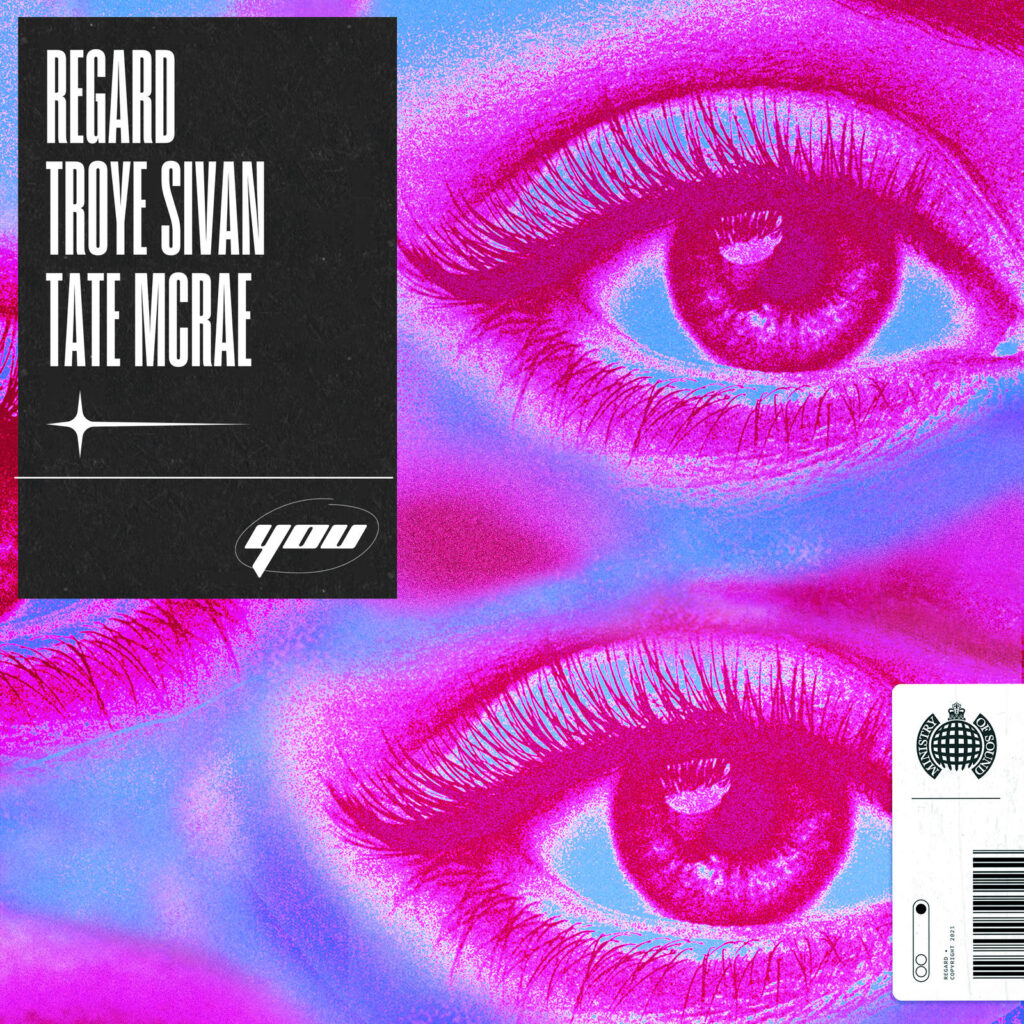 Following the announcement of his 2021 BRIT Award nomination for Best British Single on the Raye-featured track called “SECRET,” Kosovan DJ and producer Regard has shared his brand new single ‘You’ with Troye Sivan and Tate McRae via Ministry of Sound.

Sophisticated, euphoric and effortlessly sultry, the ‘80s-inspired anthem flirts between Troye and Tate’s ethereal and confessional lyricism, singing, “When I talk to my friends, I talk about you. When the Hennessy’s strong, all I see is you.”

Speaking on the new track, Regard shares enthusiasm that ‘You’ is finally being released. “The entire song gives me wavy emotions with the angelic vocals from Tate and Troye.”

Canadian singer-songwriter Tate McRae also had an amazing experience working with Regard and Troye on this effortlessly solid club thumper. Tate adds, “It’s a totally different vibe than any of my usual songs, but still has the emotional and lyrical depth that I always try to write.”

With a BRIT Award nomination under his belt alongside leading one of 2021’s biggest collabs so far with two of the world’s most in demand figures in pop, Regard is quickly generating a global buzz and not so quietly cementing his status as a renowned force in music.