Katips : The Movie – From Theatre to Film

Katips : The Movie – From Theatre to Film 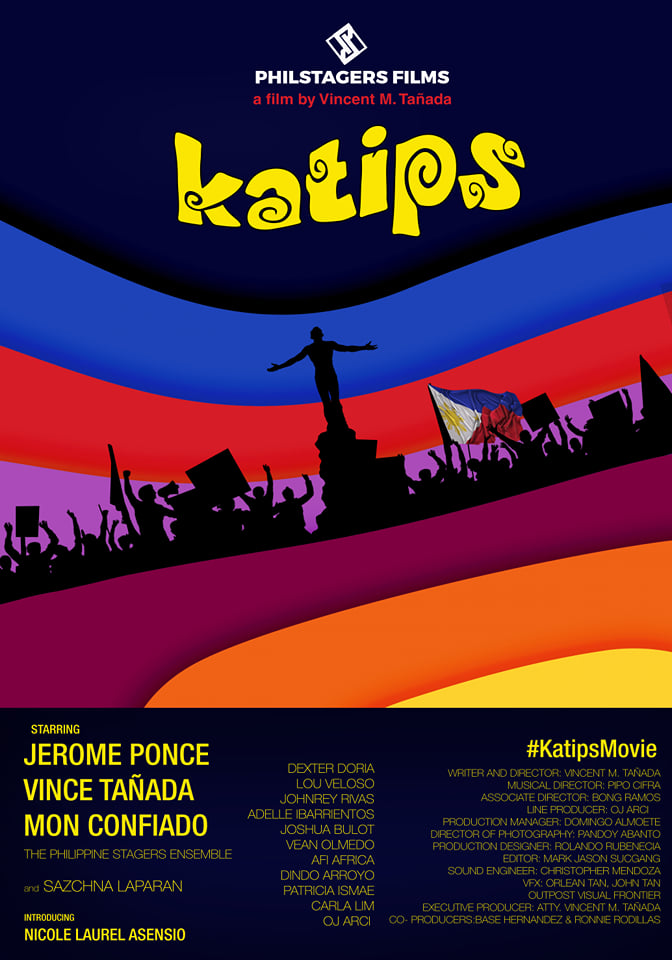 When his University of the Philippines Professor was abducted by the government-controlled Metropol during a demonstration of different groups in the mountainside that was Mendiola, Greg, a medical student and the leader of the National Union of Students in the Philippines (NUSP), along with other freedom fighting groups stood their ground and began a vigil until the Metropol came back and used force to subdue the protest. Despite the blood and gore, the burning desire for freedom grew within the hearts of those who were brutally subjugated. But their fight did not stop there.

In a safehouse aptly named the “Katips House” owned by Alet, a 30-year-old activist, we are introduced to Panyong, a subversive writer for the underground newspaper, “Ang Bayan”, and other characters that keep the fight for freedom. After the Declaration of the Martial Law, during a strike for the welfare of workers, two other students were seized; Art, a freshman student and photographer to the school paper and Estong, leader of the worker’s union. Soon after, Alet was also snatched and all three were separately tortured and became part of the statistics of desaparecidos, the unaccounted radicals branded as insurgents during the days when the Writ of Habeas Corpus was no longer in effect. When the decaying corpse of Alet was found beside a ditch in a far-flung area in Bulacan, the fight for freedom took Greg and Panyong to the mountains for safety, while Lara looked after the Katips Home, she was a former New York actress who just recently took up the cause after learning that her father, Greg’s captured professor, was killed by no other than the government she used to idolize.

Years pass, and during the heat of the Edsa Revolution, a news article revealed to Lara about the death of two rebels during an encounter, she was tearfully surprised when an injured Greg arrives and informs her that he was somehow spared and only Panyong was slayed at gunpoint. The couple made a tearful reunion and it was only then that Greg found out that he has a son; only making his homecoming all the more bittersweet.

Several decades later, in the grand opening of the Bantayog ng mga Bayani, a memorial to the fallen of the Martial Law, the characters of the movie meet once more; those that survived, and it is revealed that the movie is a book memoir of no other than an aged Panyong as a call for unity of a people still wanting of a freedom that is always beyond their grasp.

Produce, Write and Directed by: Vincent Tañada and Musical Directed By Pipo Cifra

There is still no exact commercial release yet.