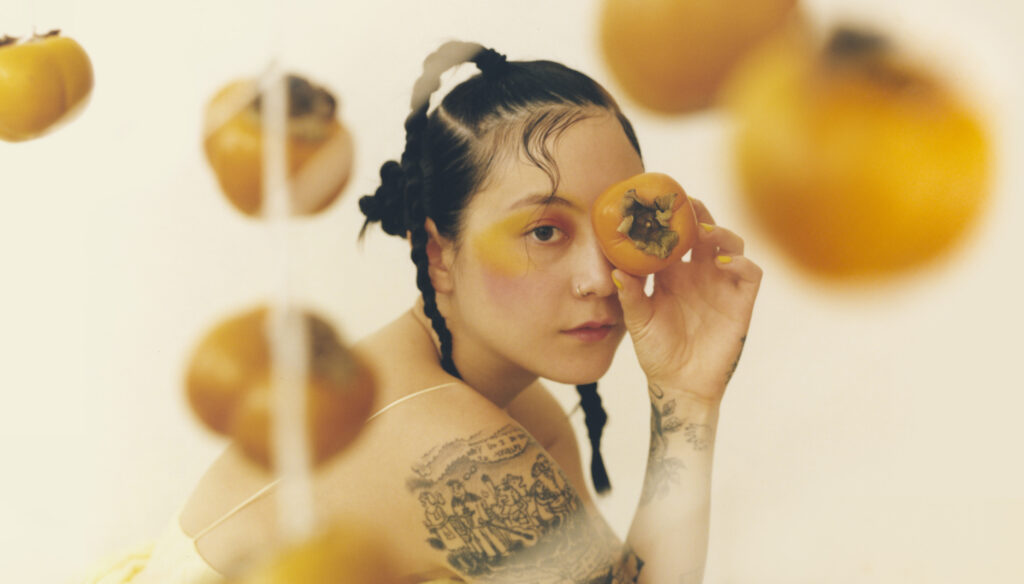 Japanese Breakfast, the musical project of Michelle Zauner, has announced Jubilee, the highly anticipated follow-up to 2017’s critically acclaimed Soft Sounds From Another Planet. The new album announcement comes with the release of a video directed by Zauner herself for its lead single, “Be Sweet,” a jagged and propulsive 80’s inspired pop song.

Of the song, Zauner says: “After spending the last five years writing about grief, I wanted our follow up to be about joy. For me, a third record should feel bombastic and so I wanted to pull out all the stops for this one. I wrote ‘Be Sweet’ with Jack Tatum from Wild Nothing a few years ago. I’ve been holding onto it for so long and am so excited to finally put it out there.” Jubilee is available for pre-order now and due June 4th via Dead Oceans.

Additionally, Zauner is releasing her long-awaited book based on her viral 2018 New Yorker essay, Crying In H Mart. The unflinching and powerful memoir about growing up Korean American, losing her mother, and forging her own identity is due April 20th via Knopf.

From the moment she began writing her new album, Japanese Breakfast’s Michelle Zauner knew that she wanted to call it Julibee, After all, a jubilee is a celebration of the passage of time-a festival to usher in the hope of a new era in brilliant technicolor. Zauner’s first two albums garnered acclaim for the way they grappled with anguish; Psychopomp was written as her mother underwent cancer treatment, while Soft Sounds From Another Planet took the grief she held from her mother’s death and used it as a conduit to explore the cosmos. Now, at the start of a new decade, Japanese Breakfast is ready to fight for happiness, an all-too-scarce resource in our seemingly crumbling world.

How does she do it? With a joyful noise. Jubilee bursts with the most wide-ranging arrangements of Zauner’s career. Each song unfurls a new aspect of her artistry.
In the years leading up to Jubilee, Zauner also took theory lessons and studied piano in earnest for the first time, in an effort to improve her range as a songwriter: “I’ve never wanted to rest on any laurels. I wanted to push it as far as it could go, inviting more people in and pushing myself as a composer, a producer, an arranger.”

Jubilee is an album about processing life and love in the quest for happiness, and how that process sometimes requires us to step outside of ourselves. Throughout Jubilee, Zauner is hardly fictionalizing her lyrics, instead pouring her own life into the universe of each song to tell real stories, and allowing those universes, in turn, to fill in the details. Joy, change, evolution-these things take real time, and real effort. And Japanese Breakfast is here for it.