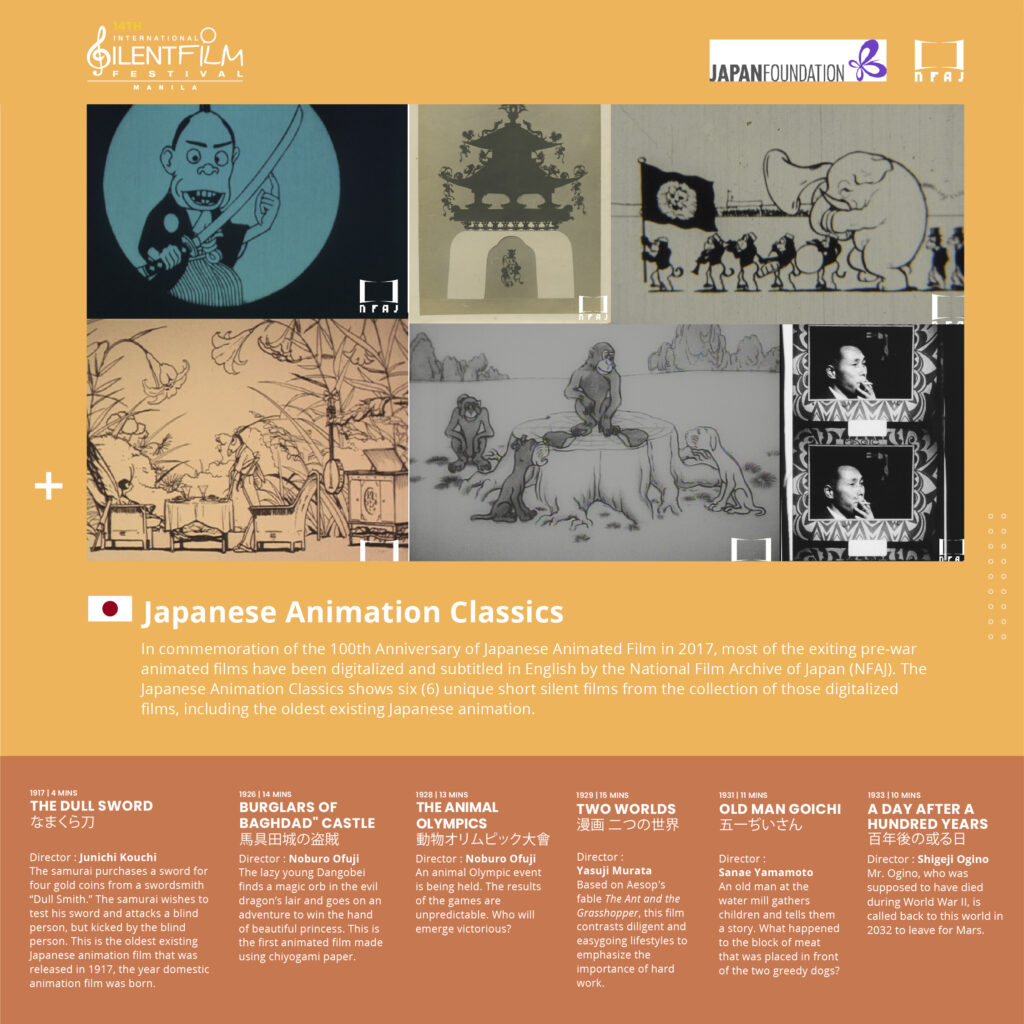 Japan’s film lineup includes the oldest Japanese Animated short film straight from the National Film Archives of Japan (NFAJ) collection. The Japan Foundation, Manila pays tribute to the foundations of Japanese animation by featuring classic animated works in the upcoming 14th International Silent Film Festival Manila this year which will run from December 4 to 6 and will be available to everyone online through www.iwatchmore.com. Six (6) unique animated short silent films taken from the Japanese Animation Classics collection, digitalized and subtitled in English by the National Film Archive of Japan (NFAJ) will be featured in this year’s silent film festival, including the oldest existing Japanese Animation “The Dull Sword.” The four-minute animation classic was directed by Junichi Kouchi and produced in 1917 which is considered the birth year of domestic animation in Japan. 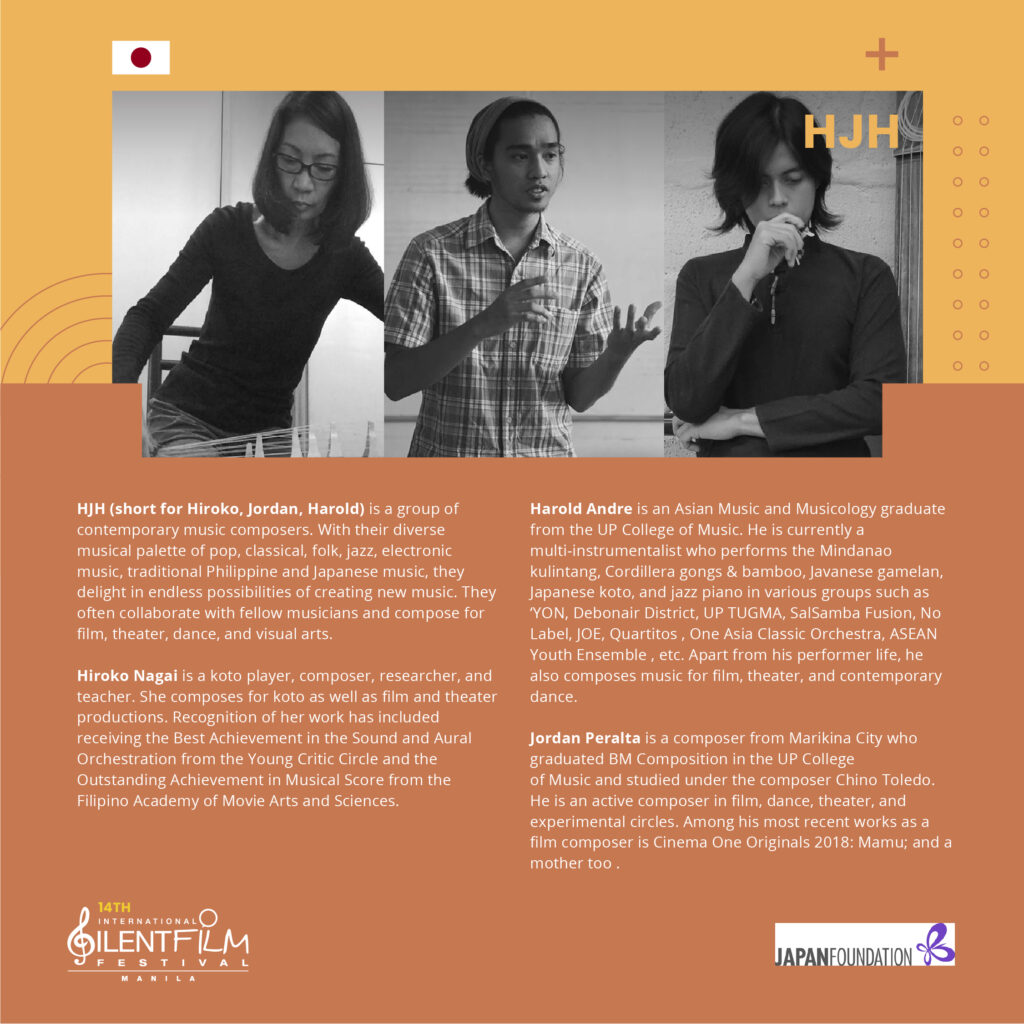 The Japanese Animation Classics in the festival will be accompanied by the musical scores created by the HJH Composers Collective. The group is composed of Hiroko Nagai, Jordan Peralta, and Harold Andre Santos, contemporary music composers with a diverse musical palette of pop, classical, folk, jazz, electronic music, and traditional Philippine and Japanese music, and they frequently collaborate with other artists to create music for film, theatre, dance, and visual arts. The 14th ISFF Manila will also hold a webinar entitled “Saving Memory: Making Silent Films Talk to Us,” on December 4. 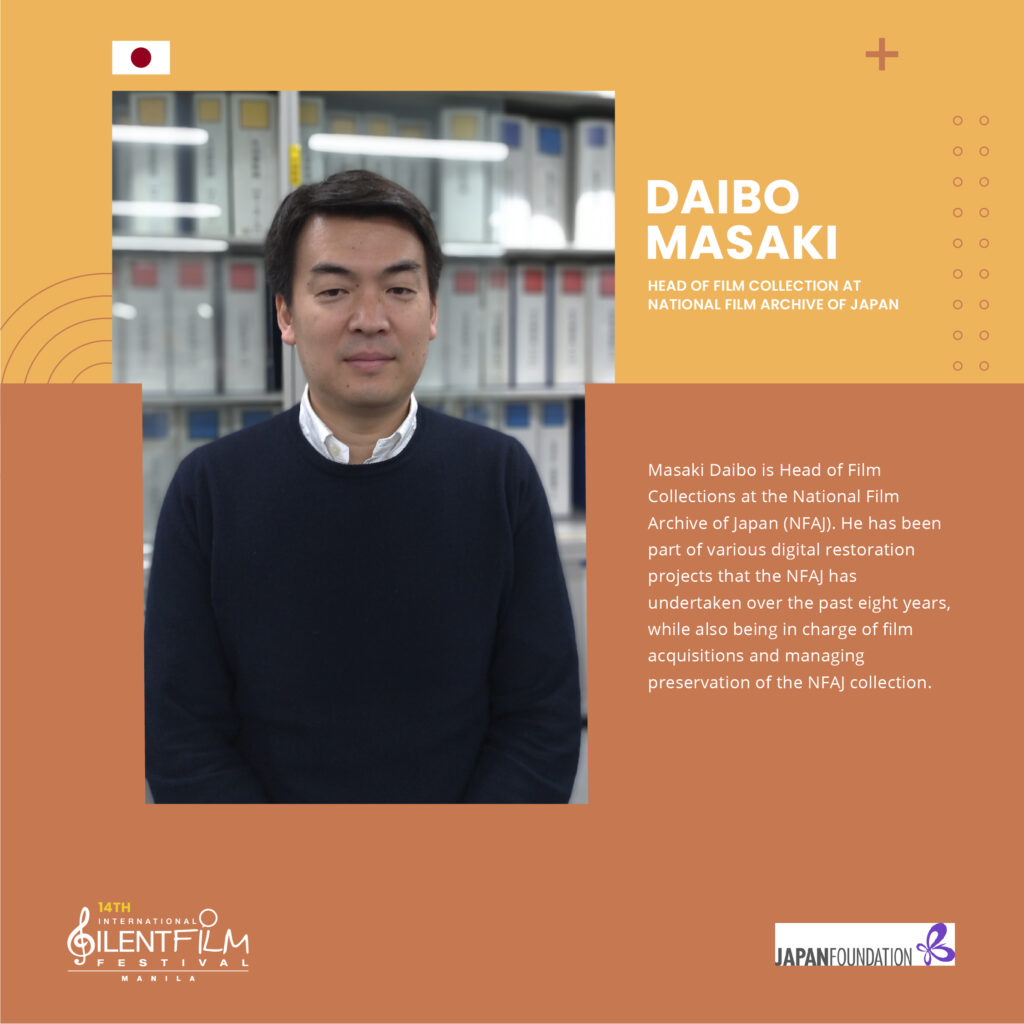 Joining the list of international panelists from Japan is DAIBO Masaki, Head of Film Collections at the National Film Archive of Japan (NFAJ). DAIBO will be sharing his expertise in the archiving and digitizing of Japanese films and how he manages the preservation of the NFAJ collection. The featured Japanese Animation Classic films are curated by benshi KATAOKA Ichiro from the collection of newly digitized animated films by the NFAJ, in commemoration of the 100th Anniversary of Japanese Animated Films in 2017.

For more information, check out the official portal of the 14th ISSF www.iwantmore.com to watch the films from December 4 to 7 at the comfort and safety of your own homes. Follow the official Japan Foundation, Manila website (www.jfmo.org.ph) and Facebook page(facebook.com/jfmanila) for updates and full screening schedules.