How to get a ticket in Macbeth 20th Anniversary Show?

How to get a ticket in Macbeth 20th Anniversary Show? 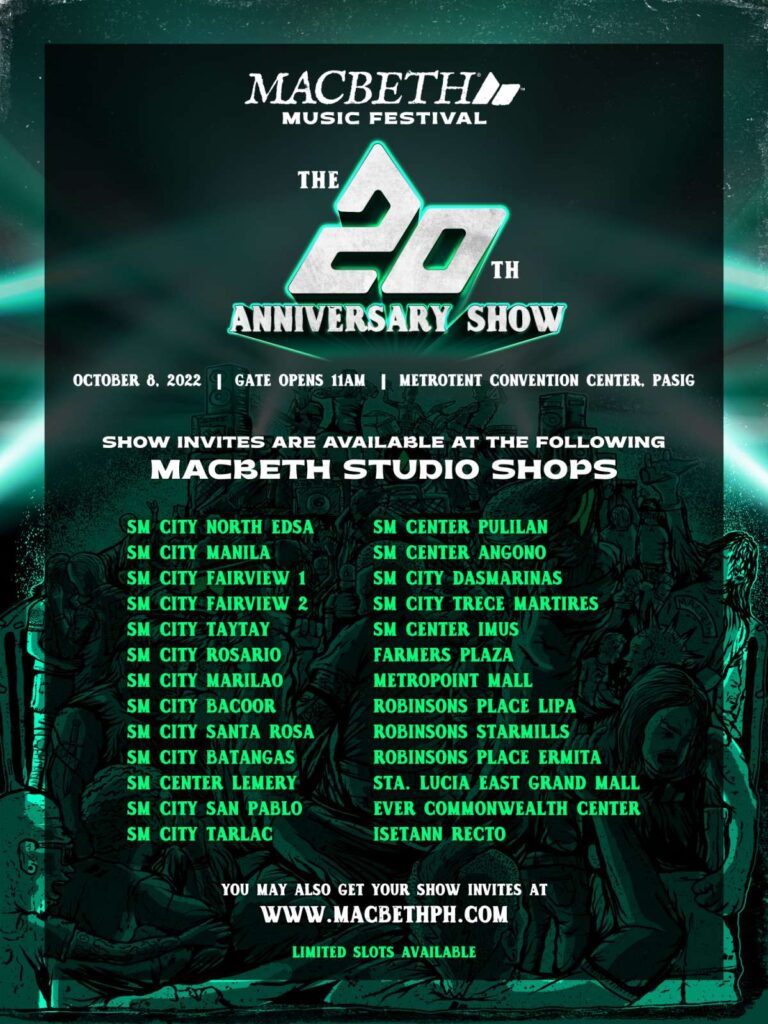 Are you ready to celebrate Macbeth’s 20th Anniversary?

With Macbeth’s love of Music, Arts, and Denim, this Music Festival will feature a live band fashion show collaboration, showcasing the latest of Macbeth’s Collection.

What are you waiting for? Get your show invites now and enjoy the rad concert on October 8, 2022 (gate opens 11AM) at the Metrotent Convention Center, Pasig City. 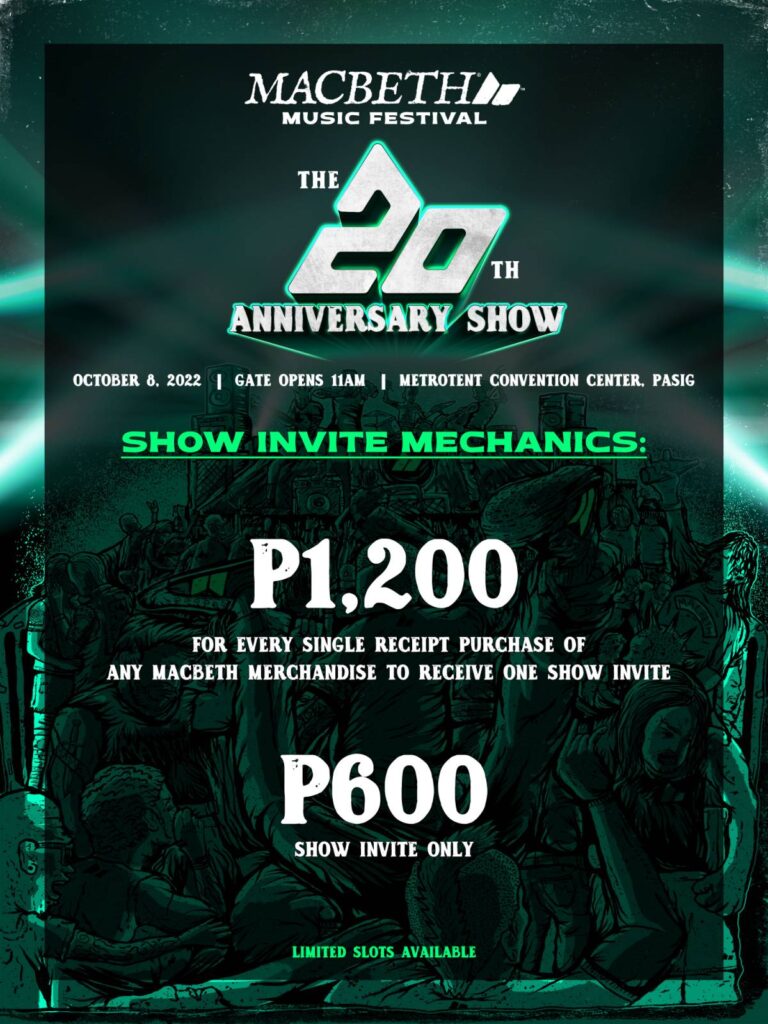 For every single receipt purchase of any Macbeth Merchandise worth P1,200 you are entitled to one FREE show invite. You may also score 1 show invite for only P600.

You can also visit the Macbeth booth at the RJAM’s second leg event also known as Rakista Jam Tayo- The Return (Free Entrance) on the 24th of September to purchase your favorite Macbeth merchandise at Eton Centris, Quezon City. This is valid to all the purchased receipts from August 25, 2022, until October 7, 2022.

See you there and let’s celebrate these extraordinary 20 rocking years!