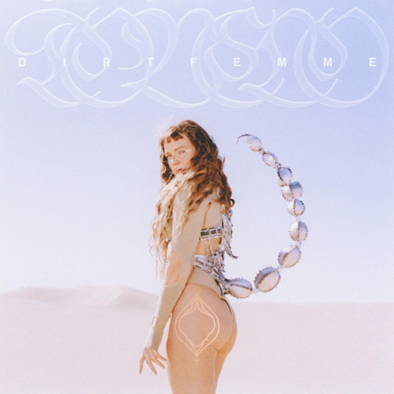 Ahead of her upcoming Lollapalooza performance in Chicago and the October 14th release of her highly anticipated fifth studio album DIRT FEMME (Pretty Swede Records/mtheory), the multi-platinum selling, GRAMMY® Award nominated artist, Tove Lo has released ‘2 Die 4.’ The irresistible and undeniable club banger has summer smash written all over it; sampling the equally iconic ‘Popcorn’ hook, originally released by Hot Butter in 1972. “With ‘2 Die 4’ I wanted ‘instantly iconic’ energy. I’ve never sampled anything before, and this feels like the perfect first moment.” Tove shares. Lyrically I wanted it to be that ‘pick me up when I’m feeling down’ song. At first, it’s like a warm hug, then you shake it off, let out a scream and start dancing!”  Listen to ‘2 Die 4’ HERE.

On the accompanying scene, directed by Kenny Laubbacher, Tove Lo shares: “I wanted to make something nostalgic, sexy and iconic. The character for this scene is wonder woman with big dick energy and I just love it. Now, if you know what’s good for you, go listen on repeat.” Watch HERE.

Currently, on tour this summer and fall, making stops across North America, Australia, Europe, and the United Kingdom, Tove Lo recently wowed crowds at Governors Ball in New York City, Bonnaroo in Tennessee and most recently Float Fest in Texas. Tonight, she is set to play a headline show at The Vic in Chicago, followed tomorrow by her set at the Lollapalooza Festival. For a full list of tour dates, go to: https://www.tove-lo.com/tour

‘2 Die 4’ serves as the follow up to ‘True Romance,’ a powerful and emotionally-wrought ballad, featuring some of her most impressive vocal work to date, with The FADER heaping on the praise, stating “Dancefloor catharsis is no longer the endgame in this gorgeous ballad,” and adding “Tove Lo delivers one of the best vocal performances of her career,” and Billboard proclaiming “with a pulsing beat and muted synth-line, Lo lets her voice ring out like a trumpet,” and saying “’True Romance’ should absolutely be the next thing on your playlist.” Listen to ‘True Romance’ HERE and watch the accompanying visualizer HERE.