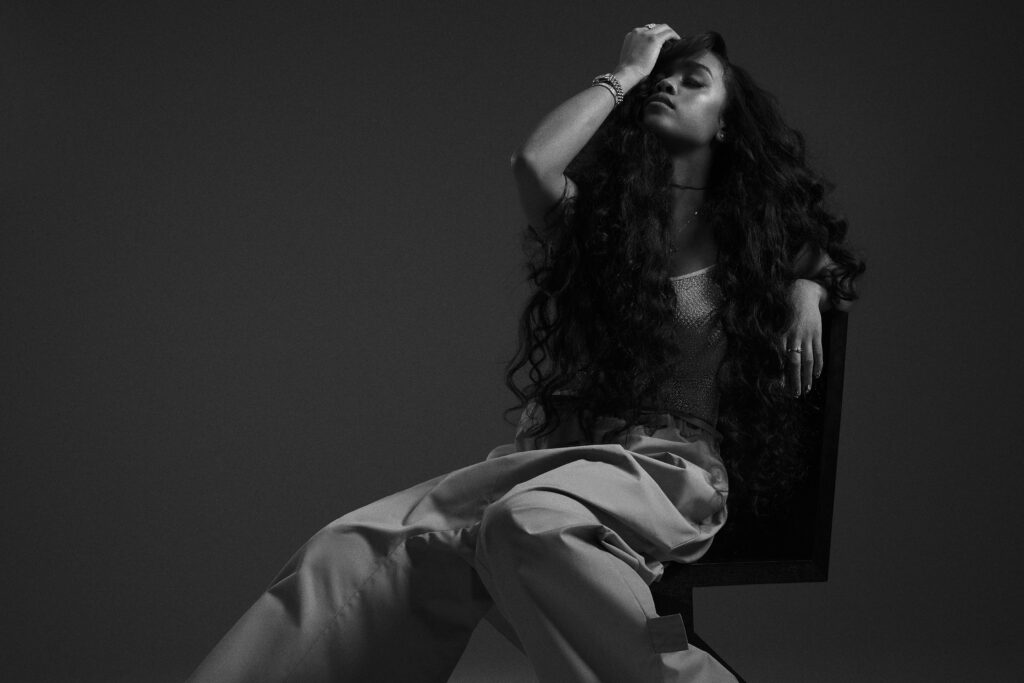 After making history for bagging Song of the Year at the 63rd Grammy Awards and Best Original Song at the 93rd Academy Awards, H.E.R. returns with a brand new single “Come Through,” featuring multi-platinum, Grammy Award winner Chris Brown.

Written by H.E.R., Chris Brown, Cardiak and Tiara Thomas, and produced by Cardiak, the smoldering R&B track will be part of H.E.R.’s highly anticipated new album, Back Of My Mind—to be released this summer via MBK Entertainment/RCA Records.

The release of “Come Through” kicks off an exciting weekend for the young singer-songwriter/musician, further cementing her music versatility across multiple genres – from scoring her #1 hit single “Damage” to winning the Song of the Year nod for “I Can’t Breathe” at the 63rd Grammy Awards held last month.

It also coincides with the Filipino-American artist’s game-changing win at the Oscars, where her song “Fight For You,” from the movie “Judas and the Black Messiah” bested co-nominees from The Trial of the Chicago 7 (“Hear My Voice”), Eurovision Song Contest: The Story of Fire Saga (“Husavik”), The Life Ahead (La Vita Davanti a Se) (“Io Sì (Seen)”), and One Night in Miami (“Speak Now”).

Amid news of anti-Asian racist incidents, H.E.R. joins South Korean actress Youn Yuh-jung, who won Best Supporting Actress for Minari and Beijing-born Chloe Zhao, who took home the award for Best Director, as this year’s biggest winners with Asian heritage and descent. In an after-show press con, the award-winning act stressed the importance of visibility and diversity in pop culture, and how proud she is to represent the Asian and Black community. “Me just being up there is a message. It’s a message to all the young Black and Filipino girls. Black or Filipino—that you can be up here too. What you say matters. What you sing matters, what you play what you write, it matters. It’s a reflection of who we are.”

This is not the first time this chart-topping pair has collaborated. In 2018, H.E.R. joined Brown on his “Heartbreak on a Full Moon” tour and displayed her musicianship to sold-out audiences.

In 2019, H.E.R. collaborated with Brown on “Come Together” from his platinum-selling, ninth studio album Indigo, which debuted at #1 on the Billboard 200 chart and featured the #1 hit single “No Guidance” with Drake. Additional collaboration also includes the “Slide Remix” featuring Brown, Pop Smoke & A Boogie Wit Da Hoodie.