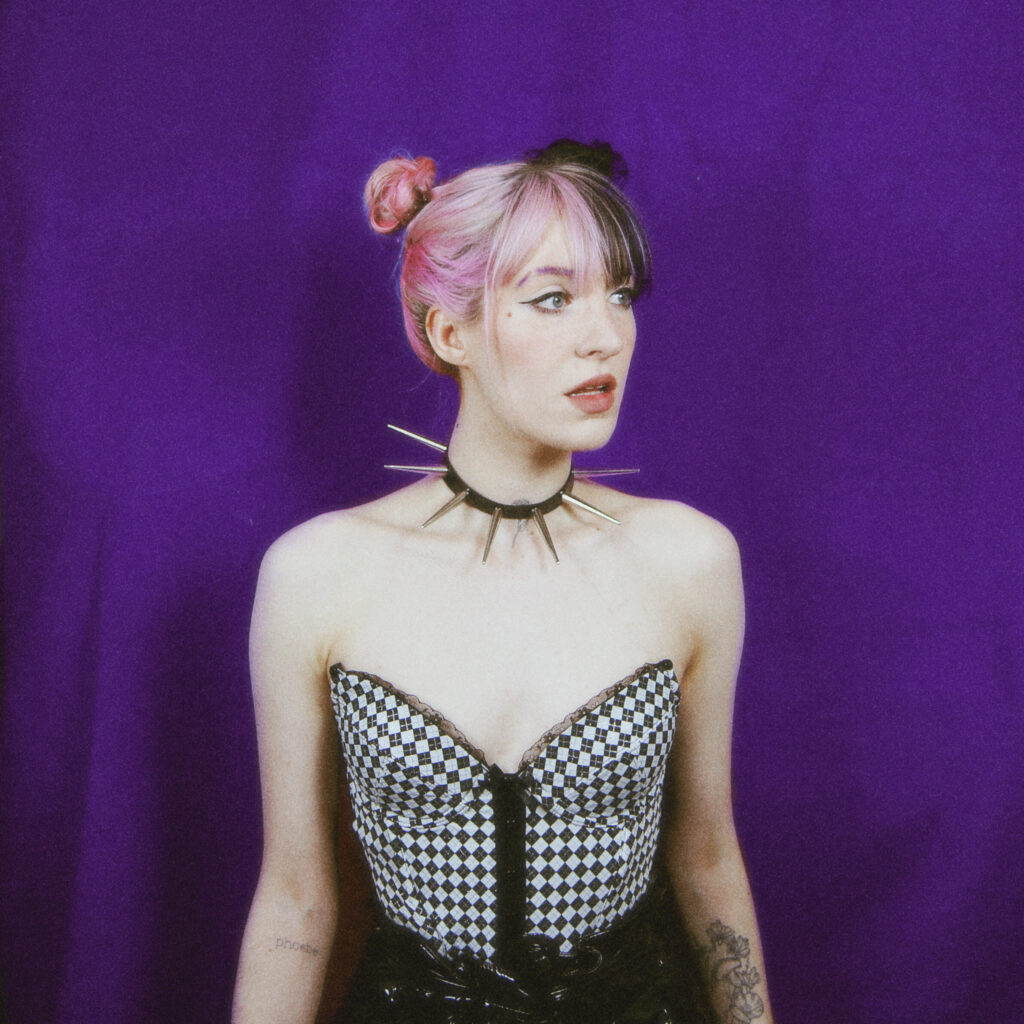 FLØRE is back with a new single ‘Bad Medicine’ after her first single ‘Dead Boys’ back in January 2021 and her acclaimed debut Oct 2020 EP release “SUPERBLOOM” which was produced by Berlin’s Indie Pop artist NOVAA.  This is the  second single by the enigmatic singer songwriter enroute to her full, soon to be released EP ‘ROMANIAC’.  It centres on toxic relationships and the irony of being in one.

Speaking about her new single “Bad Medicine” , FLØRE explains: “This song is about that kind of person you know is not good for you, but you just can’t let it go. Being close to that someone doesn’t make you feel better, but that’s what you wanna feel sometimes. Being heartbroken, but you know you’re alive.

Sometimes feeling the pain is better than feeling nothing. I actually think there’s nothing worse than feeling numb. So this ‘Bad Medicine’ – Love is like a drug, it doesn’t make you feel better, sometimes not even in the short run, but from an artistic point of view being hurt and rejected is just too big of an inspiration for letting it be.

This song has come quite a journey. I wrote it four years ago and it had three different productions. But now it has its dress in which it’s supposed to be set free. Sometimes songs need time to grow and change. Like plants. Or humans.”

FLØRE writes songs “to give this weird existence a meaning”. Feeling like an alien for most of her life, she spent her childhood playing guitar, singing and dreaming of the universe. She’s inspired by the darkness of growing up, the beautifully broken and the feeling of what it must be like when life begins. Or what it must be like when it ends. Or what it is at all. She calls herself a moonlover, who expresses the loneliness in her songs, revealing her touching voice telling stories about her own fragileness, devotion for unusual human beings and a broken love.

The 25-year-old not only writes about broken love or dreaming of the universe but also addresses issues like mental health and explains: “Depression is a serious disease which needs to be normalized and talked about, cause nothing kills you like your own mind. And I’m so proud and feel so strong writing about mental health. For me it feels like you will never get rid of a major depression. It’s about handling the demons and maybe even becoming friends with them.” In an interview with Glasse Factory she points out “It’s okay to be not okay. It’s okay to be sad and to feel alone and to be weird.”

FLØRE has made her impressive debut in 2018, with the “dark pop brilliance of Flowered Guts” that premiered on The Line Of Best Fit at the time, Earmilk describes her “angelic vocals for a euphoria that feels timeless and calming” and A1234 called “FLØRE and Novaa […] the quirky queens of the underground music scene right now…” while praising their “undeniably ethereal vocals” on “Rich Kids”.

Besides getting attention in the blog landscape, FLØRE is part of Spotify’s RADAR program, and was featured on Playlists like New Music Friday US on top of New Music Friday playlists in 20 other countries, Indie Pop, EQUAL GSA, Indie Womxn, Easy, Gemany-owned Frühlingsgefühle and many more and decorated the cover of OFF POP when releasing SUPERBLOOM’s lead single “I’m okay, i’m just a little depressed”.