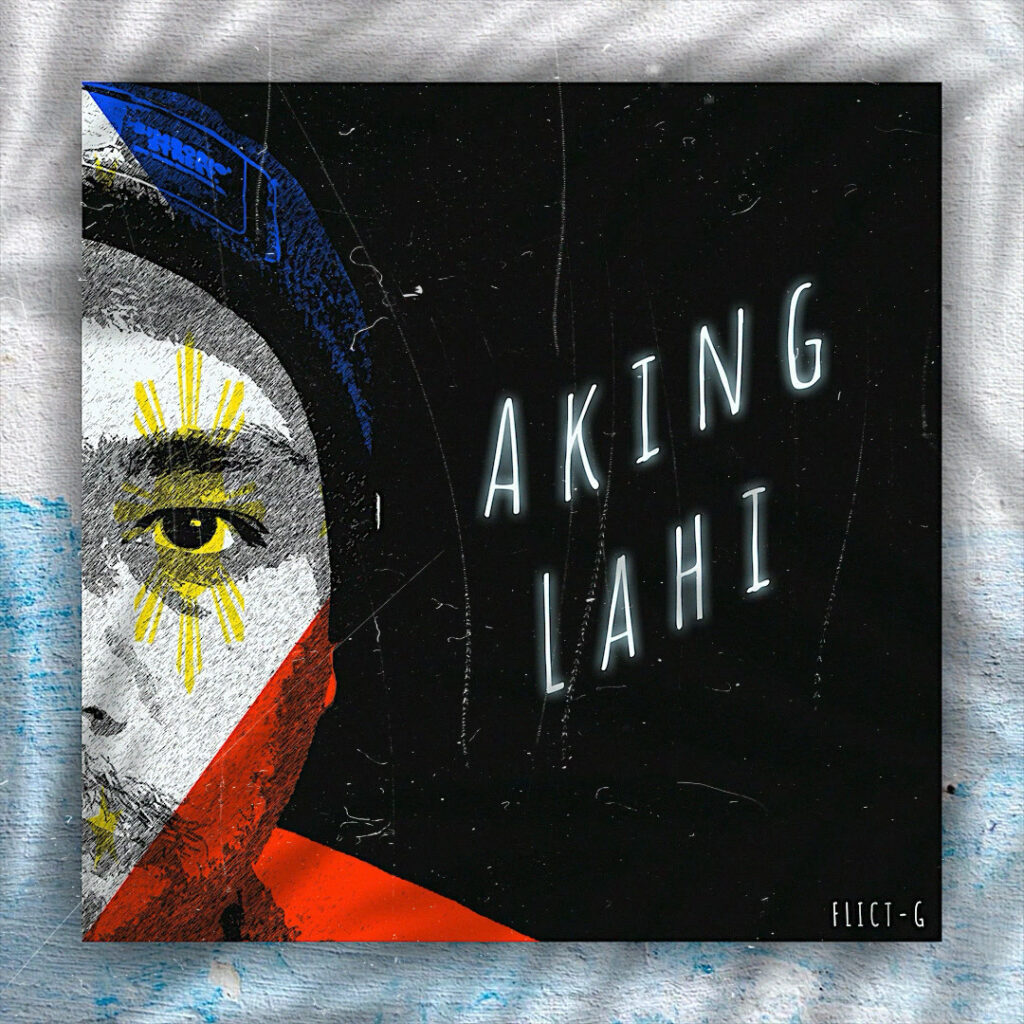 Interspersed with a performance that features Flict G looking through the camera and spitting bars, the music video also depicts various footage of activists redressing their grievances on the streets to uphold human and labor rights, and hip-hop artists ‘lipping’ the lines in local language or dialect.

According to Flict G, “Aking Lahi” was inspired by the social injustices and inequalities that the Filipinos are currently facing. It was the acclaimed hip-hop artist’s response to the social realities of our time, a way to educate listeners on the various issues that affect us—individually and as a nation. “Sa tingin ko kailangan ma-boost ang morale nila kahit papaano at magsilbing paalala sa ating mga kababayan na mas malakas tayo kapag nagkakaisa (I think it’s important to somewhat boost their morale, and remind our fellow countrymen that there is strength in unity).”

The result is a powerful anthem of resistance and inspiration, unifying diverse voices to demand meaningful change within the system.

Musically, “Aking Lahi” is propelled by ethereal vocal samples and confrontational beats, marking the rare moment where Flict G delivers a stirring performance that doesn’t glamorize or preach, but imparts an important message instead. The powerful hip-hop track was produced by Cursebox, an acclaimed beatmaker and producer who has worked with the likes of Kyla, Ex-Battalion, Alex Gonzaga, and DCOY, and was written by Flict G himself.

The music video of Flict G’s “Aking Lahi” is out now on YouTube via Sony Music Philippines.