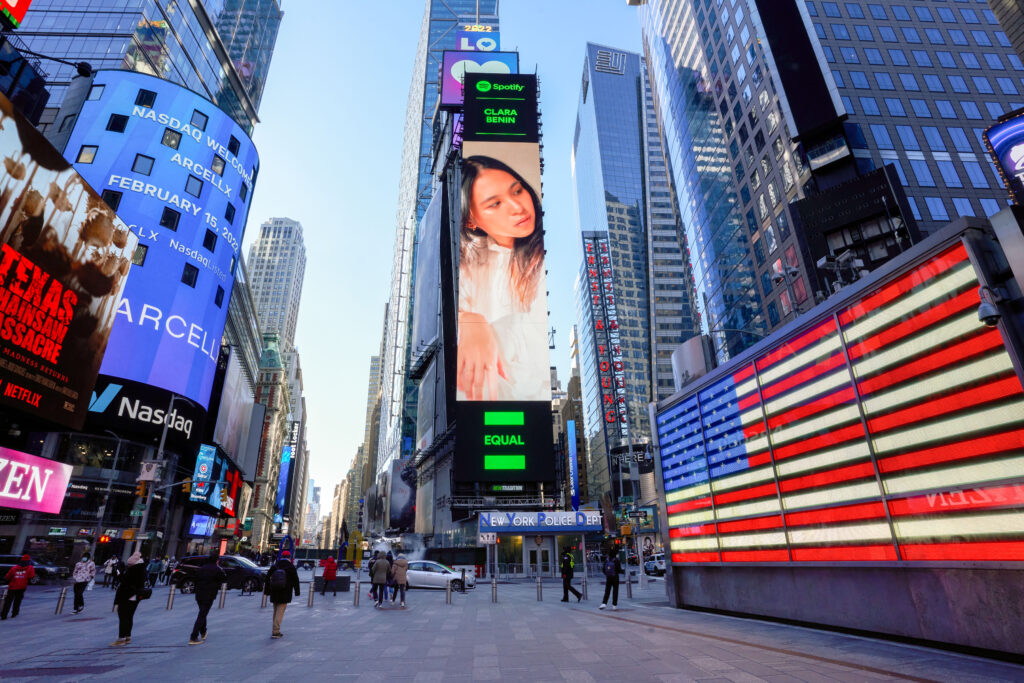 The global movement, which serves as an initiative of the music streaming platform to amplify the work of outstanding women and gender-nonconforming musicians, turned its spotlight on Benin as this week’s cover artist of Spotify EQUAL Playlist in the Philippines, with two of her songs, “blink” and “Araw’t Gabi” occupying the top two slots.

“I feel really humbled to be featured on a Times Square billboard in New York and to have my songs be part of Spotify’s EQUAL playlist alongside these lovely and talented women,” the folk-pop phenom shares in a statement. “I really hope our music reaches and inspires more people from all over the world.”

Having amassed more than 30 million streams on Spotify alone, Clara Benin is the first Filipino signed under Sony Music’s OFFMUTE— a Southeast Asian record label that’s entirely dedicated to giving artists a voice, an audience, and an opportunity for cross-collaboration within the region.

Benin recently released a new single called “blink,” which was produced by acclaimed electronic/indie artist The Ringmaster, and features prolific multi-instrumentalist Gabba Santiago on drums. Honoring memories like a fundamental aspect of human nature, the song finds refuge in reliving Benin’s past without any hint of regret.

She is also currently working on several new songs to be released soon. “I’ve been writing a lot the past two years and am very excited to work on them this year for an upcoming album.”

Check out Clara Benin’s “blink” on all digital music platforms via OFFMUTE.