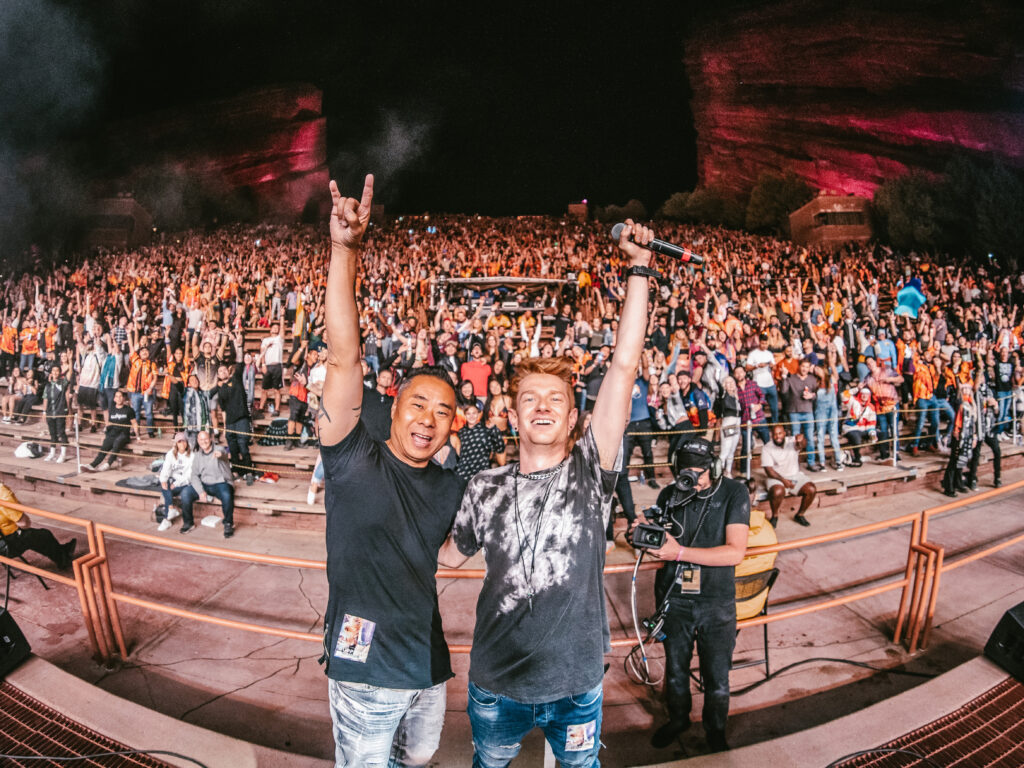 American startup duo Faybl‘s newest release – “Island,” will take you back to the cathartic, high-energy dance anthems of the early 2010s in the best way possible. The duo’s signature sound is on stunning display with the new track, which opens with soulful vocals belting out heartfelt lyrics like “even if it hurts, even if the tides turn violent, I will be your island.” Faybl slowly build into a goosebump-inducing drop full of big room energy and soaring melodies that make this gem into a tearjerker on the festival stage. Whether you’re a newbie to the scene or a tried and true veteran, this track about offering support to each other during hard times is sure to ignite your emotions and your dancing shoes. Read on for the artists’ inspiration behind the track:

“In a time when many people in our lives and around the world are facing a lot of adversity, we feel it’s more important than ever to emphasize being there to build up and support your friends and loved ones. Much of our current culture is so focused on showing what we have and trying to present the best versions of ourselves that we can often neglect building sound support systems and making sure we participate in supporting those we care about. We wanted to create a house tune with influences from artists like Illenium and Seven Lions to create an emotional yet powerful and fresh take on progressive house and festival culture. We hope this song will inspire people to reach out to their friends and family and remind them how much they appreciate them. Life is short, and we often take the life and people we have while trying to chase something else for granted. We first played this song at the end of our set at Red Rocks opening for Illenium, which is a venue that we had been dreaming of playing from the moment we started making music. With the incredible crowd response, we decided that it should be the song to kick off 2022 with this new sound.”

Faybl is a US-based duo out of Denver, Colorado, already making waves with fans and industry tastemakers alike. “Island” is their 7th release ever, with their most popular single to date being “Love Runs Cold.” This past summer, they opened for Illenium at the storied Red Rocks Amphitheatre in Colorado, where they played “Island” live for the first time. Faybl‘s journey has just begun, so ride along on their adventure by following them on Facebook and Instagram.