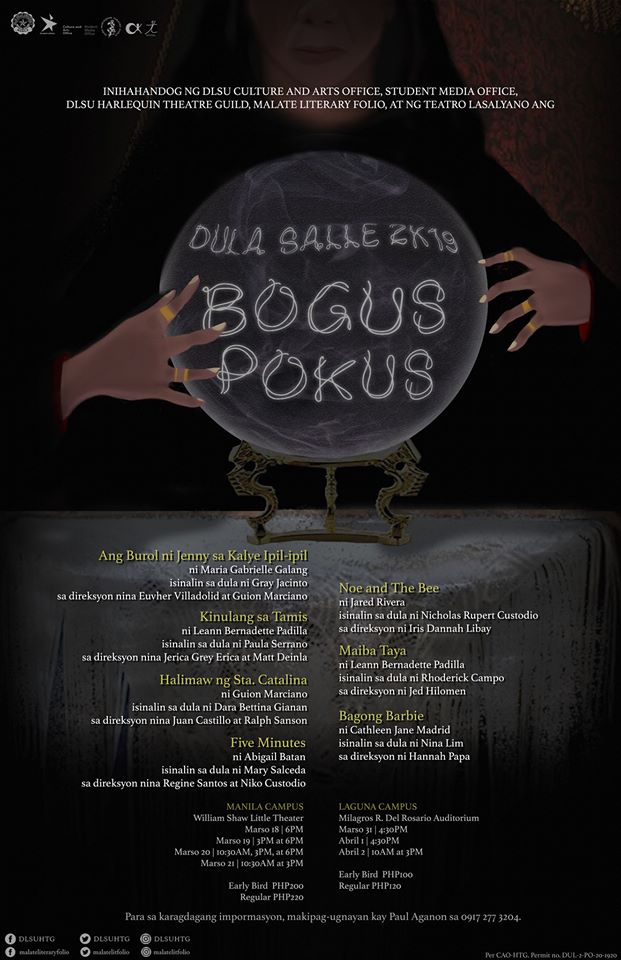 Each of the seven plays was originally written as short stories by the members and alumni of Malate Literary Folio, adapted and directed by DLSU Harlequin Theatre Guild’s members.

“DuLa Salle 2k19: Bogus Pokus” revolves around the stories of a group trying to uncover the death of their friend, a 15-year-old boy fearing for the safety of him and his family, a freshman struggling with being away from home, two sisters trying to rebuild the walls broken down by their past, a little girl who loses her friend as a woman loses her job, a little girl who desperately wants to change how she looks, and a teenage girl who struggles with overcoming her grief. The production serves as a reminder to always keep an open eye despite the struggle of a circumstance.