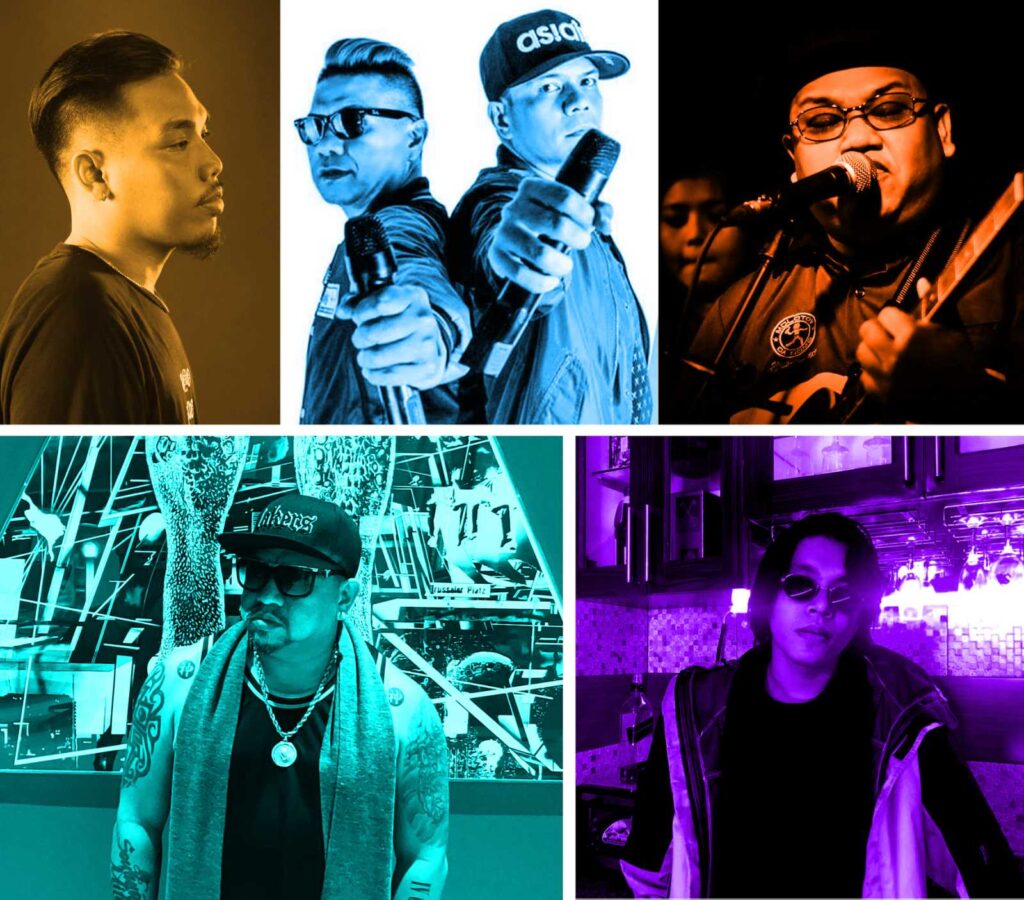 Def Jam Philippines continues to push Filipino hip-hop with its flagship project Rekognize. Centered on collaborations, Rekognize brings together artists from different corners of the current music landscape to create something bigger than the sum of its parts. Rekognize is now poised to continue its longterm project with another heavy roster of artists for Atin Ang Gabi.

Rekognize does a good job of finding a common wavelength between artists of different styles and backgrounds, and Atin Ang Gabi is testament to that. The track is a posse cut that plays to the strengths of each artists featured: new wave prince Al James, fresh up-and-comer Calvin De Leon, as well as veteran hip-hop outfits Legit Misfitz and revived R&B gem K24/7, honing in on a steamy and exciting vibe.

“It’s a song about making the night ours, about lovers getting to know each other” Dash Calzado of Legit Misfitz shares when asked about the concept for Atin Ang Gabi “It’s sexy, a little mischievous, it’s a little naughty, but also clever.”

Arranged in a way that gives each featured artists their proper due, ‘Atin Ang Gabi’ begins with Al James’ signature deep voice crooning the hook, juxtaposed by R&B veterans K24/7 backing vocals. Rising hip-hop artists Calvin De Leon throws his own hat in the ring with a mix of his vocal chops and strong bars, backed up by Legit Misfitz fast harmonizing cuts with verses of their own.

Rekognize is Def Jam Philippines’ flagship project of uniting various people from hip-hop culture. Bringing together artists in such a wide landscape across the Philippine archipelago is a huge feat in itself, and for Def Jam Philippines it’s a reality. Rekognize reaches towards the underground and the mainstream, the old and the new, and bridges them together to join forces and make ways towards the rest of the world. More collaborative projects will be released this 2021.

Atin Ang Gabi revels in the pleasures of the night — the glistening lights, the electricity in the air — and turns it up a notch with a symphonic track that doesn’t let the dust settle. Not only is Atin Ang Gabi another extraordinary feat of hip-hop unity, but also an indication of where it can go forward. A confident track backed by a stacked roster of artists, Atin Ang Gabi speaks to its own truth about love and what excites us about it.