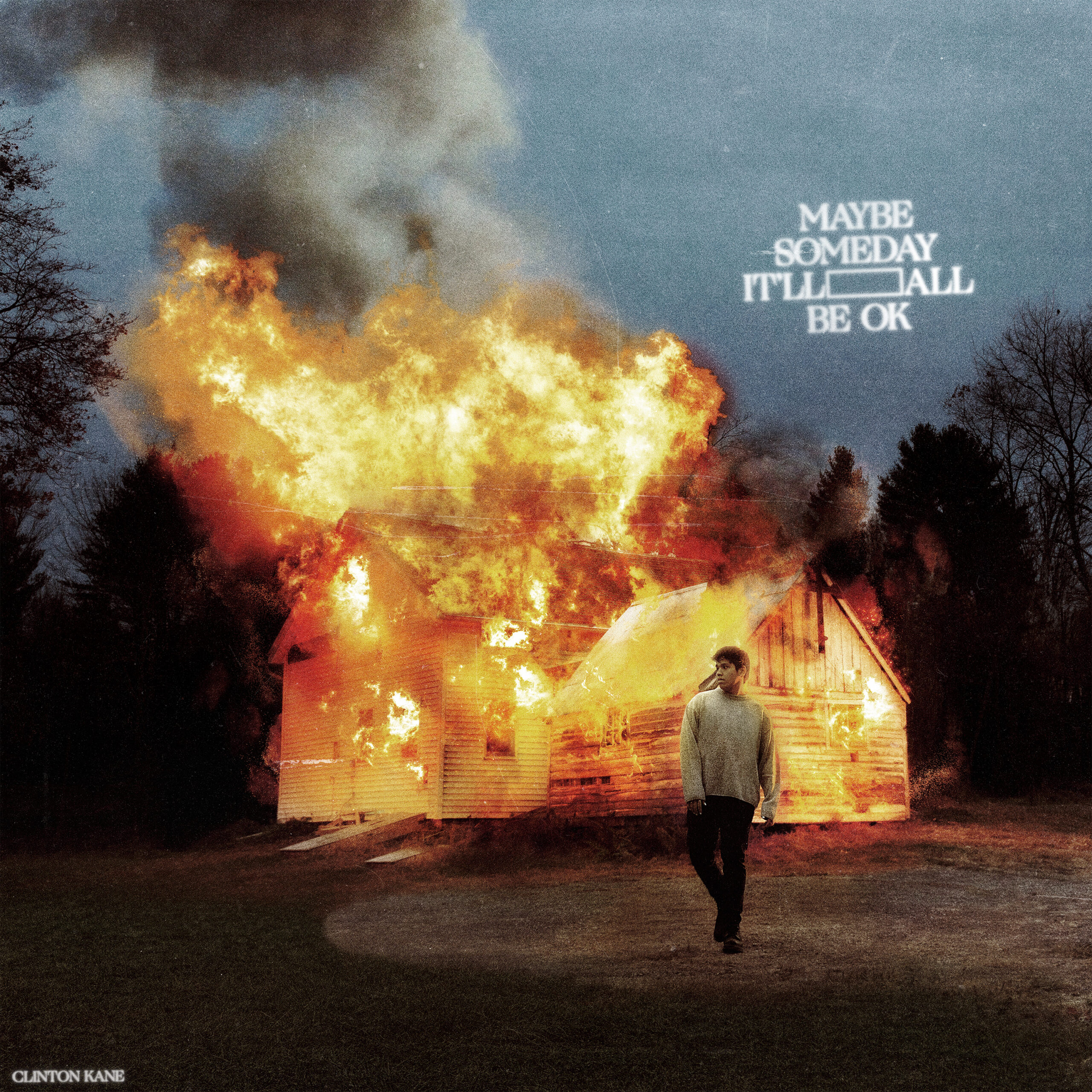 Clinton Kane has released his debut album MAYBE SOMEDAY IT’LL ALL BE OK via Columbia Records. The 9-track LP features RIAA Gold-certified lead singles “CHICKEN TENDIES” and “I GUESS I’M IN LOVE” as well as “GO TO HELL” and “14” in addition to five brand new tracks. Listen HERE.

Touching on themes and personal experiences with loss, love, mental health, etc., Clinton might just make listeners feel strong enough to let their emotions out too. Kane says, “This album is a collection of personal experiences and key moments that have had an impact on my life. It’s unapologetically myself. I’ve been working on this project for three years, and to think this whole journey started from a panic attack that forced me to try writing a song is surreal to me.”

He adds, “The name of the album was actually inspired by a phone call I had with a close friend. We were sharing stories about mutual trauma, and at the end of the call he said ‘maybe someday it’ll all be ok.’ It wasn’t too depressing, but not too optimistic either, and I’ve always felt like I live in that grey area – that juxtaposition between hopefulness and hopelessness.”

Earlier this month, Clinton announced a massive global headline tour slated for the fall, which follows two sold-out North American headline runs the past year. The 53-date trek begins in Edmonton, AB on September 3 with stops in Los Angeles, Las Vegas (Life Is Beautiful), New York, Toronto and more. On November 1, Clinton will kick off the international leg of the tour in Dublin, IE with shows throughout Europe and Asia, including Manila on December 3, 2022 at the New Frontier Theatre.

Additionally, Clinton will be contributing a portion of touring proceeds to various charities serving the different continents and cities he will be performing in. A dollar per ticket sold in the US will be donated between Take Back The Night, a national advocacy organization with local chapters that amplifies voices and convenes community for survivors of sexual abuse and assault, and Noise For Now, which supports local abortion providers and advocates in areas where access has been threatened or eliminated.

MAYBE SOMEDAY IT’LL ALL BE OK

KEEP IT TO YOURSELF

ONE MORE DAY WITH YOU

I GUESS I’M IN LOVE