Cine México film festival is back and running on September 7-11, 2022 at the Shang’s Red Carpet

Cine México film festival is back and running on September 7-11, 2022 at the Shang’s Red Carpet 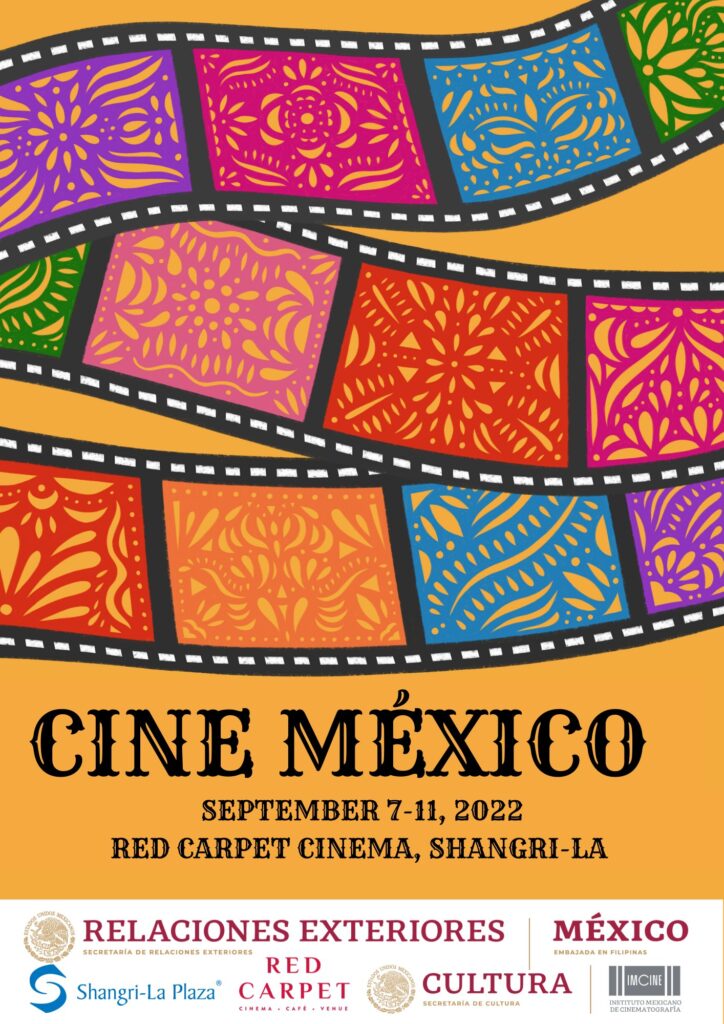 Christmas arrives early for cinephiles in the metro. Shangri-La Plaza, known as the home of foreign film festivals, teams up with the Embassy of Mexico in the Philippines once again to bring the crop of successful Mexican films to Philippine silver screens—all for free. After three years, Cine México film festival is back and running on September 7-11, 2022 at the Shang’s Red Carpet.

Cine México is screening six films from various genres that offer a glimpse of modern Mexican culture. It opens with La Promesa (The Promise), a 2018 production by Oscar Blancarte that was selected as the Outstanding Feature Film at the 15th Annual Sacramento Film Awards. Set in a small rural Mexican town, this heartwarming film is about the strong bond an intelligent yet rebellious boy formed with his teacher and mentor who fell into depression after his wife left him.

The 2015 comedy Ella es Ramona (She is Ramona) directed by Hugo Rodrigue revolves around Ramona, a woman who struggled all her life because of her weight. When visiting a tarot café, she finds magical beetles that may finally change her luck.

Then there’s 90 Dias para el 2 de Julio (90 Days to Election Day), a 2021 film by Rafael Martinez Garcia about a young man who remains hidden in a house throughout the presidential elections after his boyfriend and presidential candidate of a very conservative party asked him to.

Fuego Adentro (Fire Within) is a 2020 piece by Jesús Mario Lozano about a lonely and repentant man who hides in a remote mountain village until his younger brother finds him and delivers news about his beloved Marta. The reunion allows the brothers to catch up and also change their lives forever.

El Mar entre las Casas (The Sea between the Houses) is directed by Juan Pablo García Gordillo and released in 2020. It centers around a biologist who returns home after the death of his mother to settle her affairs. Staying longer than he intends to, he meets and falls in love with his neighbor Estela.

All films will be screened in Spanish, with English subtitles. Entrance is free of charge on a first-come, first-served basis.