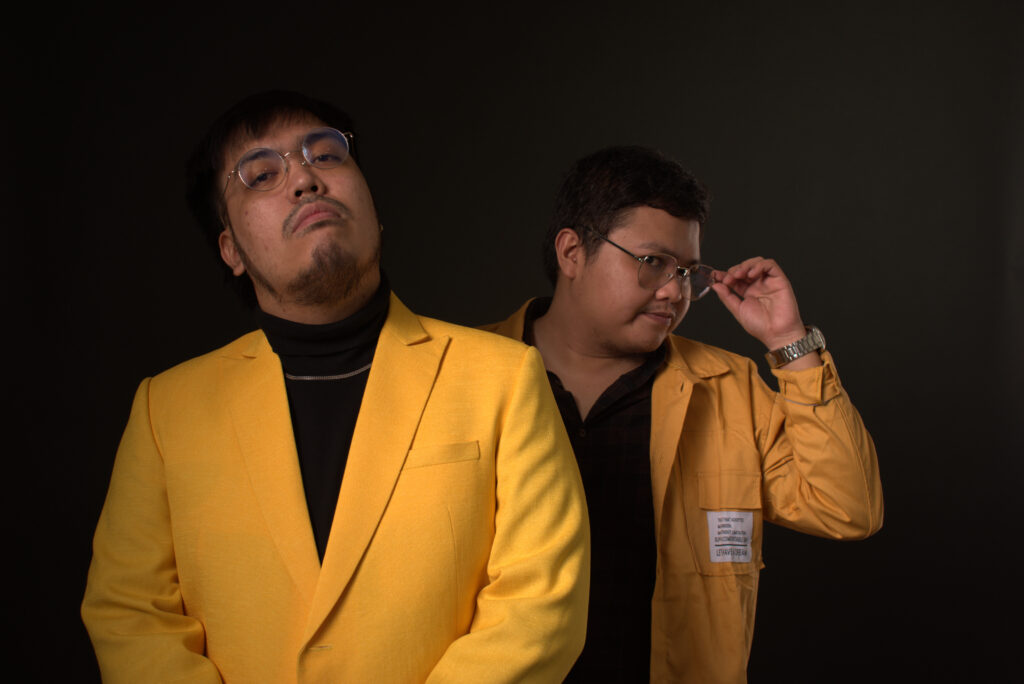 Formed during the onset of the pandemic, production duo Bajula is blazing new paths forward with their nostalgic, homemade take on R&B, soul, and electronic music. While only a few thousands of listeners have probably heard of the indie project, Alvin “Vertigo” Guanlao and Jolo “Frazier” Juatco have found refuge in expressing one’s feelings and journey through this particular kind of accessible, DIY music.

“Given that we have been in the same band for the last decade, myself being the drummer and synths player, and Vertigo being the lead vocalist and guitarist for a band named Admiral Peppery, it was easy to start something new,” says Frazier. “During the recent wave of the pandemic, Vertigo and I had a concept about creating something different and is not the usual in terms of what we’ve previously done (like playing our usual instruments and style). To add, we always wanted to sing and groove to our songs without holding/playing our usual instruments.”

Far removed from the unapologetically brash attitude of their other band, Admiral Peppery, Bajula is a more polished, pop-oriented project that brings to mind a more contemporary version of New Edition or Keith Sweat. But instead of completely surrendering to the whims of mainstream radio, their music brims with experiments and sophisticated details done right. During the past few months, the eclectic duo began writing and producing songs that would form their upcoming 7-track album, Sensual Dance Club.

Their first single “Catching You” was the last track to be written and produced off their soon-to-be-released record. Built around unassuming restraint and laid-back production, Bajula’s latest song finds both Vertigo and Frazier singing about the pitfalls of a romantic relationship over ’90s-inspired R&B melodies and spare instrumentation. It’s a debut tour-de-force: a vintage slow jam whose production exudes confidence and flow, but never leaning towards the flashy side of things.

Frazier penned “Catching You” during the momentum of a creative breakout, with the duo wanting to challenge themselves to create another song to complete the album. “I’ve always wanted to tell stories through flashes of scenarios instead of being direct,” the synth player, keyboardist, and co-vocalist of Bajula admits. “I always had the urge to add an R&B-ish ‘mood song’ that tackles the more mature side of romantic storytelling. Catching You is confrontational as it is drunken: delivered from the perspective of someone talking to no one but himself, and admitting that there’s work that needs to be done in order for the relationship to work.”

The smooth, soulful track is accompanied by a self-produced music video that highlights their utter inability to look cool and serious. Dressed in canary suits and New Jack Swing-inspired visuals, both Frazier and Vertigo sways and grooves awkwardly while trying to win someone’s heart with their unpretentious impression of late ‘80s to early ‘90s R&B boyband music.

“The concept was basically just us introducing our style and music to the public; it’s just the two of us singing and showing our awkward dancing skills mixed with some retro 80’s vibe,” Vertigo explains in a statement. “It’s a DIY music video directed by us and Hennie Ken Avila. He is also our sound engineer so working with him is always a breeze.”

The music video serves as an attempt to give their audience an idea on the actual song performance. “We did it all DIY,” shares Frazier. “As independent artists, it’s a humbling experience to take control of the visual narrative and reflect ideas on something that is representative of your art. We’re proud of what we’ve accomplished so far as a creative team.”