Boyz II Men back in Manila

Boyz II Men back in Manila 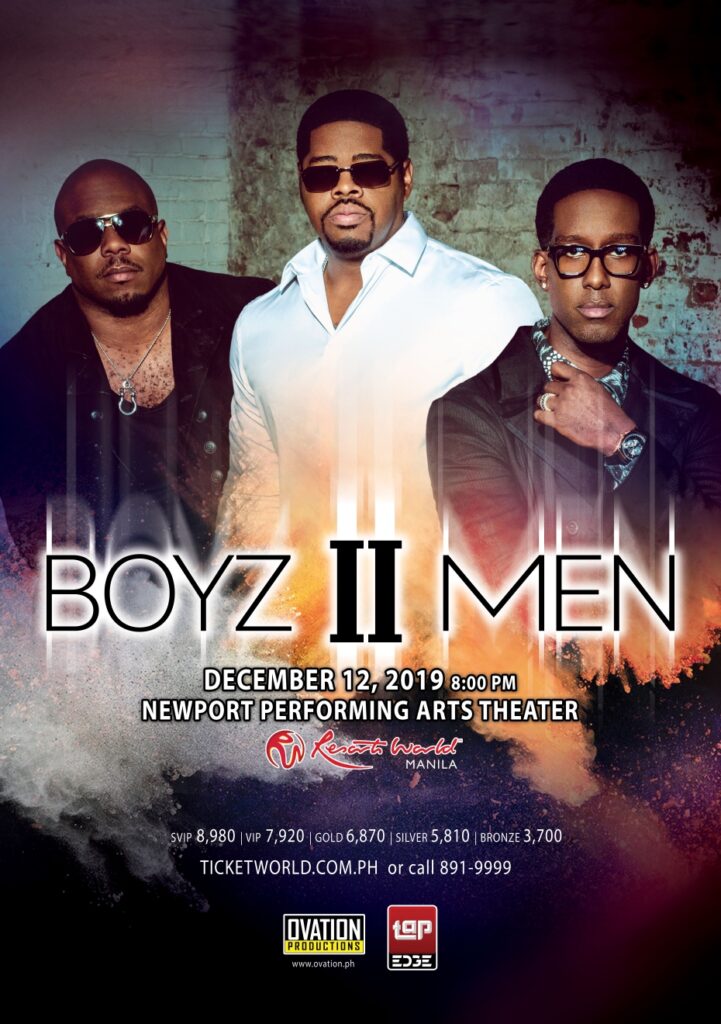 Boyz II Men hold the distinction of being the most commercially successful R&B group of all time with three No. 1 hits on the Billboard Hot 100, selling over 64 million albums worldwide. They had engraved three of the longest-running No. 1 pop singles in history — End of the Road, spending thirteen full weeks on top of the Billboard Hot 100, which historically concluded the decades-old record held by Elvis Presley, subsequently followed by I’ll Make Love To You with a 14-week reign. The third No. 1 is One Sweet Day with Mariah Carey which ruled the Billboard chart for a total of sixteen weeks, an all-time record they had held until August of this year.
In September 2019, Boyz II Men commemorate the 25th year anniversary of the record that cemented their status as music royalty, the 12x platinum, triple Grammy Award-winning album II. Although the Boyz have consistently toured across the United States and around the globe, performing a mix of their latest tracks and treasured classics, venues continue to sell out to the rim. The reason is abundantly clear – for the past two decades, Boyz II Men have given fans a rich catalogue of hits filled with soothing harmonies and unparalleled vocal excellence.
More accomplishments lead the iconic a capella group to pop culture ubiquity, along with 3 Billboard Music Awards, 9 American Music Awards, 9 Soul Train Awards, a 2011 MOBO Award for Outstanding Contribution to Music, and in 2012, a star on the Hollywood Walk of Fame.
Boyz II Men’s other chart-topping hits are On Bended Knee, Water Runs Dry, A Song For Mama, and 4 Seasons of Loneliness, among others.
Their Manila stint is happening on December 12 at Resort World Manila’s Newport Performing Arts Theater
Boyz II Men Live in Manila 2019 is presented by Ovation Productions on its 40th Year Promoting the Biggest Names in Live Entertainment, in cooperation with TAP Edge: The Home of Live Action Sports. Tickets available starting Friday, October 4 at 10am via www.ovation.ph, www.ticketworld.com.ph and all TicketWorld outlets. For inquiries, call (02)891-9999 or (02)532-8883.