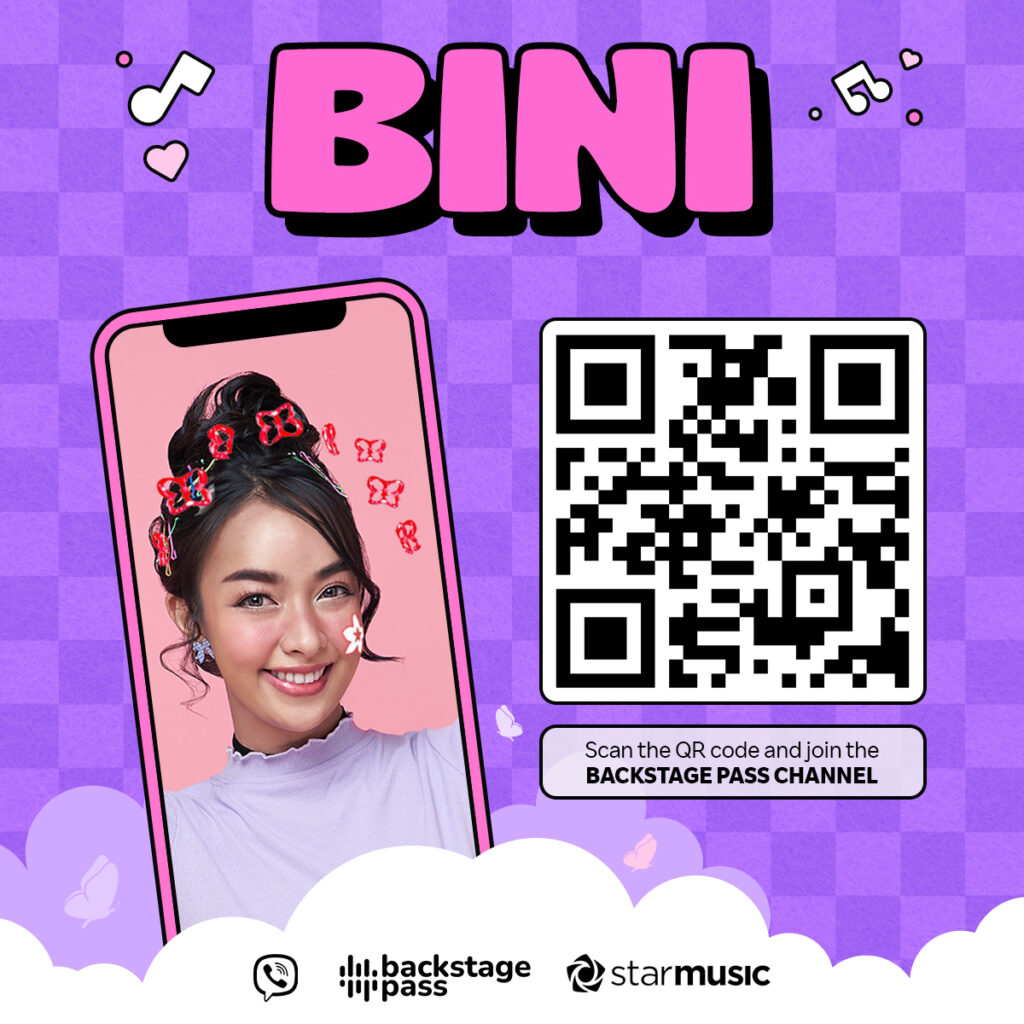 BINI, dubbed as the nation’s girl group, has partnered with Viber, one of the world’s leading apps for free and easy communication, to connect with their fans right in their chats.

With now over 1 million subscribers, Backstage Pass is a space where artists—like P-pop royalties BINI and their labelmate BGYO and even beloved Filipino bands Spongecola and Lola Amour—and their fans come together and have a good chat. It’s meant to give music enthusiasts access to never-before-seen content that’ll allow them to get to know their favorite stars better. It’s where fans can ask their ults burning questions and get messages straight from their faves.

As a special treat to all Blooms—the fans of BINI, Viber is also launching a first-of-its-kind Viber Lens, making them the first Filipino music artist to have their own augmented reality (AR) lenses that all Viber users in the world can use to enliven their chats. 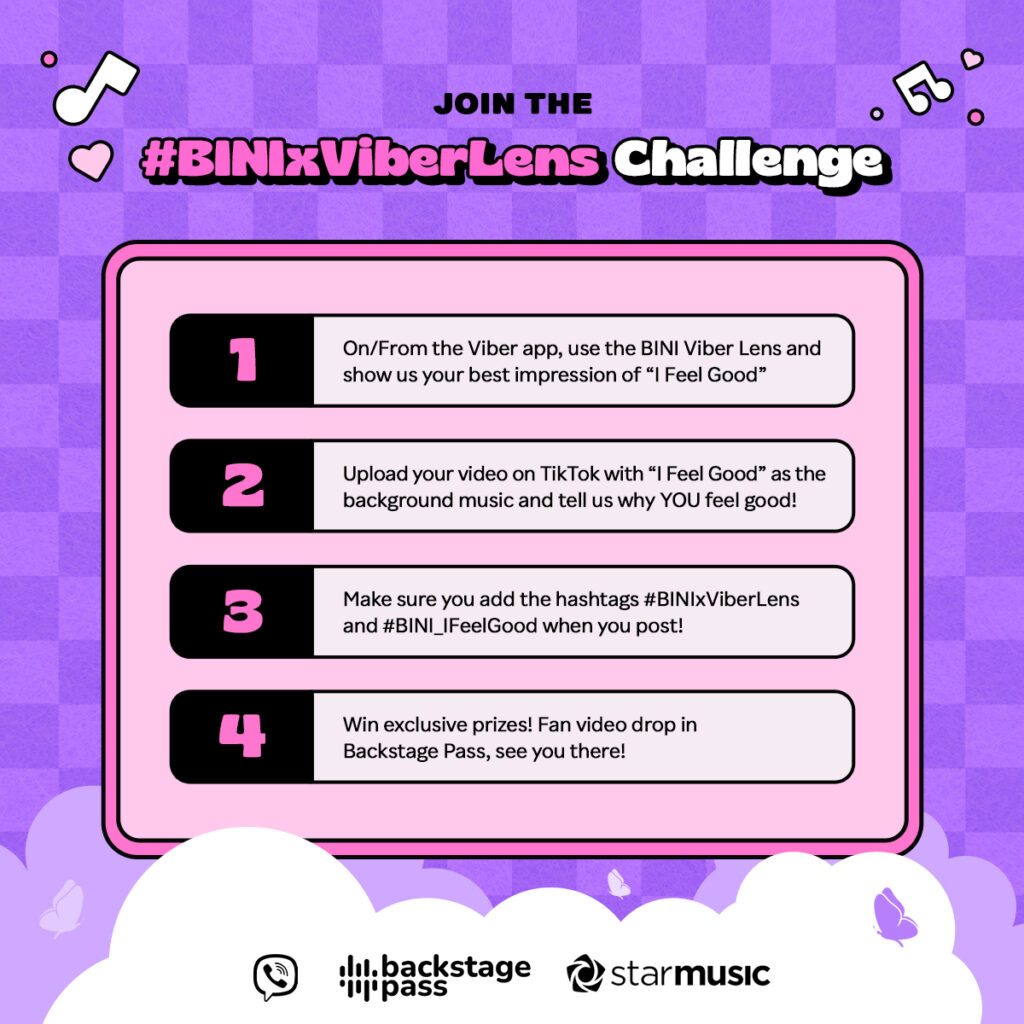 The Viber Lens features the iconic BINI flower with a star in the middle on the cheek and butterflies around the user’s head. As a special treat, BINI and Viber are inviting Blooms to join the #BINIxViberLens Challenge for a chance to win a video shoutout, signed merch, and more surprises from Star Music’s pioneering P-pop girl group.

To join the challenge, record your best impression of BINI’s new kilig bop “I Feel Good” off their sophomore album “Feel Good” while using the Viber Lens. Make sure to do the BINI infinity sign in your video!

Download the video from Viber then upload it on TikTok and add “I Feel Good” song as your background music. Add in-video text by completing this sentence: “I Feel Good because ________.” Caption must include the hashtags #BINIxViberLens and #BINI_IFeelGood. All posts must be public and shown on your feed, and the video should also be downloadable. Submission of entries will be until November 17 only!

Winners will be shortlisted based on their concept and visual aesthetics, creativity, and performance (synchronization and execution). They will receive a video shoutout, signed merch, and other exclusive prizes. Chosen videos will also be posted on BINI’s social media accounts, so show all the other Blooms what you got!

BINI is an eight-member girl group that debuted under ABS-CBN’s Star Magic in June 2021 with the single “Born to Win”. They subsequently released their 12-track debut album of the same name that includes two other main singles, “Golden Arrow” and “Kapit Lang”. Their other hits include “Lagi” and “Na Na Na”. They released their second album last September with “I Feel Good” and “Strings” as the main singles.

Chat with some of the local music industry’s brightest stars on Viber’s Backstage Pass Channel and get into the P-pop fever by joining the #BINIxViberLens Challenge now!