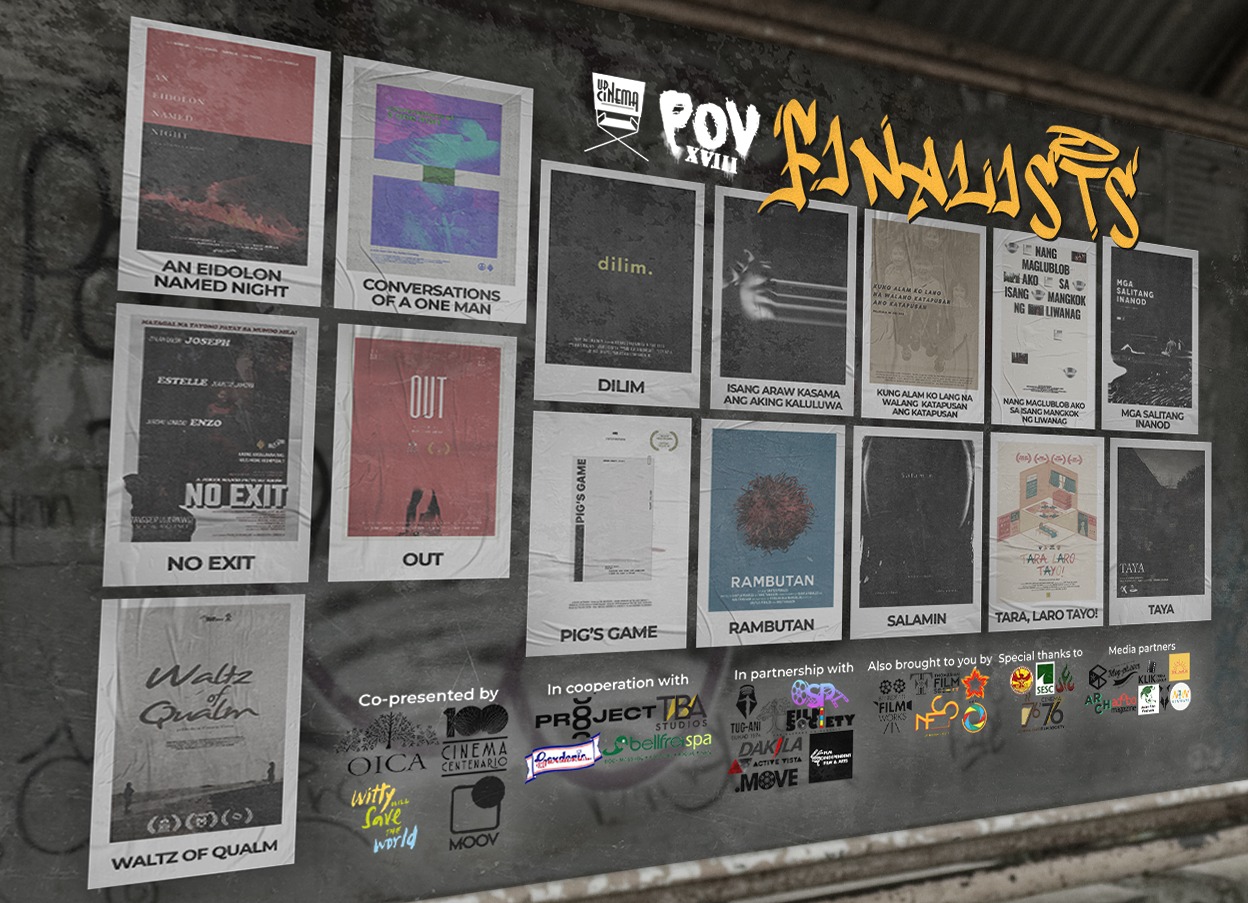 De La Salle-College of Saint Benilde film students recently took home six prizes from Piling Obrang Vidyo (POV), an intercollegiate film competition managed by the University of the Philippines Cinema, a student film organization based at the UP College of Mass Communication in Diliman.

In “Pig’s Game,” Al San Miguel (Ramada) is a run-of-the-mill theater actor who got involved in a deliberately planned audition for a government propaganda campaign. A director and his crew lead the audition in a conventional manner while a famous figure seems to be watching it.

Bautista, who collaborated with co-writer and director of photography Tristan Aguilar and assistant director and sound recordist Warren Clarianes, shared that their film revolves around an organized black propaganda involving murder and it reflects the extent of a person’s greed when it comes to politics.

“Pig’s Game” earned the approval of the POV jury, composed of filmmakers Carla Pulido Ocampo and Ligaya Villablanca, actress Therese Malvar, and film critic Jason Tan Liwag, “for its deceptively simple form that turns an otherwise innocent Yes Room into a crime scene, in which viewers themselves take part, buoyed by a strong on-cam performance with seamless transitions between fakery and rawness.”

In “Salamin,” a girl (Kirsten Collado) only has a mirror to keep her company as she lives in darkness. Her life changes when a burst of light emerges. She considers it the only way to escape from the surrounding voices that torment her. Despite the uncertainty of what is beyond the light, she peeks and sees a world better than what she has. Even if she wants to stay, she is unsafe from the voices hounding her.

Working with batchmate and musical scorer Carlo Barredo, Collado experiments and challenges himself to “create imaginative experiences and deliver a story that is deeply personal to him and the viewer.”

“I want to share my art as a sort of release for me personally, as I am not a very talkative person who can simply say what one has in mind. Thus, creating films has become my way of culminating stories and ideas for others to experience and relate to, and for me to continue finding peace,” Collado revealed.

“Taya” tells the story of Leo (Paolo Gratuito), a teenager who has been used to his father Ron’s (Rommel Rubina) frequent absence, as he gets by each day through the care of his mother Anne (Abby Luanzon) and his friends in their neighborhood. Ron is usually jobless, comes home drunk, and hurts Anne.

Parapara used parallelism to show “the childish games and insults would never be the same for Leo” as he chases his friends, after witnessing his father slap his mother and leave. The young filmmaker teamed up with production manager Andrea Salio, cinematographer Jan Christian Dijan, and editor Tyrone Luanzon in “Taya,” which won the viewers’ nod “for significantly evoking connection with the audience.”