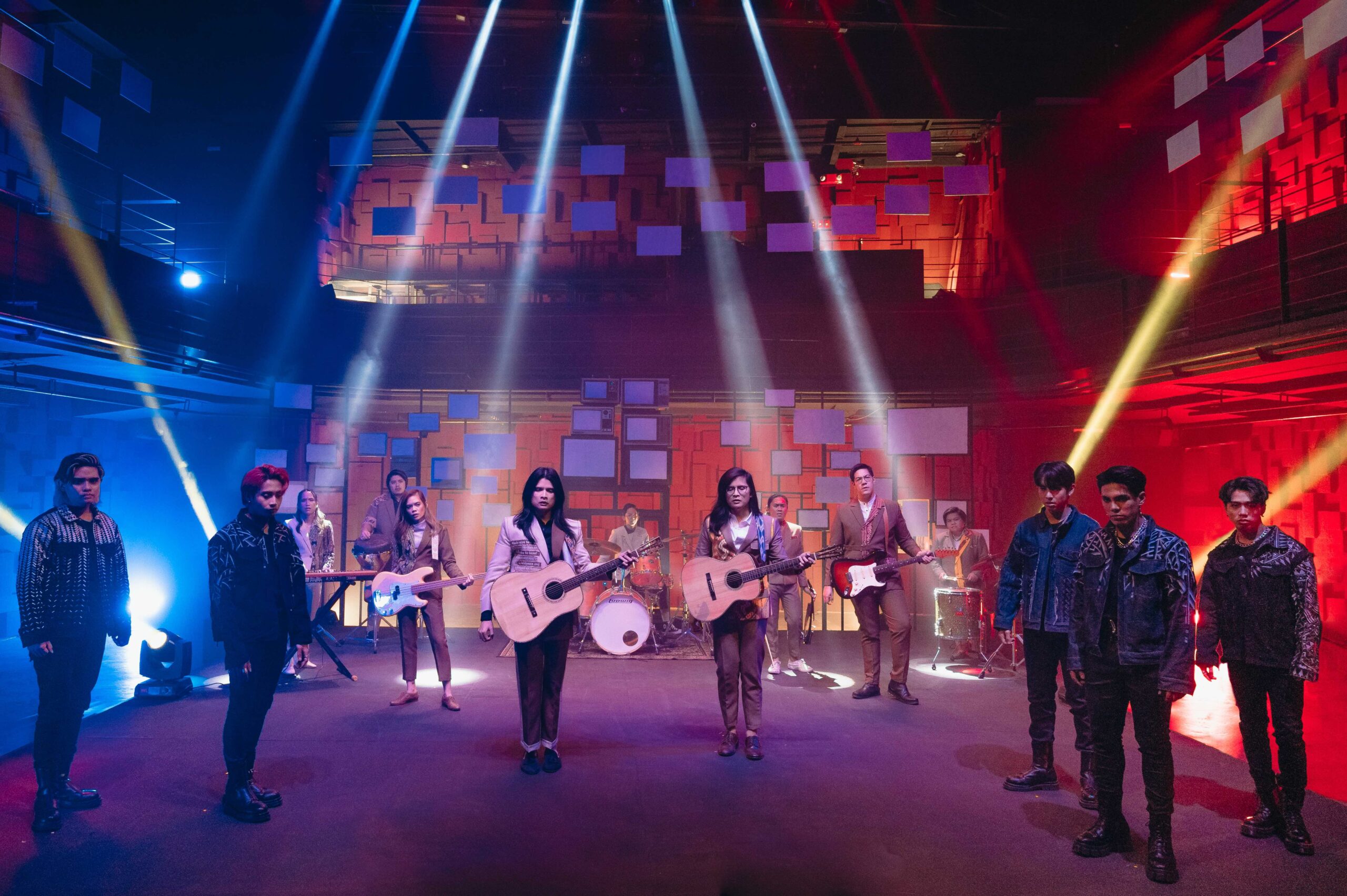 Ben&Ben and SB19 make an important stand on issues concerning power abuse and public service with the release of “Kapangyarihan” performance video.

With theatrical performance as its overarching theme, the visual conveys the song’s message through a fitting medium that reflects the realities of life.

“Theatre is meant to be experienced live but we used its intrinsic quality in presenting the ‘Kapangyarihan’ music video,” says Dexter M. Santos, the MV director. “By infusing the music video with narrative, choreography, set, and costume design as well as video, we hope to deliver a sincere and emphatic performance.”

Shot in a stylized but dramatic approach, the video is interspersed with snippets of historical context and stories that question leaders and call for a meaningful change.

“The audience is reminded that this is a performance – yet a call to action is demanded from them; that there are bigger and stronger issues that we have to address after watching the performance,” Ben&Ben shares in a collective statement.

“To those in power it’s a reminder that the root of what they should be doing is service to the public, and if there is an abuse of that power then truth shall always prevail, no matter how anyone tries to hide it,” the nine-piece band adds. “To the people it is a reminder not to put politicians on a pedestal, and that we must always hold those we elect accountable for their actions.”

“Kapangyarihan” marks the second time that Ben&Ben and SB19 have collaborated on a track. Both critically acclaimed groups first worked on the rousing pop ballad, “MAPA (Band Version),” which has racked up more than 25 million streams on YouTube and Spotify combined.

Ben&Ben and SB19’s “Kapangyarihan” is out now on all digital music platforms worldwide via Sony Music Philippines. Watch the MV here.