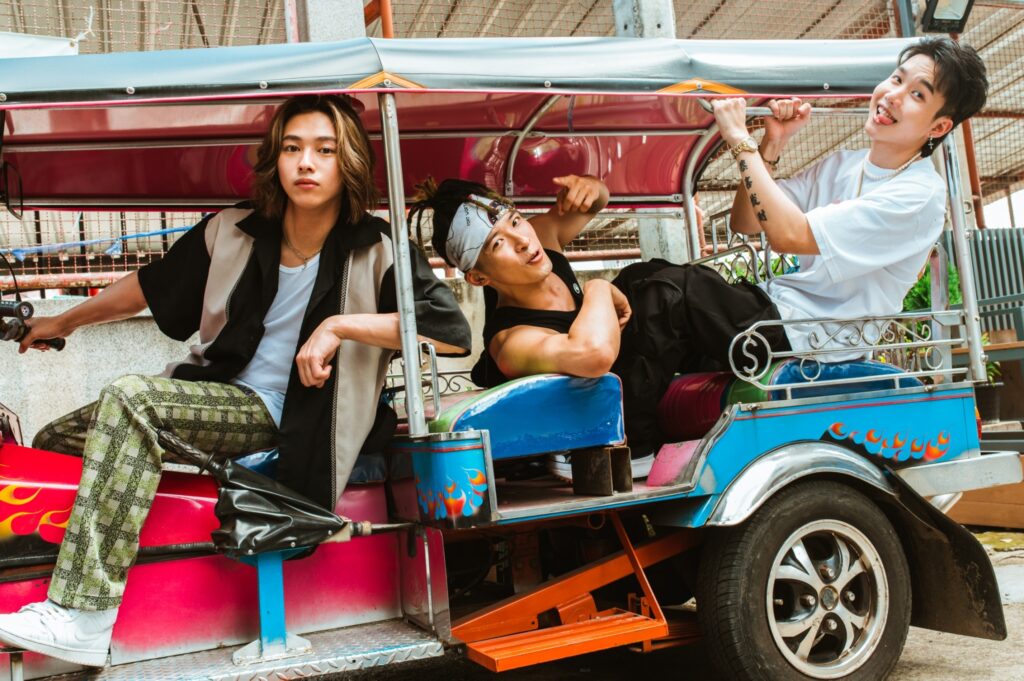 Sony Music Entertainment Japan has announced the debut single release of Japanese and Thai Hip Hop trio, Baby Mic Candy (BMC). The single,‘RUN’, will be made available on all digital streaming platforms on 31 August 2022, Wednesday, with the accompanying music video on the same day. Baby Mic Candy (BMC) is a 3-member Hip Hop group consisting of MOTO from Thailand, and GOLI and YUKI from Japan. The name ‘Baby Mic Candy’ toys with the idea of how the trio wants to share their identity with the whole world, charming listeners as vividly as Candy through the Microphone without forgetting their Baby-like innocence.

Formally members of a 10-member idol group in Fukuoka, Japan, the group disbanded in 2019. As the 3 remaining members, MOTO, GOLI and YUKI regrouped to form BMC during the COVID pandemic, working together remotely in Thailand and Japan respectively. 2 and a half years of enduring hardships of creating songs remotely and with the Japanese members of BMC studying Thai language, all 3 members have finally reunited in Thailand since May this year. Currently based in Bangkok, BMC will be writing songs together with some of Thailand’s biggest music producers and artists, working on various projects, while working towards the same shared goal of becoming a hit in Thailand.

The debut Hip Hop, breakbeat single,‘RUN’ is an adrenaline-pumping, runner’s high song that sublimates good vibes, a spirit of defiance, and resolutions overflowing from the group.

With lyrics in Thai, Japanese and English, the high-tempo best of the single depicts the “ordinary guys” that BMC values so much as they bet (run) on the once-in-a-lifetime game of life.

BMC’s leader GOLI says,”Listening to our debut single ‘RUN’, I hope you can feel the possibilities and expectations of the word “anyone” in a positive way, as well as the passion of BMC and the hotness of Thailand. It is a song that makes you feel close to us, with the thought of stepping forward together.” This song is the start of the BMC project, in which the members, representing Generation Z, will present the significance of their existence as artists in the country.” Prior to their debut, BMC’s official YouTube channel has already launched. Produced by Goffoo (@goffoo), the leader of a Thailand’s legendary YouTuber group FEDFE, the channel will feature a variety of content focusing on the BMC members’ lives in Thailand.

Join the members of BMC as they travel across Thailand to learn about the local culture, and finding inspiration for their music creation. More information will be shared in the upcoming weeks.