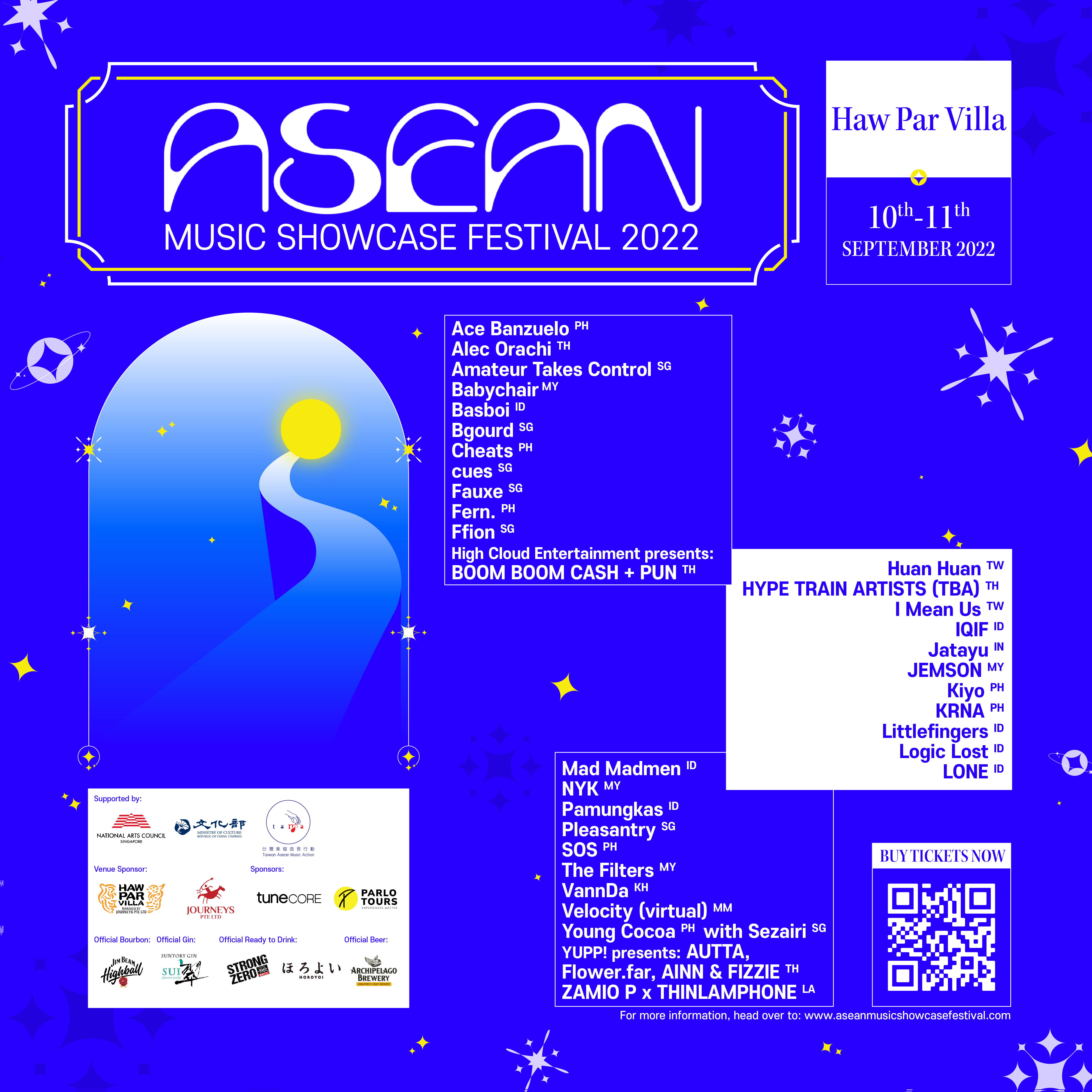 ASEAN Music Showcase Festival (AMS) is marking its first in-person showcase since its founding in 2020 with an electrifying artist lineup, bringing together some of Asia’s most exciting music acts for its 2022 edition on September 10-11 (Saturday and Sunday) in Singapore.

Each country in the ASEAN will be represented by a mix of established and emerging artists performing various music genres.

From Cambodia, hip-hop superstar VannDa will be returning this year fresh out of the release of his new album, SKULL 2 (Season 1). He will be joined by fellow labelmates from Baramey Production for an all-star showcase. VannDa made his AMS debut last year, with his full set viewed nearly 2 million times on YouTube.

“Tunecore is proud to support an event like ASEAN Music Showcase Festival which celebrates and amplifies the voices of independent artists around the region. Our efforts over the last two years have been directed towards elevating local indie scenes in Southeast Asia and helping our artists to level up in their careers, and our partnership only reinforces this further. I’m stoked to announce the inclusion of Babychair, one of our up-and-coming bands from Malaysia as Tunecore’s ambassador in the showcase, as we believe them to be a perfect representation of Malaysia’s vibrant underground scene,” says Cyrus Chen, Head of TuneCore Southeast Asia.

Laos and Myanmar will also be represented this year for the first time. Laotian acts Thinlamphone & ZamioP make their AMS debut, along with Burmese act OAK Soe Khant and Velocity, with th latter’s set available online only.

Guest acts outside ASEAN will also be making appearances at AMS 2022, including Taiwanese indie act indie rock bands Huan Huan and I Mean Us, and another act to be announced later. Indian jazz-rock fusion band Jatayu will also be performing this year.

AMS will also host a virtual showcase, with the lineup to be announced soon. In the tradition of the past AMS editions, music fans from all over the world will continue to enjoy this year’s in-person showcase sets in Singapore and the virtual showcases from the comforts of their own home—which will be broadcasted live via AMS’s official YouTube channel on both days.

Tickets to ASEAN Music Showcase Festival 2022 are now available to purchase online via Sistic at https://www.sistic.com.sg/events/asean0922.

For more information about the third edition of ASEAN Music Showcase Festival, visit the official website.