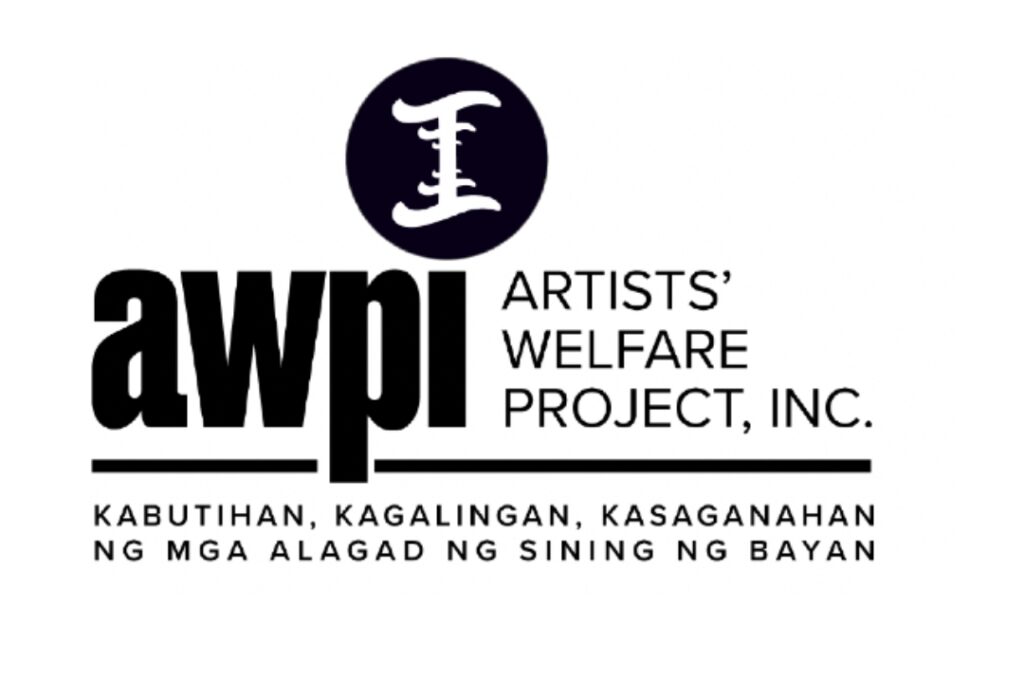 On October 7, 2007, 15 artist-leaders incorporated and registered the Artists Welfare Project Inc. (AWPI) at the Securities and Exchange Commission (SEC).

The SEC registration paved the way to legally and formally assist Filipino artists deal with a number of issues they face, notably rights and welfare concerns.

The action to legally and formally organize artists was a direct response to the stark reality that thousands of Filipino freelance artists are working without a legal employer-employee relation framework. This precarious situation was not helpful when they need assistance on financial and health issues, for example. Then, there were the more important concerns on benefits covering health, unemployment, retirement, and assistance on building a house.

Most of the time, fellow artists “rescue” their colleagues by passing the hat for financial contributions. These are, however, temporary and palliative steps.

AWPI turned seven years old in 2014. By then, the organization considered dissolving itself. Board members felt nothing substantial was happening. But they decided to make another try as there was support from the membership.

As executive director, Grace Nono worked with congressional contacts to push for bills which would institutionalize solutions for short-term and long-term problems of artists.

After 13 years, AWPI continues to serve Filipino creatives in an effective manner possible, given the limitations.

Among the current AWPI initiatives are: coordinating with government agencies such as SSS, PhilHealth and Pag-IBIG Fund to inform and educate freelance artists and creatives on how to register, contribute, and avail of their services

Through persistent working with congressional allies, AWPI was instrumental in the House and Senate deliberations of various bills that will advance and protect artists’ rights and welfare.

These bills include the Eddie Garcia Bill which proposes to institute safety in the workplace of workers in the audiovisual, broadcast, and entertainment industries.

On top of its regular literacy campaigns via the AWPI Talks, the organization is at the forefront of an unprecedented program called the HMO for Artists, where about 600 creatives from different art sectors and their families avail HMO benefits by paying reasonably priced health insurance.

In April 2020, as the Covid19 pandemic caused havoc on lives, jobs, and the economy, AWPI became a fund manager of different fund-raising activities initiated by artists.

Many events were cancelled due to the pandemic, throwing artists out of jobs, thus no income. This drastic work disruption and dislocation prompted different artist groups to band together and raise Php 4 million. The amount assisted almost 2,000 creatives in need. More artists are needing assistance and support.

The most challenging project confronting AWPI currently is the development of a Philippine Registry of Creatives, which is aimed at preventing arts and culture workers from being left out of the government support mechanism and social safety nets, most especially the freelancers who have no regular sources of income.

The current AWPI is governed by a board of directors, with Fernando Josef as chairman, Carmela Manuel as president, Ronnie Lazaro as vice president, Dennis Marasigan as secretary, Lisa Macuja Elizalde as treasurer.

Even in the middle of the Covid19 pandemic, AWPI continues to champion the artists’ rights and welfare.

It is one of the leading organizations which value Filipino creatives, whose ranks include but are not limited to artists, culture bearers, craftsmen, culture educators, production workers, and other creators in the country. For AWPI, they are as essential as the other workers in many sectors. Artists, among others, help the country by nurturing the soul of the nation.

With continued support from its members, sponsors, donors, government and non-government leaders advocating the interests of Philippine culture and the arts, AWPI will continue to serve the Filipino artists and creatives in the years to come.

For more information on the AWPI activities and the ongoing HMO for Artists program, please log on to: awpi.ph or FB Artists Welfare Project Inc.