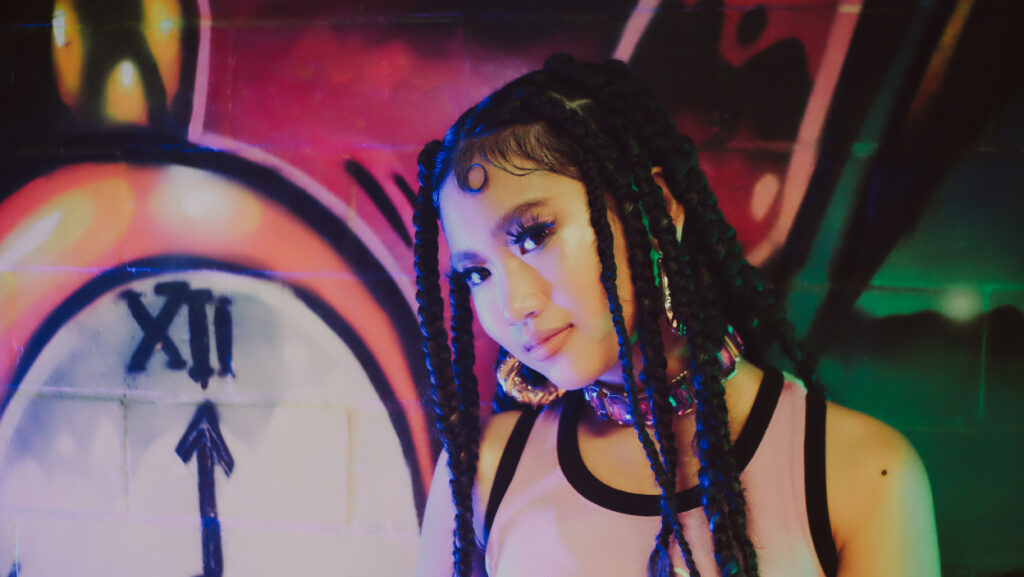 After gaining crossover success with her previous single “Yakap,” a charming ode to young romance in hip-hop/R&B form, Alex Bruce is putting her feminine swagger yet again on display with the release of her new track “Fake Friends.”

Propelled by spirited delivery and eclectic production, the prolific rapper’s supremely fun single takes a swipe at former friends who take more than what they give. According to Alex Bruce, the song pokes fun at the unnecessary drama caused by backstabbing pals, expressing her sentiments on how she refuses to be part of its narrative.  “Fake friends are everywhere, but I decided to focus more on pressing matters,” Bruce recounts. “This song is a return to form: a banger that allows me to speak my mind and be honest about what I feel.”

The versatile young rapper comes swinging with another standout that recalls her more unapologetic jams, with its vibe decidedly upbeat and packed with energy, and Bruce’s rapping conditioned for a showstopping performance that exceeds expectations without even appearing like she’s trying. The catchy tune is produced by frequent collaborator Cursebox and Brian Lotho, and co-written by Alex Bruce with her dad.

“This song is four months in the making,” says Alex Bruce. “I wrote the verses last year during the first lockdown, and I’m grateful that Sony was kind enough to give this tune a chance to be released in public. I’m really proud of the production and the unexpected transitions within the song. It’s quite a game-changer, musically speaking.”

The song’s cover art, which includes Bruce wearing venomous snakes on her head as part of a colorful collage, was designed by renowned artist War Espejo who has worked with the likes of Lourd de Veyra and Spot.ph.

The “Fake Friends” official release also comes with a performance video set to premiere on Alex Bruce’s YouTube channel at 7pm on June 30, 2021. Shot at the All Stars Dance Studio South, the endearing clip features Alex Bruce on vocals, with fellow Nike endorser and Philippine All Stars’ very own AC Lalata as the choreographer, and Titus Cee as video director.